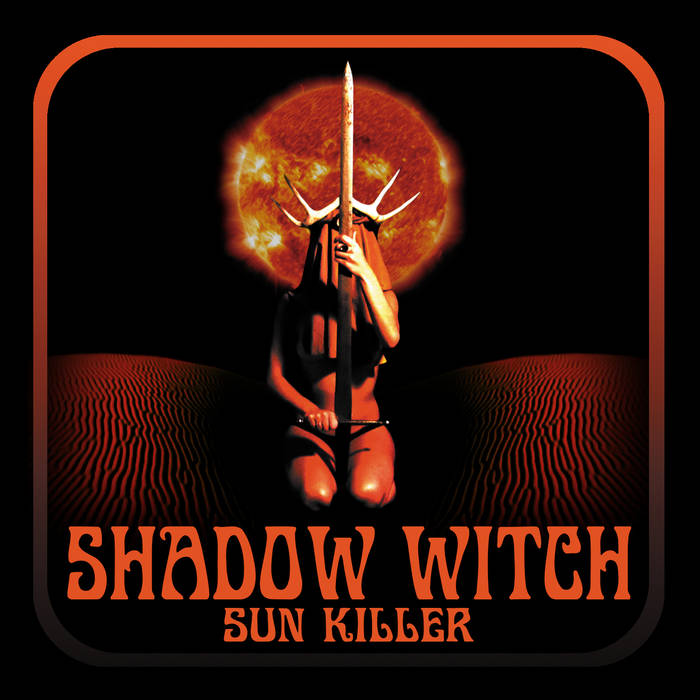 New York stoners Shadow Witch have dropped their debut full-length album in mid August and it does not disappoint. This album, titled Sun Killer, has 11 tracks for you to bump to. Different elements are spread throughout Sun Killer to keep things refreshing while you listen.

There is a steady typical stoner rock sound on some tracks. By typical I do not mean boring or generic, but inclusive of traits commonly found in stoner rock as a genre. What I mean for Sun Killer specifically is that the songs are oriented around the fuzzy guitar riffs and somehow melodic vocals. I don’t want to say the singer sings badly (because he does not), but he also doesn’t have a sing-song voice. It is very similar to Demon Eye’s vocalist, but with less attack on the song than Demon Eye’s vocalist does. Don’t let that make you think Shadow Witch’s vocals are totally chill man because there is plenty of feeling in the vocals and there are times where the man gets loud. He does it at the right times and really has a tight grip on the songs. On “Creeper” he moves with the riffs, but adds a slight twist to it. His voice wraps around the fuzzed riffs like curling smoke. This song title is very appropriate for the music because this is the most psychedelic song on Sun Killer. The pacing of the song along with the drumming really gives the overall atmosphere a creeping musical appearance.

Contrasting to “Creeper” is the following song, “Snout”. It’s is a much dirtier song in almost every aspect. The guitar(s) tone is dirty, but clear enough to tell what’s going on, the vocals have more grit, the lyrics (are dirtier than other songs), and the sludgy bass just adds to the muck. “Shadow Witch” is another gritty song, though not quite as gritty as “Snout”. “Shadow Witch” would definitely be fun to listen to on a purple haze sort of evening between the earthly riffs next to otherworldly vocals. As I just explained, the vocals don’t really put much attack on the songs, but the effects used give every song more reason to headbang. I’m a big fan of echoes on vocals and echoes are all over Sun Killer. There’s something about echoing vocals and fuzzy and wah’d guitars that just ring with my soul. “Headless Army” indulges in the pleasures of vocal effects and wah more than other songs.

The songs I did not mention kind of do the same thing from a structural point of view. They are the ones that I was referring to when I said Sun Killer has a steady, typical stoner rock sound on it, but that is not a bad thing. I like every song on this album and I like the instrumental tones as well. I’m not really picky with guitar tones in music styles of this nature because fuzz is a dirty tone no matter what you do with it. It only really bothers me when it’s really muddy or cheap sounding, which Shadow Witch does not sound like.

Like I said: on a purple haze sort of evening if you catch my drift. I can see myself listening to this in the night time after things have settled, but I don’t want to be totally relaxed yet.