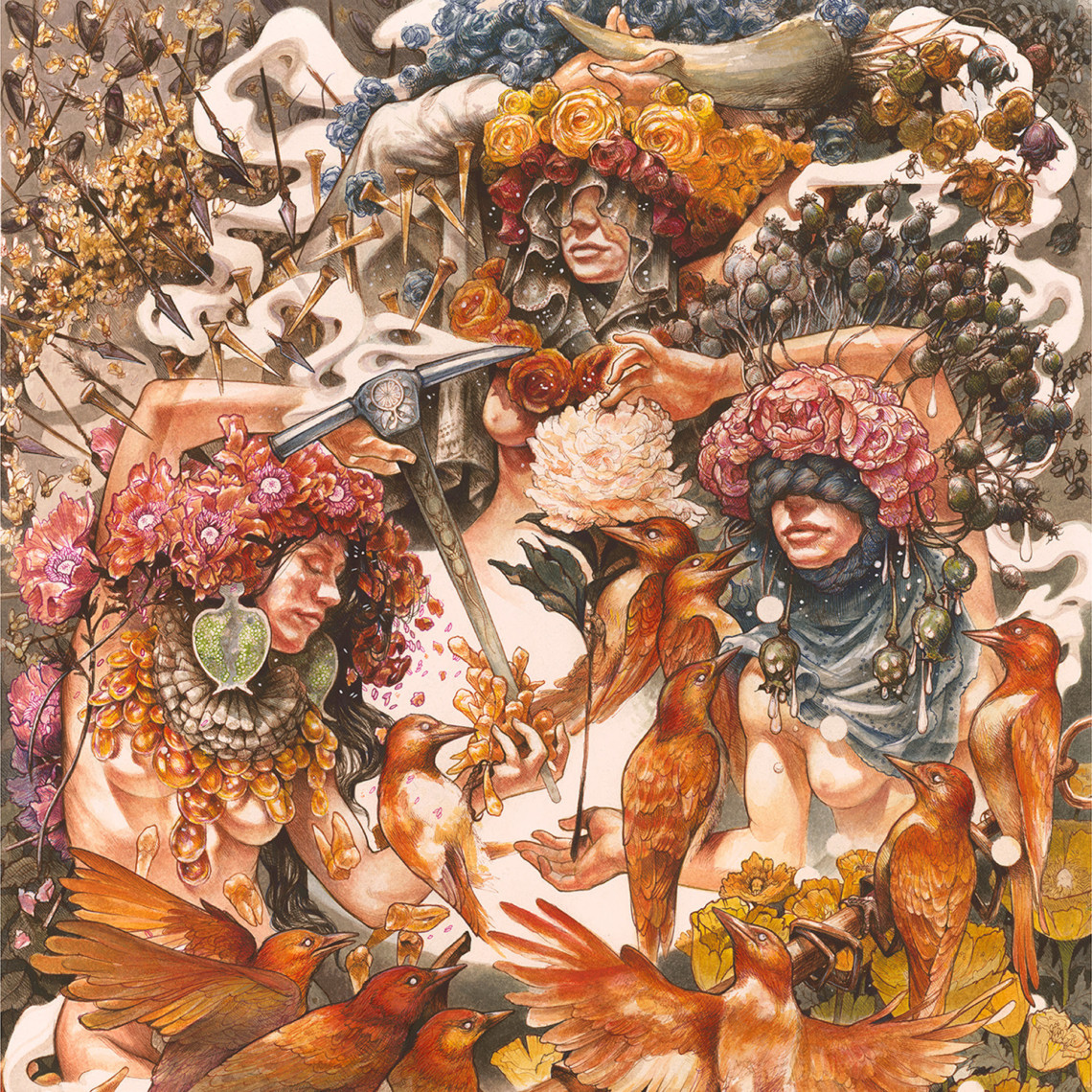 It is a bittersweet end for Baroness’ records palette: more grey than gold in their fifth work.

In contrast to the atmosphere, when we talk about musical careers, the higher one is, under the more pressure he feels. Baroness have been climbing step by step, never rushing nor stumbling, since their red album. From then on, they have changed their sound, making it more tender and ductile. Nevertheless, they have done it with the rare skill of keeping their old fans close while gaining worldwide popularity.

The gorgeous cover by John Dyer Baizley helps you getting into best of moods before the record starts playing. The robust groove of “Front Toward Enemy” takes up things exactly where “Purple” had left them almost four years ago, and it shows what Baroness can offer at this point in time.

If there is anything sure about a Baroness record is that, besides the final quality of their product, they are not repeating the same recipe again and again. They always add new ideas and concepts to their tracklists, like the blast beat in “Seasons”, maybe inherited from their tour with Deafheaven. On the other hand, “Tourniquet” has an interesting bass line but a shy ending. It is not until the epic and catchy “Throw me an Anchor” that we get a truly memorable Baroness song. Precisely because it is such a good track indeed, that the guitars mixing in it sound inexplicably canned and sloppy.

This will be, in the end, the big downside of this record. Its mixing, production and compression are not in accordance with the great tracks that are in it. For example, “I’d Do Anything”, openly emotional, which shows the most moving and melodic Baroness side. Or “Cold-Blooded Angels”, which starts as pop track to end up delivering some solid riffs made in Savannah in its second half. The other objection I make to this tracklist is that it is incomprehensibly long. It is safe to claim that most of the interludes are just not worth their inclusion in it, and they only interrupt the overall rhythm of the album.

Entering the final stretch of the record, the level rises up. “Broken Halo” reveals itself as an awesome song, again punished by a poor compression. Meanwhile, in “Borderlines”, it is truly remarkable the contribution of the new guitarist Gina Gleason and bassist Nick Jost. A final recovery that ends up in a warm “Pale Sun”, leaving us with a good taste in our mouths.

There are not many potentially huge bands like Baroness out there, of the kind that may be a true replacement for the old myths from the 20th century. So even if it is not their best effort, it is still mandatory to give “Gold and Grey” a chance and look for some precious metal in it.

Usually, Baroness records proggy side is better enjoyed in a calm state, probably with some headphones. In this case, due to its poor production, I am not so sure. I am curious about the final result for the vinyl version too, it may worth a listen.

If you are not familiar to the Baroness discography, this one might not be the best choice with which to go into their amazing material. I would try “Blue” if you are a true metalhead, “Purple” if you are into epic rock hits, or “Yellow & Green” if you are, well, a weirdo.