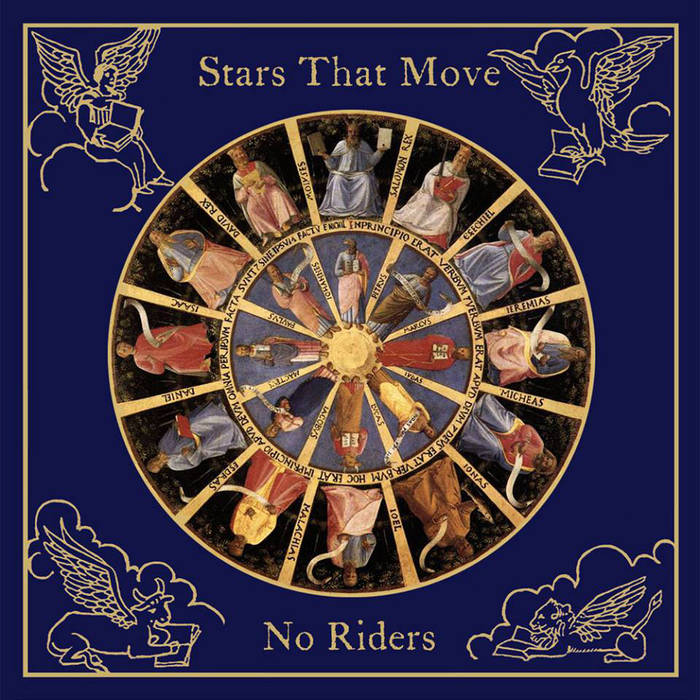 Stars That Move are back, this time heavier and darker than ever!

Stars That Move is a band from Georgia (US) which consists of ex-Starchild members Ric Bennett (guitars, bass and vocals) and Frank Sikes (drums) alongside Ric’s wife Elisa Maria Moreno (vocals). The band plays a strong mix of Doom Metal, Stoner Rock, Psychedelic and Dream Pop. Active for the last couple of years, the band released their debut self-titled EP in 2015, showing their potential between the emerging bands of the heavy underground scene.

For their second album, the band delivers a heavier and darker sound, showing a stronger musicianship and some of the best vocal works of 2016 so far. Another point in favor of the album is the artwork of Barla Horn, a beautiful design full of details that cries loud for a vinyl release in the near future to fully appreciate it.

“The Devil’s Fountain” opens this release with some haunting guitar riffs and thunderous drums. Behind the instruments emerge powerful vocals trying to create an ethereal and misty mood. With a vocal performance that reminds me of Elizabeth Fraser (Cocteau Twins) and Hope Sandoval (Mazzy Star) but with a heavier and darker atmosphere, I can only think of a new musical subgenre in the heavy scene: Dream Doom. That’s right, for me Stars That Move plays Dream Doom!

“Witchtower” is a song full of references to the early Doom Metal American scene, specifically to Pentagram and the guitar work of Victor Griffin. I really enjoyed the bass work that Ric did on this one. “Castles” is another song that benefits from Elisa Maria’s pipes, the vocals are more trippy and psychedelic and Ric’s guitar tone reminds me of the early heavy bands, like Blue Cheer, Blue Öyster Cult, among others, for which the listener its transported directly to 1969-1970.

“Lost Beyond The Stars” is the more melodic song of the album, with some beautiful twin guitar arrangements thanks to Ric’s work. “Burning Village” is a doom metal feast, slow, downtuned, somber, with reminiscent to early Black Sabbath or American doomsters Saint Vitus. To keep things Sabbatesque, “Oh, Sharon” is another tribute to the “Riff Master” Mr. Iommi, a song that benefits not only of the strong musicianship but of the good lyrics and the heartfelt with which Elisa Maria sings.

“TV Dinners” caught me by surprise, because I wasn’t expecting a ZZ Top’s cover, and I must say the band did an excellent work adding their own sound without losing the essence of the original. It’s a very good song that fits with the album’s general mood. The album comes to an end with “People Of The Sea”, a song with bluesy and boogie vibe, which recalls to The Doors “L.A. Woman” days. Also is a song that allows Frank to hit the drums in a very powerful way. For me, it’s a perfect one to close a magnificent album.

After listening to this album carefully, I can tell you without any doubt, that Stars That Move sophomore release is gonna be one of the best albums of 2016.