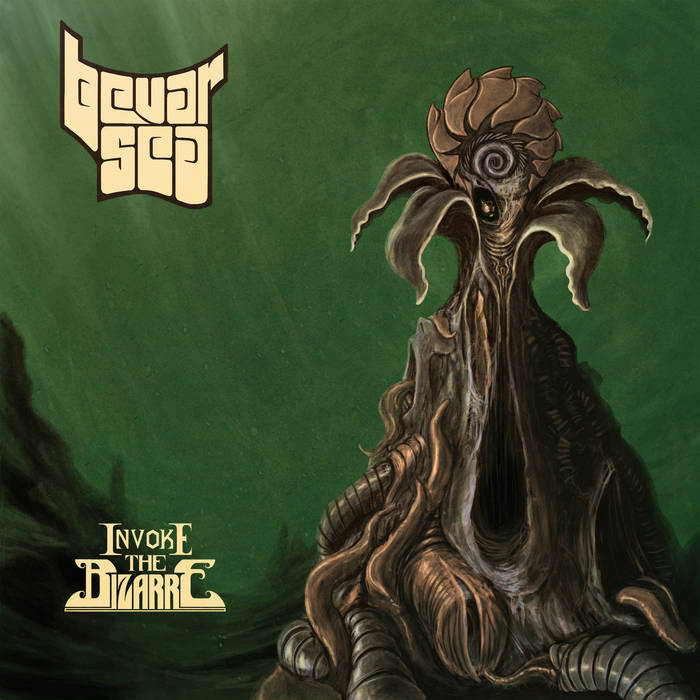 Prepare to Be Crushed by this Indian Bearded Giant!

Bevar Sea is a Stoner/Doom Metal band from Bangalore, India formed in 2008. The band name is a Kannada and Telugu term for “Bastard”. They have been on the map of the heavy underground scene at least since the release of their debut album released in 2012. That album was fantastic in all senses: musicianship, compositions, heaviness, the cover art -thanks to their guitar player Rahul Chacko- and, of course, the mixing and mastering job done by Billy Anderson, who needs no introduction. In this sense, expectations were very high with for their sophomore album.

The first thing I have to say about this album is that when you look both at the cover art -again a fantastic work by Chacko- and the album title, you expect to be served with a feast full of dense riffs, fuzzy basses, crunchy drums and raspy vocals, and that’s exactly what Bevar Sea delivers in 46 minutes of heavy delight.

The first track, “Bearded And Bizarre”, sets the tone for the whole album. It’s an incredible piece full of stoner metal riffs and some heavy doom in the middle section. But as if this was not enough, with “Bury Me In NOLA” and “Sleeping Pool”, the band give us a pair of doom metal songs, that would appeal to fans of Sleep or his filthy little brother High On Fire. At this point, we realize  we have a band that has improved their musical and composition skills.

The second half of the album begins with “Where There’s Smoke (There Is A Pyre)”, a tune full of heaviness and slow riffs which increase in speed after the first minute and a half to dive into heavy metal waters. “Heathen” is a short acoustic piece that could fit perfectly on a Black Sabbath record, also serves as a transition for the longest and heavier track of the album, “The Grand Alignment”, a song with excellent guitar solos, and some intense singing full of hate and desperate screams thanks to their vocalist, Ganesh Krishnaswamy.

After the album ended, you realize you have been spoiled with a musical roller-coaster. As I said before, not only the band has improved their writing and musical skills, but also the album have an incredible sound. For that, we have to thank the mixing and mastering job done by Matt Lynch – owner of Californian studio Mysterious Mammal Recording- a recording and mastering engineer with a resume that include bands like: Snail, Nebula, The Ultra Electric Mega Galactic, Ride The Sun, and others.

Check their Bandcamp profile, the band offers some incredible bundles to accompany the purchase of the album.