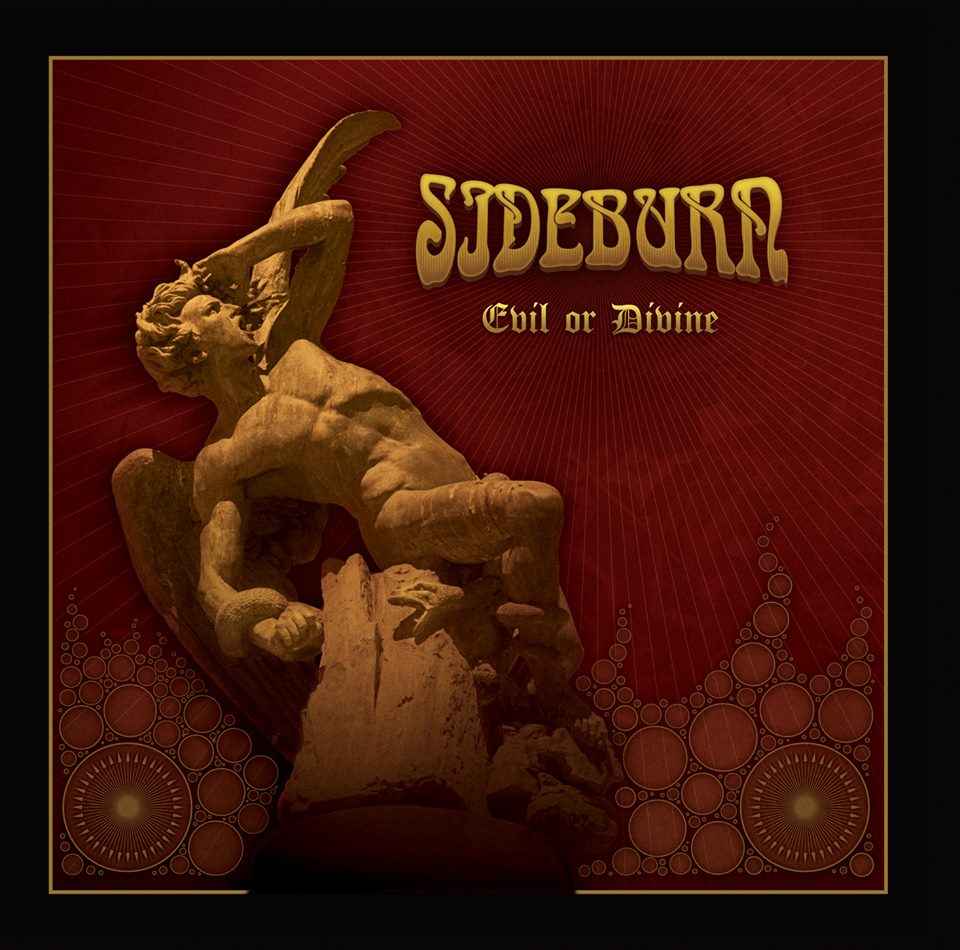 This is more Metal than your average dose of Fuzz, and you know what? It’s a good thing!

Sideburn is a Swedish band founded in 1997 that counts with 5 LP’s of pure heavy and hard rock to date. They released their latest album “Evil Or Divine” this past June, so I have to apologize for being late to this strong and magnificent effort.

This is not the average stuff we usually review in the blog, but make no mistakes, here you’ll find a band throwing into the bag elements of stoner, doom, blues, hard rock, heavy metal and grunge to create a very good proposal. If you’re of those in need of tags to consume your music, I have to say Sideburn plays hard rock and heavy metal, period.

The first song “Masters And Slaves”, kicks off with some heavy and slow riffs reminiscent to grunge bands from the late 80’s, specifically Soundgarden in their “Badmotorfinger” days. In its middle section, the band hits the clutch and speed up the tempo to transmute into a heavy metal song. If you ask me, I think it’s the perfect tune to set the pace for the whole album.

With “Sea Of Sins” Dimitri Keiski show us the good set of pipes he has, also Morgan Zocek delivers some powerful guitar riffs and good solos. For “When Darkness Calls” the band slows down the rpm, darkens the tone and treats the listener with a blues inspired tune that closes with some very good guitar melodies.

The second part of the album begins with “The Seer (Angel Of Death)” and “The Day The Sun Died”, two long songs that show us the doomier side of Sideburn. For “Evil Ways”, the band goes all the way to the 70’s and takes the classic heavy metal bands such as U.F.O., Riot, and others, as inspiration. The album closes with “Presence”, which starts with a good acoustic guitar arrangements and some background percussion to evolve into a very good musical climax.

After listening “Evil Or Divine”, you know this is not your average stoner/doom album, but Sideburn delight us with great tunes, showing their musician and writing skills. In this sense, I think this will appeal to stoner and metal heads in the same way.

You can find their previous album in their Bandcamp profile, but it would be nice if the band made available all their records there.

The Day The Sun Died