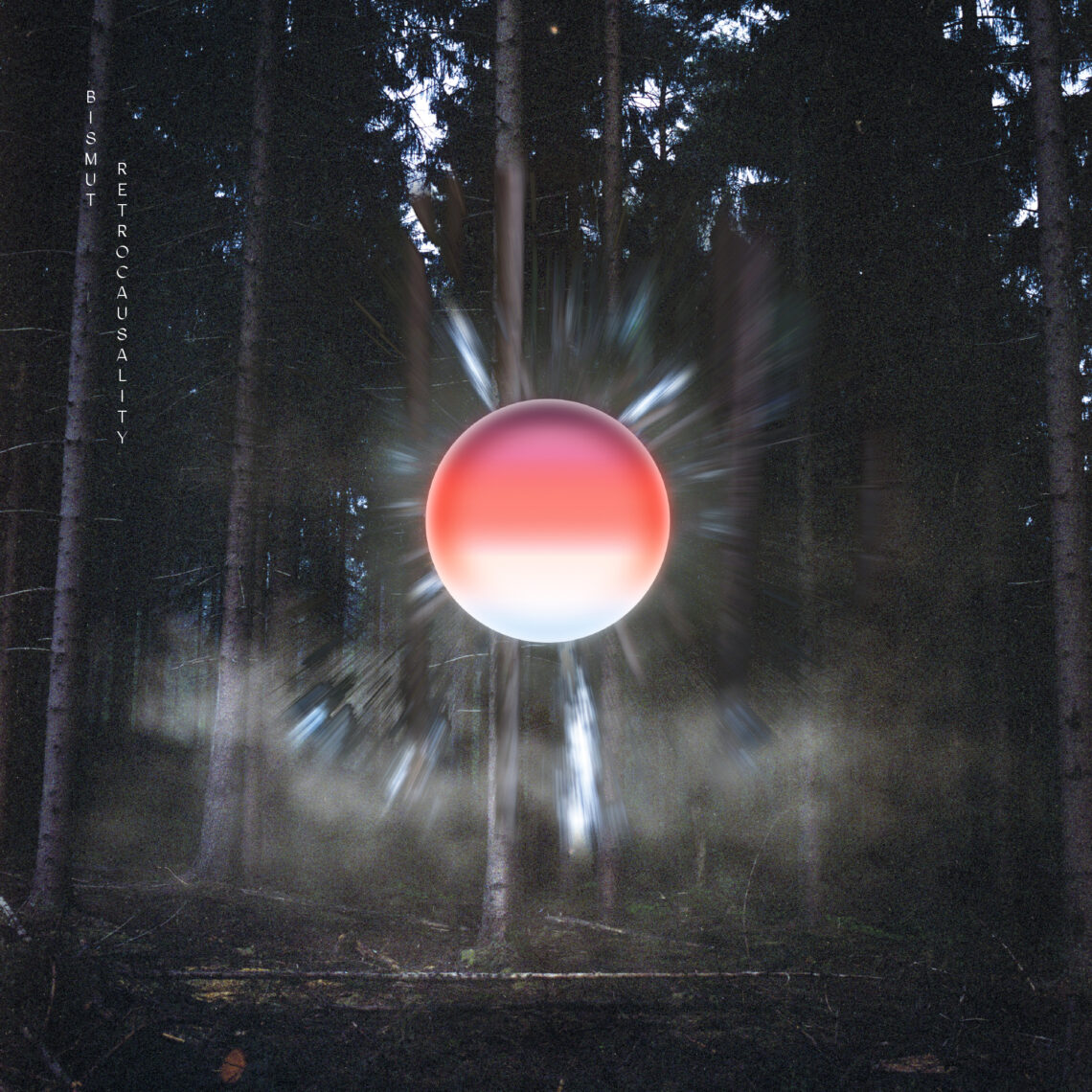 Born in the caves of Nijmegen in 2016, the Dutch trio granted us the amazing slice of Progressive Heavy-Psych that is “Schwerpunkt” 2 years ago. Since then, they toured in Europe, refining their groove and sound through lots of great shows and festivals (Yellowstock, Desertfest Antwerp, Sonic Whip, Into The Void…). Today they present us the brilliant result: “Retrocausality” is a bomb of progressive grooves, pulsing tension, fat riffs, and heavy thrusts across the universe!

Bismut is a band that takes its time to bring you where they want. They build-up an atmosphere, play with the tempo, and your emotions, inducing a trance, preparing you for the next twist.

Twisted it definitely will be, each of the songs of this new album is a whole journey in itself. Oscuramento surely sets up the mood, steadily progressing through the stratosphere, appearing through a fog of Fuzz. The implacable thundering of Peter keeps the pace bouncing at all times, always in harmony with Huibert’s basslines. They both bring lots of welcomed heaviness while always leaving enough space for their kickass groove to express itself. Nik grants us with his natural skills to develop progressive riffs and math melodies all along the ride. After a quick break mid-song, the riff kicks back, heavier and fuzzier, increasing the tension before eventually slowing down.

Non-Lokaliteit takes up the torch properly, starting on an angry riff to shortly come down with an anxious drift. After the storm comes the calm of a jazzy incursion, soothing our ears, to even come to complete stillness. It doesn’t stop here and comes back softly at first, then recall the oppression of the beginning of the song. It goes on from there, with the guitar shrieking in between two riffs, becoming meaner and meaner until the full frenzy. I love this kind of build-ups and melodies, this furious drive forward, noisy and almost dissonant, echoing and piercing through the void, swirling around the rhythm section.

With Predvídanie the trio comes back to a more groovy territory, all three instruments roaring together into a light-speed course. They have an amazing way of building tension through several layers, taking you through each doorway to the next level. While taking time to explore a bit each level and letting you resonate with it, process it, toying a bit with your expectations, they’ll eventually join into a frenzy to climax in a glorious and heavy blast.

While keeping the same recipe throughout most of the album, every song shows a different facet of the raw and dense diamond that is Bismut. Varasaga growls patiently, waiting for its time to erupt. And when it does, the energy flows so strong, as if a dam just broke, submerging us in heaviness. As you will have understood by now, that’s not even half of what the song has in store. The groove returns to soothe us, only to build-up again crazily to the apex, before slowing down progressively…

Vergangenheit is the German word for “Past”, maybe that’s why the intro suggests a more oriental display. But as soon as the riff and heaviness kick in, I can’t help but picture myself in a spaceship going through an asteroid field, rushing through, regardless of what’s in the way. With a few reverberating jazzy blazing breaks in between thunderous sections, the groove steadily takes over the second half. The guitar goes on full spacey noise at first, before rejoining the pack, setting the course for a glorious pinnacle.

Funnily, the last song is also the shortest. With the 5 first tracks being around 13min, Antithesis, with its fitting name, rounds off the album in less than 3:30! Not giving so much time to the band to develop their usual progressive style, they sort of did it anyway. With the first two minutes spent in otherwordly noises, they bring the last riff, as the cherry on the cake, just in case.

Retrocausality is one of the most interesting and dense albums I’ve put my ears on this year. Bismut have outdone themselves with this follow-up and I’m sure it will keep unraveling mysteries for the next dozen spins. For as they take their time, we shall do the same to appreciate it fully.

Be patient, let go, and enjoy the galaxies passing through the porthole of this amazing heavy and groovy sound spaceship.

In the comfort of your couch, at night, ready to drift away in a massive sound.