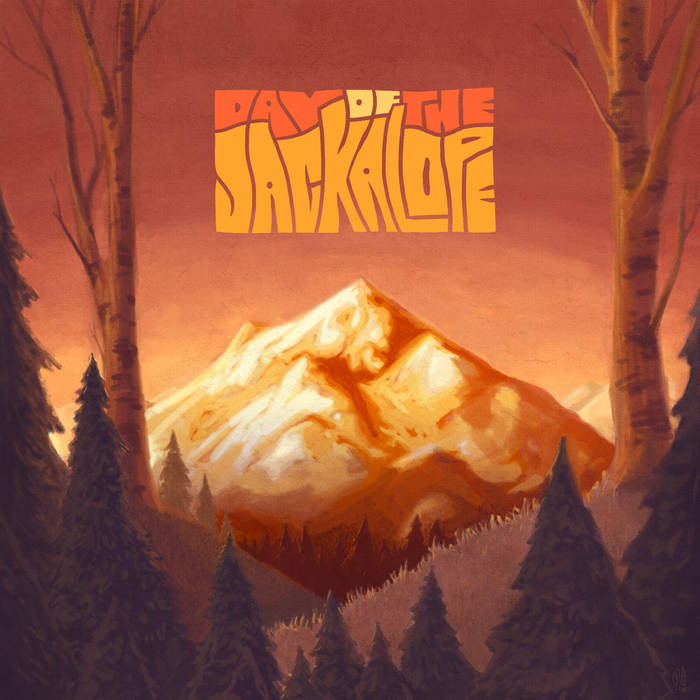 Day Of The Jackalope‘s debut EP was recorded in May 2015, mixed by Jonas Kjølstad at At The Loft Recordings and mastered by Audun Strype (Motorpsycho, Turbonegro) at Strype Audio and was released on 29th January, 2016 via Heksekunst Productions.

The following press release gives you a great insight into what this band from Oslo, Norway are all about:

“Day of the Jackalope plays übertight blues-based groove rock reminiscent of Clutch’s youthful aspects, echoing the days of Led Zeppelin and Leaf Hound but with a smoky and more beer drenched fierceness.

Yet, it’s not all straight forward rock’n’roll with these guys. The instrumental parts are sophisticated, with an expression that oozes joy and enthusiasm, and they also deliver some epic spaced out parts.

You will find your feet stomping and your head nodding to this little gem of stoned blues-rock, coming straight out of the cold north.”

‘PTSD’ is similar in style to the opening track, with the highlight for me being the break at the mid-point of the song where Lars Brodal lays down a sick bass groove on top of Bard Sigurdson‘s dexterous stick-work before Jens Andreas Storaker compliments the sound with some great fuzz guitar.

‘Profiteer’ opens up with a nice riff which features periodically throughout this tale of economic Armageddon. The sound then goes off the charts with Storaker’s guitar solo near the close of trading of this particular musical tour de force.

‘Take It Back’ is another snarling brute of a rock song, full of energy and guaranteed to get you moving.

The aforementioned Clutch influence is very much in evidence in ‘New Lies’ featuring some classy variations in both the vocal delivery and musical tempo during the song.

Day Of The Jackalope is clearly a group of musicians that care enormously about the quality of material that they release and judging by the photos on the band’s Facebook page they also enjoy taking it out to the fans in the live arena.

I’m extremely confident that their fan base will be growing rapidly in the very near future.

Would make an excellent addition to any party playlist or to get you fired up for a great night out.

Guitarist Jens very kindly provided me with a comprehensive list of the band’s gear for all you tech geeks out there (I’m looking at you Mr. Fuzz

Bass: Ampeg and a Tubescreamer.

Clutch, Queens Of The Stone Age, Geezer, Church Of Misery

Day Of The Jackalope Links