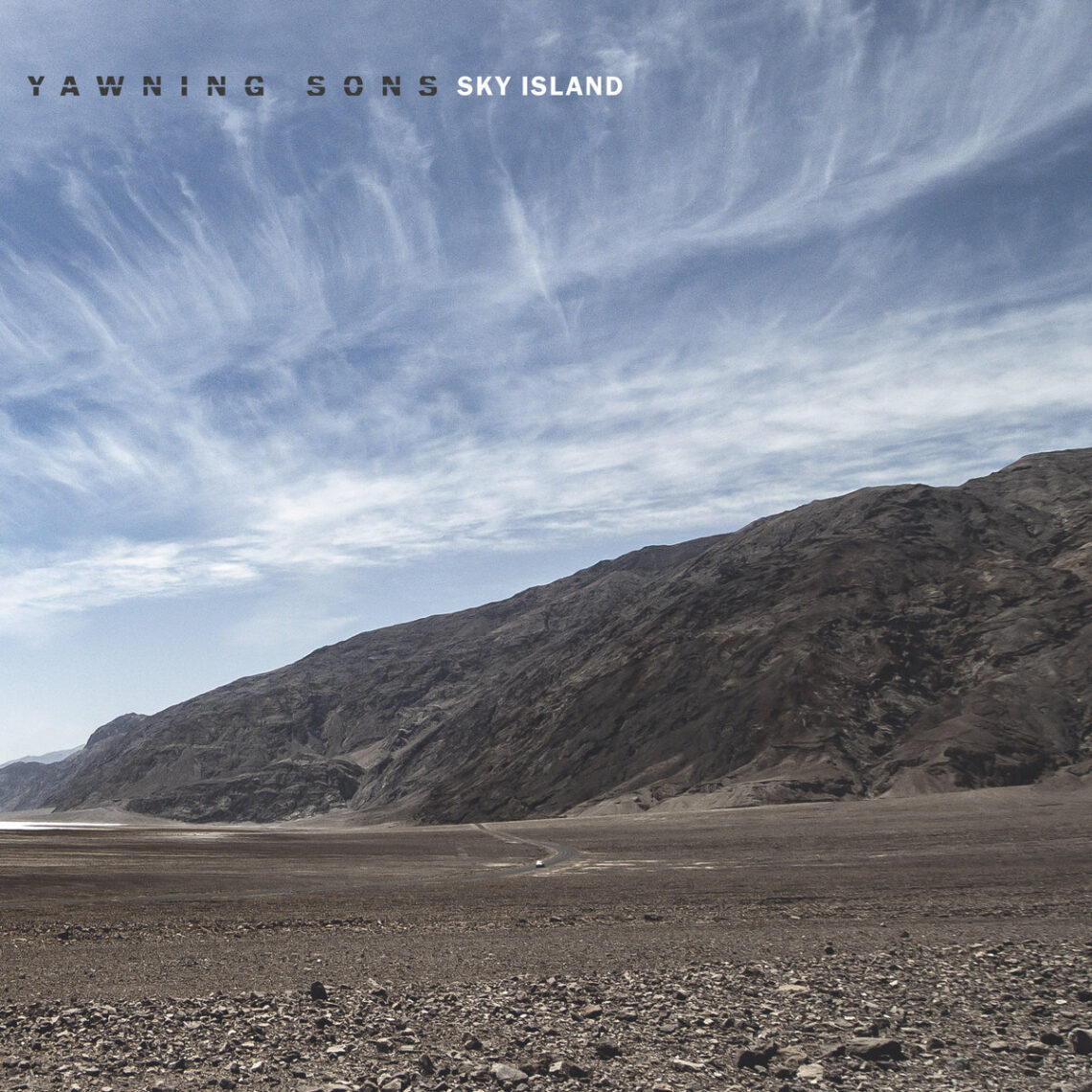 Twelve years after cult album Ceremonies to the Sunset, super band Yawning Sons is back on Ripple Music with their second opus Sky Island. Put on your space-surfing suit and dive deep into Yawning Sons refreshing psychedelia.

Back in the late 2000’s, British instrumental rock band Sons Of Alpha Centauri called desert rock wizard Gary Arce (Yawning Man, Fatso Jetson) to work with them on their second album. The album never went out. Instead, they gave birth to a new album that quickly became cult: Ceremonies to the Sun, by Yawning Sons.

Twelve years later, Yawning Sons are back and they invited some friends. And not just anybody: Mario Lalli (Yawning Man, Fatso Jetson, Desert Sessions…), Scott Reeder (Kyuss, The Obsessed), Wendy Rae Fowler (Queens of the Stone Age, Earthlings?), Dandy Brown (Hermano, Orquesta del Desierto). The result of this collaboration is labeled Sky Island. It sounds like desert rock surfing on post-rock waves until reaching the upper limit of the atmosphere. And it sounds great.

Sky Island begins with a hit. “Adrenaline Rush” is a short but super-efficient track. It displays a classical melodic construction bathed in infinite reverb. The chorus conveys an irresistible blow, like a wind of psychedelia. The kind of tracks that will definitely stay in your head. Then comes “Low In The Valley”. A slow post-rock build-up creates a foggy atmosphere. Melancholic clear guitar notes fall like a cascade until the first climax. The chorus feels like contained magma that slowly gains pressure. Dandy Brown soulful singing almost gives goosebumps.

“Cigarette Footsteps” brings more desert rock accents. The longest track of the album works as the way through a cosmic desert. Magnetic and telluric forces – brought by saturation – clash in a celestial ceremony. Yawning Man Mario Lalli’s voice cruises among a ballet of intricate guitars. Next one “Passport Beyond The Tides” constitutes a long ambient interlude. A visual track that displays Yawning Sons’ ability to shape cosmic and aquatic soundscapes all at once.

Then comes “Shadows And Echoes” with its way more classic bass/drums duo. Yawning Sons enters post-rock territory and Wendy Rae-Flower’s enchanted voice is here to guide you. This track also stays stuck in your head with its upbeat rhythm. The sixth one “Digital Spirit” has something from an anthem with his wide heavenly singing. Trippy melodies and percussion remind 60’s psychedelia.

The next one is entitled “Gravity Underwater”. A nice solo beaks the progression and orientates the music to a more southern rock side. The singing cries freedom out and makes you feel like you want to take the road. “Limitless Artifact” closes the album with a magistral desert rock jam. All the ingredients stand here: intertwining guitars, infinite reverbs, heavier bass/drums duo, ethereal modulated melodies. It sounds epic and cosmic. It feels aerial but still there’s this desert rock attraction force.

Finally, Yawning Sons is a good example of super musicians from different horizons coming together to craft super music. The alchemy between them sweats out and gives birth to their own musical signature. Just enjoy, and keep space-surfing!

This album definitely needs to be part of your next surf trip playlist.