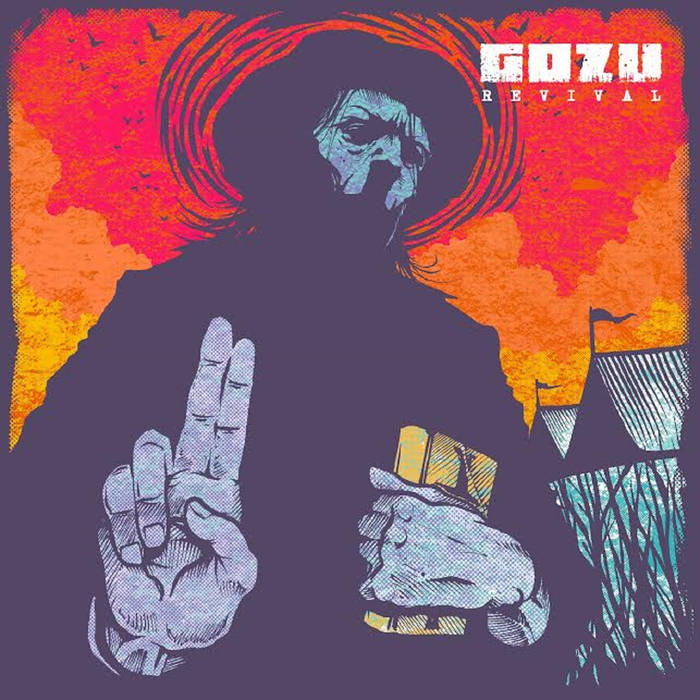 Relaxing Never Had So Much Energy !

Stoner Rock band Gozu has finally brought us another album with Ripple Music entitled “Revival” after 4 years of waiting. Gozu hails from Boston, Massachusetts and consists of 4, sometimes 5, members: Marc Gaffney (vox/guitar), Mike Hubbard (drums), Doug Sherman (guitar), Joe Grotto (bass), and sometimes Jeff Fultz (guitar). Describing their music as something to make you “get in the f**king car!” Gozu sure does have a charm to it that can satisfy the mood of several occasions and situations.

Revival is hardly a revival for Gozu since they never died, but its healing nature holds true. By healing nature I don’t mean it’s so trippy and psychedelic that it ascends you to a different plane, but it does assist when needed. When I listen to Revival, specifically ‘Lorenzo Llamas’ and ‘Bubble Time’, I feel like laying back and sipping on some hearty beer and letting whatever is going on around me happen while I watch. Don’t get the wrong impression, this is not a doom record nor is it very tranquil. ‘Lorenzo Llamas’ and ‘Bubble Time’ are both relatively calm songs, but they are still filled with fuzz and still carry a head-bobbing kind of sound and progress appropriately.

‘Lorenzo Llamas’ starts off clam then works its way up a bit. It’s simple, gets to a nice little hook with thick drumming to support, then gets to a short, but sweet solo. I like the ending on ‘Lorenzo Llamas’ because it brings the song full circle with the intro while still retaining extra details previously introduced in the song. ‘Bubble Time’ is definitely a more riff-oriented song while ‘Lorenzo Llamas’ focuses more on the progression.

Not all songs on Revival are the laid-back/watch everything that’s going on around me sort of deal and ‘Oldie’ is a good example of that. ‘Oldie’ keeps things moving at a nice pace without breaks, really. I dig the use of a pitch shifting pedal to add a higher harmony to contrast the low, fuzzy goodness that dominates this genre. The ending is a bit on the calmer side than the rest of the song, but it isn’t too different and is a nice way of ending a song like that because it prepares you for the proceeding song.

The most hard-hitting song on here is ‘Dee Dee McCall’. The riffs are faster and the drums are consistent with a groove. This is definitely a song to play in the convertible with the top down and the wind in your hair. ‘Dee Dee McCall’ is in the same vein as the opening song, ‘Nature Boy.’

I like the production on this album because every instrument complements the others. At times the vocals sound like they are on top of everything, but that’s not a bad thing. The vocal delivery sounds like a product of the fuzzy riffage and artistic enhancers. It sounds like the bass also has a slight fuzz on it. Too much fuzz on a bass can make the whole thing sound muddy, but Gozu does it properly.

Definitely on a road trip or after work and you want to relax to some hard rock.