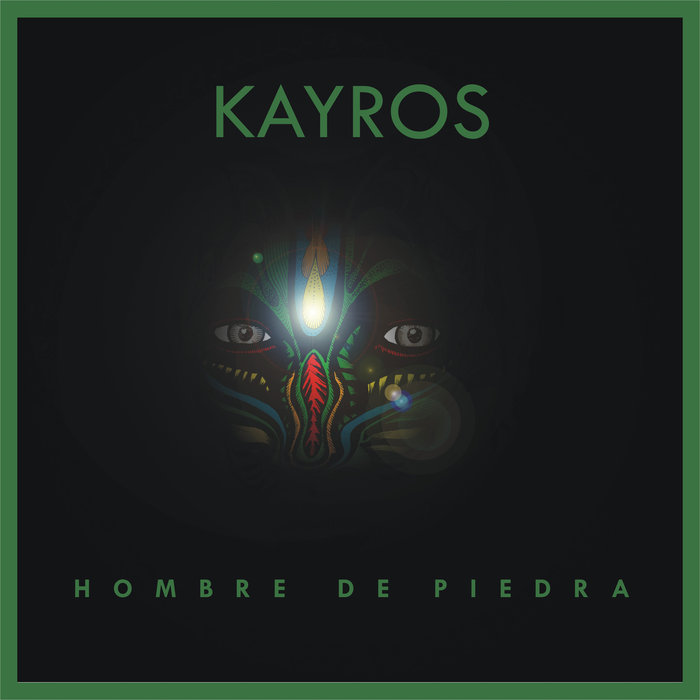 At the end of 2016 they released their third album, Hombre De Piedra, consisting of 8 tracks for a total of 47 minutes of sonic delight. The album shows a more tight and mature band, thanks to all the years of continues presentations in their home country and their neighbor Argentina.

The album starts in a magnificent way with the title track “Hombre De Piedra”. After the first chords, you can tell you’re in front of a band who is exploring new boundaries through the expansion of their musical expressions, incorporating elements of Space Rock, not so present in their previous albums. The song closes with a guitar solo, which for me is the major highlight. After this galactic voyage, the band turns their head to the desert in “Crisis RH2” a tune packed with high doses of fuzz, highly inspired by the Palm Desert scene, which has been so well expressed in the works of fellow countrymen Demonauta and Yajaira.

In the third track “Gaza”, the band approaches to a Heavy Psych sound which includes some ethereal vocals works to highlight these influences. In this track the band turns the attention to the indifference of many people about the situation at the Gaza Strip. Then it’s the time for “Ciudad Fantasma”, an instrumental voyage, which happens to serve as the bridge between the first and second part of the album.

“Circo Infierno” is highly influenced by the stonerized Sabbath sound of Master of Reality era. “Hacia El Abismo” continues the expansion of the band’s musical boundaries receiving inspiration from the 60’s and 70’s Heavy Psychedelia and Proto-Doom bands.

“Caminos Marginales” could be the doomiest song of the album. The song is constructed over some Sabbathian riffs played very slowly and hypnotically for over a minute and a half, then Jose Ignacio starts to sing and the band dives completely into a frenetic jam with reminiscences to the bands of the early days of Heavy Rock. The album finishes with “Insanidad” and as the title suggests, this a helluva song to close this album.

“Hombre De Piedra” shows a band that has matured since their sophomore release, expanding their sonic palate to become more than your average Stoner Rock band. This album is good, really good, so you better check it out immediately!

Apparently there’s gonna be a vinyl edition in the upcoming months, so stay tuned!