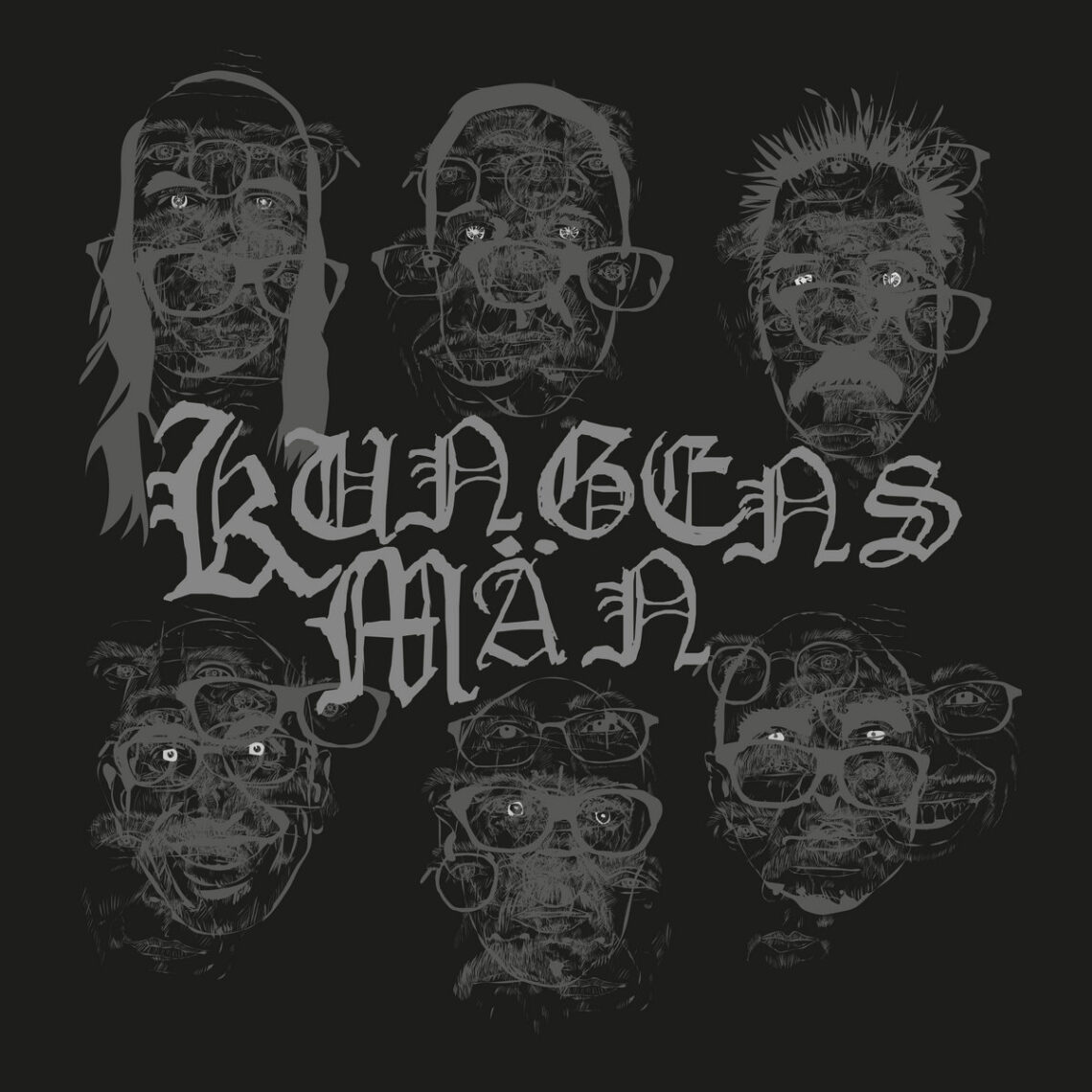 I have the feeling that Kungens Män is a kind of connoisseur best-kept secret band. Hailing from Stockholm, they’ve put out almost 30 releases since their debut album, in 2013, yet they seem pretty unknown. I discovered them a few years ago and especially fell in love with them on “Chef” (2019). Maybe you remember them being praised in Mr. Omen’s 2019 top or my own 2020 top. They’re definitely one of my favorite go-to trippy bands ever, and seeing them live last year confirmed everything I already felt and even more. Their gig was a bubble in space and time, made of happiness, contemplation, and exploration, keeping me in awe and surprising me with every minute.

They’ve put out recently (with Cardinal Fuzz & Adansonia Records) a 5 LP Box Set, “Innanför boxen”, with 4 albums released in 2015, 16, and 17, but never pressed on vinyl. They included Den nya skivan, an album made of 4 previously unreleased tracks in this super cool box. Last Friday was the official release day of this one, and I’ve been hooked on it since.

Kungens Män is a 6 piece improvisation psychedelic band and you can really feel that they let themselves completely loose and free in their music. After the super chill and wonderful Trappmusik from last year, this one can seem a bit heavier, and trippier. No saxophone, drum machine, or organ this time, but still 2 guitars, bass, drums, percussions, and synths, in complete harmony. A bit more into the efficiency direction if you want, but still with the distinctive identity previously built by the Swedish geniuses.

The opener, “Basfällan”, the longest of this album with 13min, takes off gently, setting progressively the course for the whole record. The motorik vibe is really the backbone of Kungens Män, and you can feel it everywhere in their music, and in this album. Developing around that, the guitars invite us to look past the horizon and propel us onto a beautiful trip. This one especially, in the way it sends us into orbit, reminded me of the opener from Mother Engine‘s last offering, “Hangar”. It’s 13min of serenity, yet full of forward-driven intentions, taking us by the hand and pushing us softly to discover the unknown territories they’ve unraveled for us.

“Andra hjälpen”, the second track is really dreamy and calm, bringing us completely inwards this time, hypnotized by the shamanic and meditative melodies and chants. This song is somewhere between The Myrrors and Yawning Man‘s galaxies.  Little by little, it gets more intense, without ever leaving the peaceful feeling, the crystalline guitar plays with us without really taking over, letting the vocals set the rhythm. Just before the end comes a pure blissful couple of minutes, as a ray of sunlight warming your face while you let yourself float in the fluffy white sea of clouds of your inner self.

“Uppskjutet uppskjutet” comes back to outer space, but in a different way. It starts with a strong relentless motorik rhythm and muffled background fuzzy noise, there’s almost no real melody past the bassline at first, more a succession of outbursts from the guitars and a few obsessive echoing synths notes. Midsong, things start to intertwine a bit more, showing patterns in the noise, binding the whole thing together, while keeping apparent global chaos.

That, right here, is why I love these guys so much, how they manage to bring together things that you wouldn’t think could work, and still, it makes perfect sense when they do it. It’s a sort of relaxed entropy with so many raffinate details that it seems the meticulous work of a master goldsmith rather than the improvisation is actually is. This is so brilliant, I’m pretty sure I’m gonna need a lot more listenings to really get a hold of this piece.

“Hamra med slutna ögon” is the spaciest (and last) track of the album, which remembers me of Cosmic Dead or Lumerians in a way, especially juxtaposed with the previous one. Launched by the guitar, quickly backed up by the ever-spotless rhythm section, this song takes back on the intentions from the opener, shifting the mood a bit, and bringing it further, further, further. They’re heading for the edge of the known Cosmos and take us with them into a deep space odyssey, leaving myriads of open possibilities in front of them.

As for us, we only have two choices after this, really. Press repeat, or take a careful dive in their universe of previous releases 😉

In a super comfy couch/hammock/armchair/bed, with your eyes closed to let your mind wander inside and out on those wonderful motorik sonic waves.

The LP and the amazing box it is also part of both sold out on the pre-order in just a couple of hours!!!