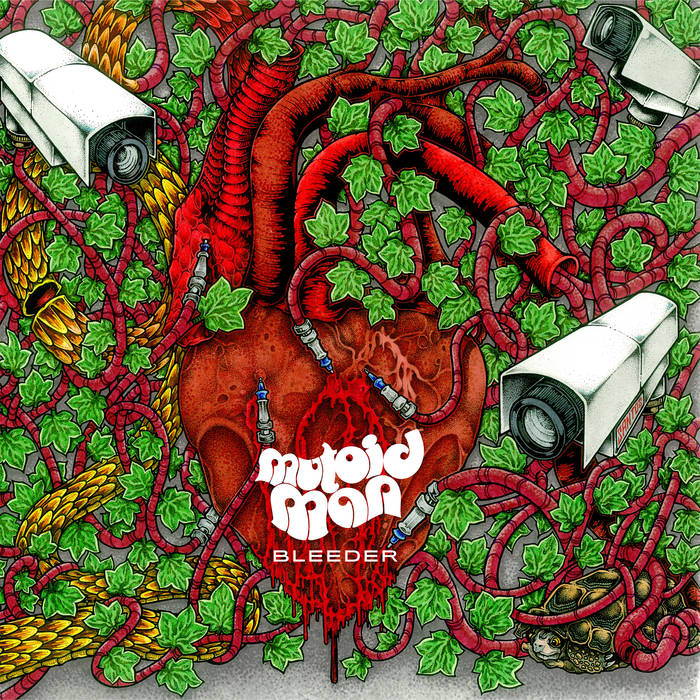 Saint Vitus sound engineer Nick Cageao then joined the band on bass, and the trio’s full-length debut album Bleeder was released in June 2015 on the Sargent House label.

The band is currently partway through a twenty date European Tour.

It would be fair to say Bleeder is a much more polished effort than the warts and all hardcore punk-fest of Helium Head, but in no way does that mean there is a loss of intensity or heaviness.

Bleeder rips along at a break-neck speed from the classic metal sounding opener, “Bridgeburner“, through to the closing number, the album’s title track.

In between we are treated to host of well-written hard rock gems with Brodsky’s vocal talents on full display. “Deadlock“ is a shining example of how diverse and at times complex this album is, a mixture of thrash, doom and sludge all in one three-minute song!

The longest track and my favourite on the album is the aforementioned “Bleeder“. It starts with a quite frankly beautiful melody which builds into a powerful and enveloping sound punctuated by Brodsky’s incredible lamenting vocals.

The album translates magnificently to the live stage, as I was fortunate enough to witness last week at The Underworld in Camden. Koller’s drumming is something to behold and the energy on stage was amazing. It was great to see the band enjoying themselves so much, joking around without compromising the quality of their performance.

Mutoid Man is an excellent band and the guys don’t take themselves too seriously, and I for one applaud them for that.

Photos taken from the gig at The Underworld, London :

At every opportunity. Very loud. With air guitar at the ready. Smile on face and rock out!

As well as being associated with numerous bands Stephen Brodsky has also released six solo albums.