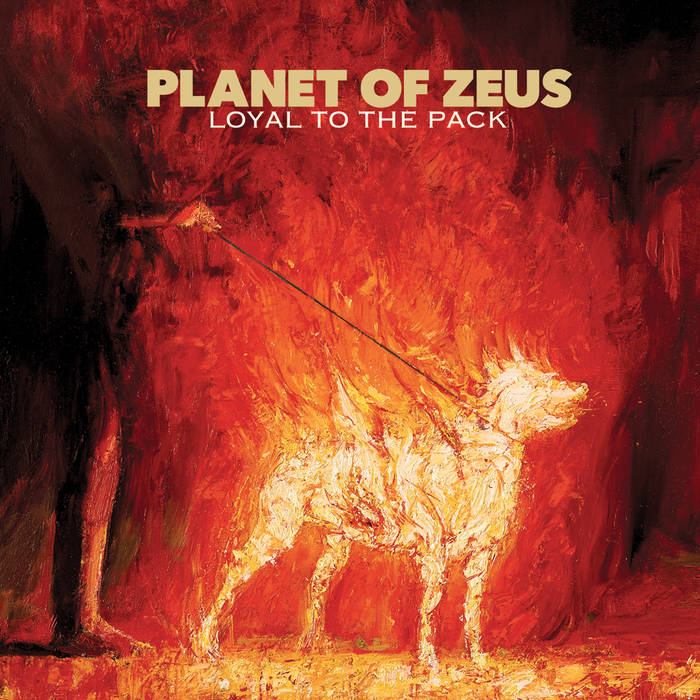 After all, do you stay loyal to the music?

“Loyal To The Pack” is the fourth album by Athens based Planet Of Zeus, one of the most prominent names of the rising heavy rock greek scene. With this effort they cement their position and they also succeed to distant themselves from the standards of stoner rock clichés and evolve towards a modern rock n roll approach.

This approach should incorporate a) all the melodic stuff from 70s hard rock, b) the groove-ness and the boogie-ness.  c) all the aggressive elements of 80s punk d) some provocative elements (e.g harsh vocals). Bands like Hellacopters, Kvelertak or Turbonegro take all the 70s heavy and hard and make it harsh and dangerous again – as it’s supposed to be. In this train of thought, the Athenian band created not only their best effort to date but one candidate for the best of this year!

They start by echoing the 70s hard rock groove with tracks like the Thin Lizzy -esque “Devil Calls My Name” and the power ballad “Retreat”. On the other hand, we can also listen to the abrasive vocals of Babis in the Mastodon-ian  “White Shroud” and the opener eponymous track.

Every band member has fun with the barn burner “Little Deceiver” and revokes the Clutch melodies in “Indian Red”.

On three particular tracks the band goes over the top muster their best sonic values. The sonic voyage of “Sea Bastards”, and the combo of straight up and face melting rock and roll of “Your Love Makes Me Wana Hurt Myself” and “Them Nights”.

All the legacy from the Southern rock backed with the ferociousness of MC5 and the radio friendly writing Queens of the Stone Age style and the blues turn of Metallica (Load era). The familiar groove of the band is a recurring theme from their previous efforts but this gem is a grower.

Traveling around with friends

“Loyal To The Pack” is produced by the band, recorded and mixed by Alex Ketenjian at Unreal Studios in Athens and mastered in Fascination Street Studios (Sweden) by Jens Bogren. The cover is a painting by Spyros Verykios titled “Burning Dog 2”.