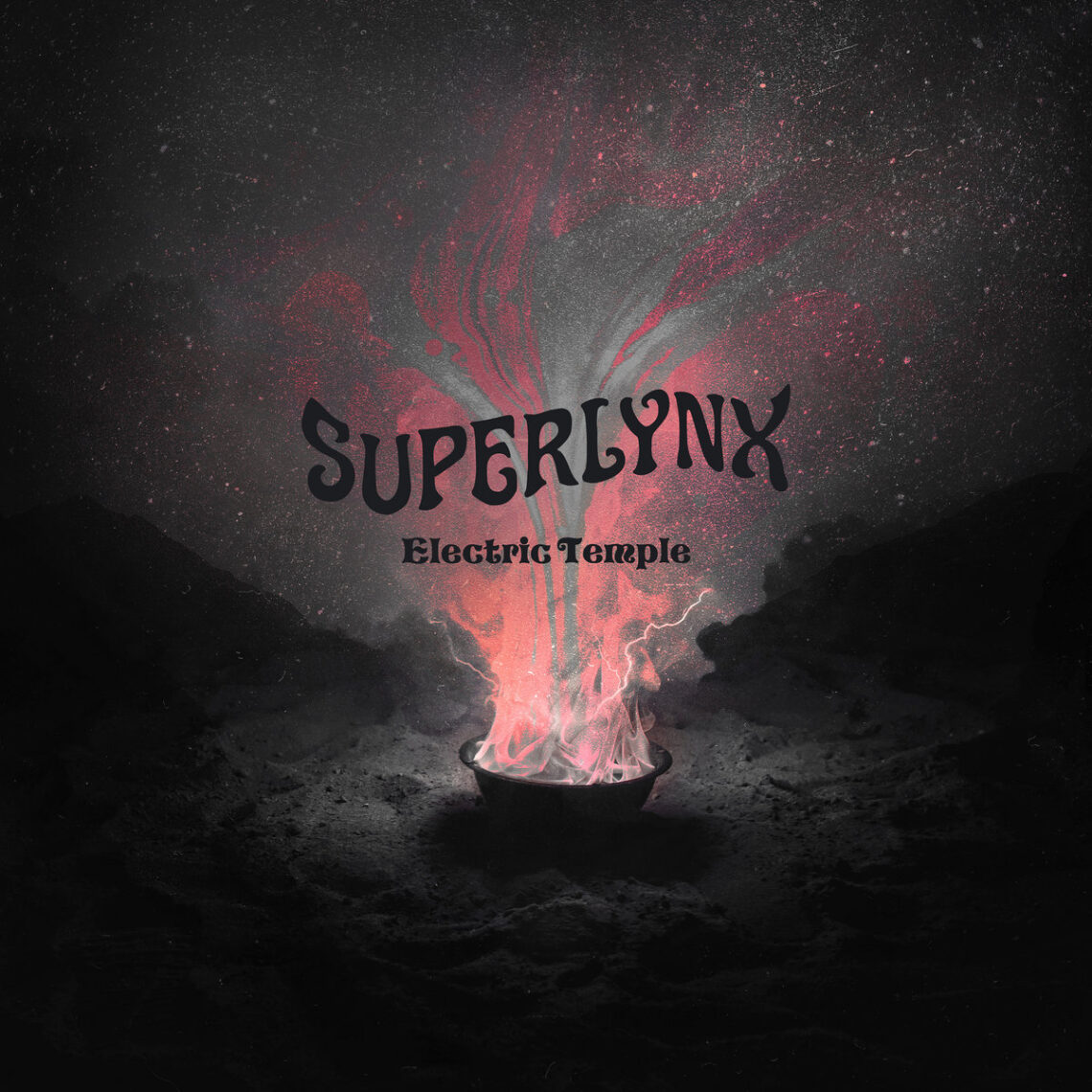 A mystical and emotional psychedelic journey

Soundwise, the new album Electric Temple is a continuation of the Nordic cool psychedelic doom soundscape of their first two albums. This time it also incorporates some Gothic Americana flavour and some guitar parts seem to explore more playfulness – no surprise, because in the official press release Superlynx references Jimi Hendrix. Superlynx presents again a very atmospherical and emotional album – in overall top songwriting, wonderful guitar lines by Daniel, pretty great drum work by Ole and all this topped with Pia‘s siren-like vocals as well her excellent gnarly bass lines. And the album also surprises the listener with Ole playing the piano.

Electric Temple has ten tracks with a total playtime of roughly 43 minutes. The album opens slowly with Rising Flame and with a lot of Gothic Americana undertones building up in intensity. The title track of the album – Electric Temple – is next and with the first notes and the resulting hypnotic riff, it instantly lets you travel into some oriental bazaar, where hazy smoke and the tempting smell of thousands of spices entice your mind. Apocalypse starts slow, building up in aggressiveness with the ethereal vocals of Pia hovering over everything. Next up is Moonbather surprising the listener by paying homage to late 60s rock with culminating in the chanting of the Gayatri Mantra.

After Sonic Sacrament, which is a small instrumental guitar-driven interlude, we have Returning Light. Its slow moodiness grounds the listener down to earth again, to adhere to the Laws of Nature. For me, this is the most melancholic song of the album and it just melts my heart. Next up is Then you Move, which oozes Gothic Americana for me and is one of the songs where Ole does the main vocal part. Furthermore, it has a pretty disturbing – sometimes disharmonic – sounding piano playing in the background which certainly elevates the overall tension of this song. Siren Song is the second song that features a piano and Ole doing the vocal work, reminding me a bit of Nick Cave. May is the last song of the album, stomping slowly forward, featuring Ole and Pia on vocal duty again with a gnarly bass laying the foundation for Daniel‘s lighter guitar lines.

For me, it’s a pretty timeless album and it certainly fits humanity’s ongoing problems. So any time, any place.

The album was mixed by Marc Urselli, who has worked with such artists as Nick Cave, Mike Patton, Lou Reed, Keith Richards, The Black Crowes, etc. And it was mastered by Fridtjof Lindeman at Strype Audio.