Earthless – Live In The Mojave Desert 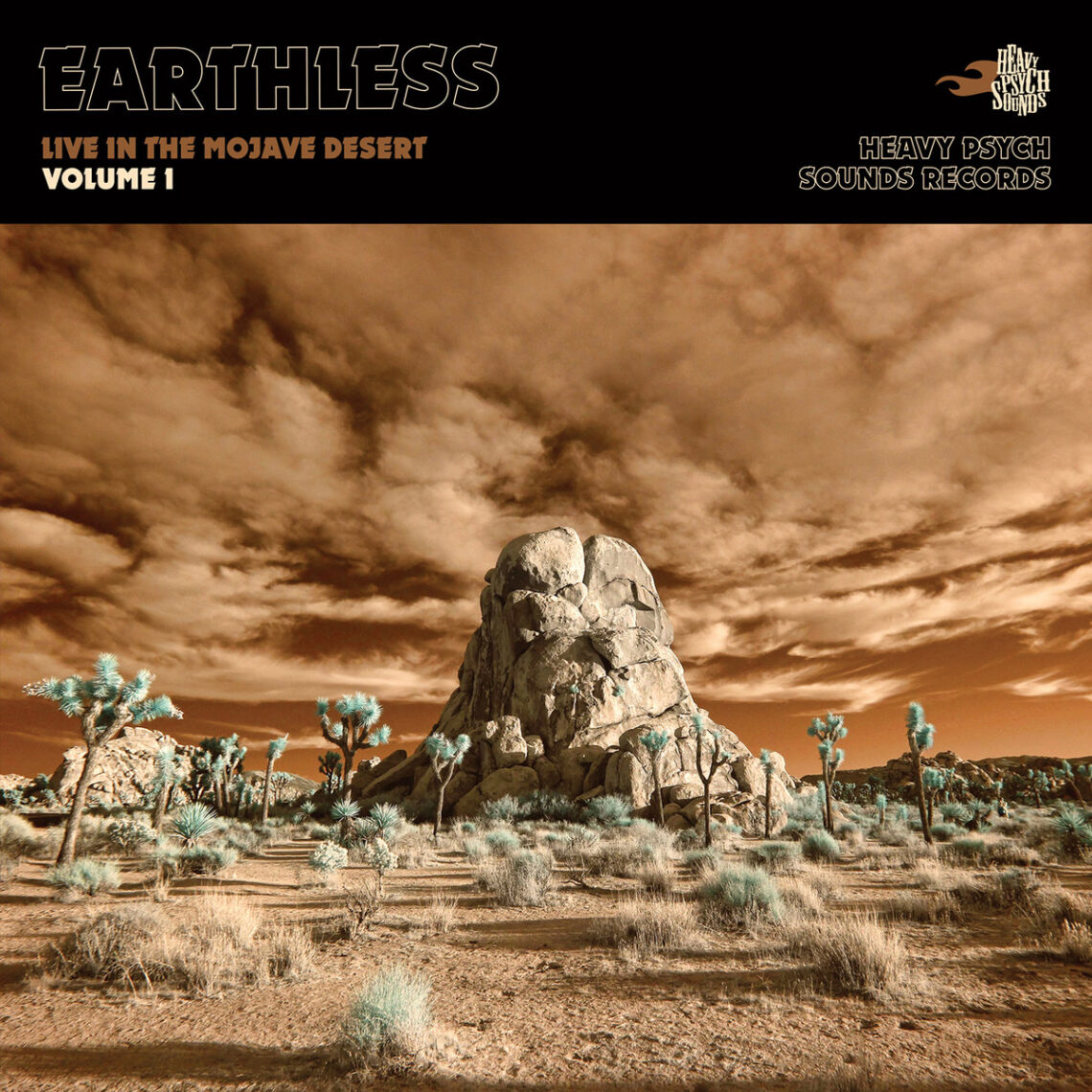 It has been quite a long time we have been deprived of live music. While waiting for the return of sunny days, gigs, and festivals, the California Desert Wizards Association offered us our dose of heavy riffs and hazy vibes, directly from the Mojave Desert. This mystical place provides an amazing stage, full of dust and echoes, under the auspices of the desert’s celestial forces. It is like the gig was taking place in a primitive Pompeii, magnified by the Mad Alchemy Liquid Light Show. It works as escapism for the mind.

And what better band than Earthless to start to rock the desert? Recorded on January 23rd, it is the first of a series of six lives in the Californian desert. One only needs to look at the power trio’s setlist to understand what is on the dusty road. Three tracks of 16, 21, and 39 minutes. More than 1h15 of Hendrix-style hectic jams bathed in acid. You will not find a better recipe to color the desert’s night and enter into communion with the spirits that inhabit this land.

Note from the redaction: We usually don’t like to publish reviews when it’s not possible for everyone to listen to the whole thing. Mr. Void wrote this review before the release date, but even three weeks later, there’s still nothing listenable out there except the few trailers on YT. So here’s a bit of “Sonic Prayer”, the longest we could find.

The first track is “Violence Of The Red Sea” from The Ages, Earthless‘ third LP. It begins with a short ambient intro. Then come the guitar and Isaiah Mitchell’s favorite toy: the wah pedal. A first solo concludes the intro and the music falls into Hendrix-like riffing. The tempo goes faster and Earthless’ special jams electrify the mind.

The second one, “Sonic Prayer” – from Rhythms From a Cosmic Sky – follows the same guideline. The cosmic intro backed by tribal drums gives a shamanic dimension to the show. There is almost a krautrock vibe in it. This contemplative phase ends after 8 minutes. Interstellar fuzz engine gets started in a pure freaky Hendrix style.

Monumental – 39 minutes! –  third-track “Lost In The Cold Sun” concludes the live with a massive psychedelic onslaught. The shamanic intro is found again. Half of the track is lower-paced as the sound comes to stoner territory. It gives time to the psychedelia to infuse in the listener’s mind… before a fast-paced psychedelic maelstrom climax.

During your next camping trip through the desert.

The other bands that performed in this series of lives in the Mojave Desert are Nebula, Spirit Mother, Mountain Tamer, and Stöner. Pure California dope only.