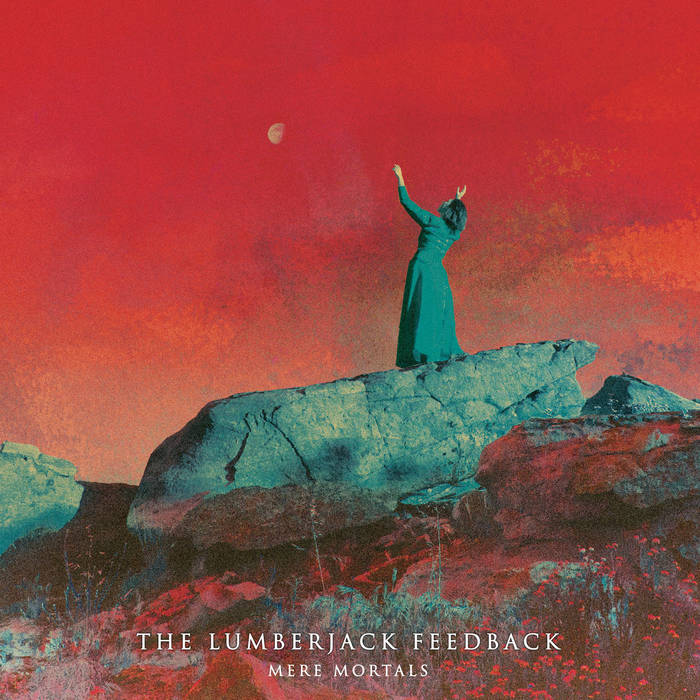 Bend the knee before the new kings in the North… of France !

You certainly know the city of Lille, in the North of France. If you had the opportunity to go there, I am sure you enjoyed moving around the old city center. You also must have appreciated their cheap but delightful beers and the incredible sense of festivities of local people. And you know what ? I have another reason for you to love Lille : Mere Mortals, by doomers The Lumberjack Feedback. French quintet second LP delivers a complex instrumental album, alternating raging sludge and corrosive atmospheric soundscapes. A quite original sound in this super prolific scene. “Loud & Low”, as they say, with a hint of haziness.

Opener “Therapy” directly dives the listener into sludge territory and sets the tone of the album : Mere Mortals is gonna be rough and sententious. Sharp guitars riffs and drumming sound like a battlefield march while feedbacks introduce another component of the release : post-metal influences. The combination of these two elements really makes the strength of their production and provides to the band a highly appreciated originality.

Then “Kill! Kill! Kill! Die! Die! Die!” comes and the hostilities begin. Harsh drumming and thunderous riffery pound the ground, and be careful, you may fall down ! The sound is still rooted in sludge but tremolo picking guitar riffs add some black-metal influences and give even more aggressivity to the music. After Pelican style you have heard in the first track, this one may you think of Gojira.

Calm after the battle comes back with third track “New Order (Of The Ages), Pt. 1.” This one works as a five-minutes interlude. You can really hear these post-metal influences through atmospheric soundscapes. Etherial guitars and endless feedbacks almost hypnotize the listener, and give another dimension to the sound of our French fellows. Next one, “New Order (Of The Ages), Pt. 2” completes the previous one, but follows a quite different path. Actually, it comes back to a more usual sludgy approach before ending with a sententious doom section. Along with the first part, both tracks manage to display a variety of influences.

Fifth track “Wind’s Last Blow” will not disorientate you. It is the most classic one of the album to me. The band reuses best ingredients of modern sludge and doom scenes in an explosive pot. It might be less original than their other songs but it remains very efficient. This is the kind of thunderous riffage you have heard many times but that you know it will stay stuck in your mind for the next hour.  Next one “A White Horse (Called Death)” sums up all the influences they distilled throughout the album and arrange them in an quite expected but still efficient way : empowering with soaring melodies, stomping with crushing palm mute riffs and dropping into doom kingdom.

Last one “Kobe (The Doors of Spirit)” is the longest (12:10) and might be the most interesting one. During almost five minutes, music roams across dark and dry plains of post-metal initiating a hypnotic journey. Then tension increases little by little as drums make them more intense while tapping guitars riffs add a worthy and immersive complexity to the track. After a more sludgy climax, the sounds progressively fades away in a kind of raw and smoky atmosphere, announcing the end of battle.

French fuzzers, The Lumberjack Feedback is on tour from the 13th to the 18th of May. Don’t miss them !

Kobe (The Doors of Spirit)

Dopelord – Children Of The Haze Review