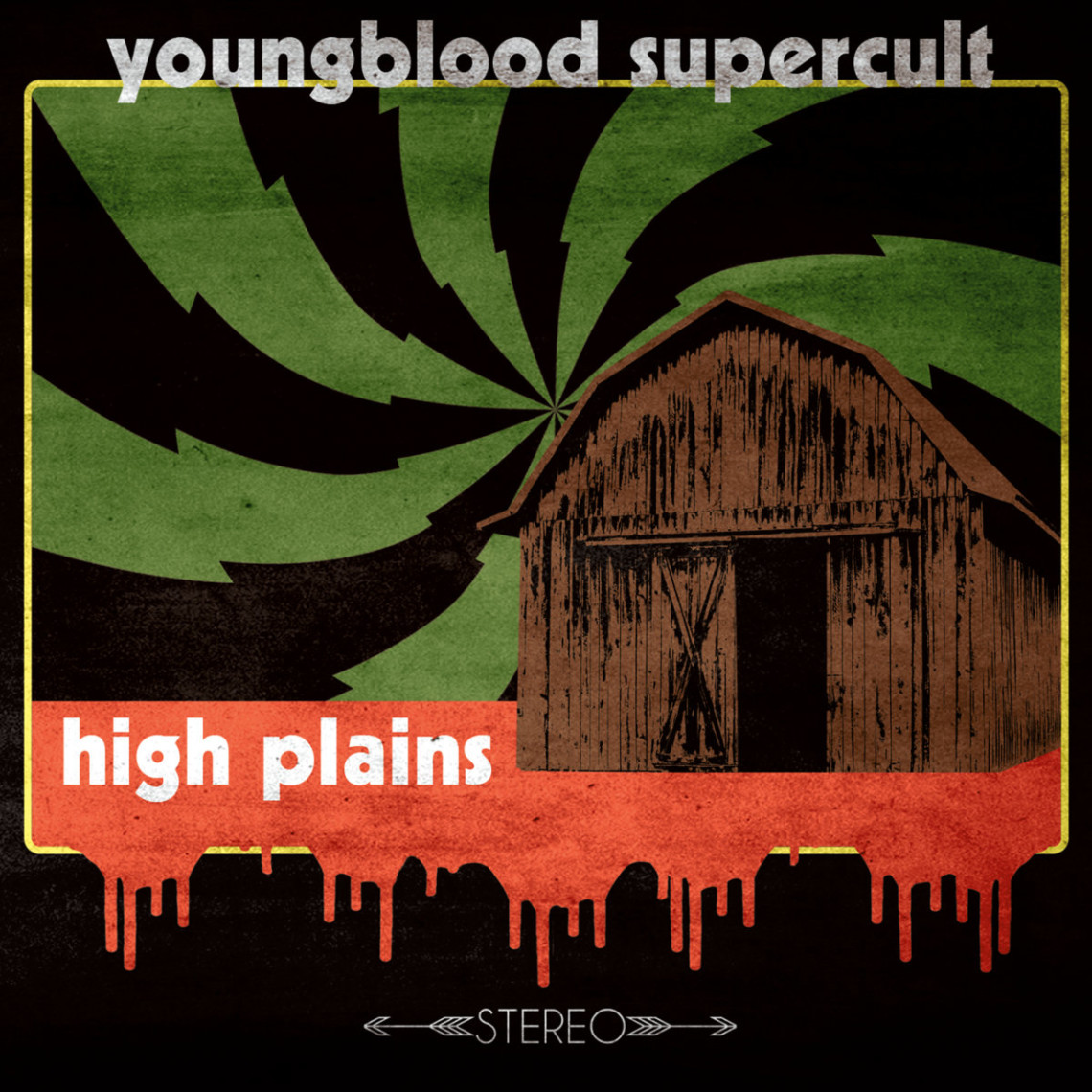 High Plains is YoungBlood Supercult’s second LP. Hailing from Topeka, Kansas, this four-piece released in 2014 a 70’s infused rock album with certain stoner influences that was well received. After the depart of co-founder and vocalist Wyatt Desch, YoungBlood Supercult took a new approach and intensified their fuzz and stoner influences to craft a much different record stylistically than their debut.

With a name like YoungBlood Supercult, I should have expected it. Blending stoner, blues, retro rock, and adding some psych here and there to the mix, I was surprised when BRMC’s über famous “Beat the Devil’s Tattoo” came to mind seconds after hitting the play button. This is not a dig at the album at all, the 11 tracks-and-48-minutes album carefully presents a very laudable and homogeneous sound in this vein.

One of the biggest successes of this album are the vocals. You will usually see me moan and thrash when a certain group or producer decides to tamper with vocals, as they are usually best left alone; but High Plains’ stylistic choice in this matter is an unabashed ace. They carry, along with Bailey Smith’s guitar, much of the album’s bluesy and slightly paranoid lamenting.

It’s a sound and an aesthetic that works, and I’ve been hard pressed to mention another group that sounds like this, barring the BRMC’s reference, although some brief moments on Ogre’s superb “Dawn of the Proto-Man” may come at a stone’s throw.

While the first track, “Stone Mountain Blues” opens High Plains to good affect and serves to lay down the base of YoungBlood Supercult’s new sound, it’s 8th track “Forefather” that takes the cake. Even with its repetitive lyrics, YoungBlood Supercult makes it work beautifully and are able to add a sense of power and urgency to the song that elevates it, in turn. “Forefather” is the perfect condensation of this album’s sound, and it stands tall above its companions, as the track in which YoungBlood Supercult’s songwriting peaks.

With this in mind, High Plains’ stylistic homogeneity can also work against it, as many of the eleven tracks can sound too much alike if you’re not paying close attention to beginnings and ends. In fact, I have had a hard time differencing them while listening to the album on my headphones during a walk, as I have a liking for that. In fact, it’s only “Acid Tongue” that subtly changes the overall sound, even though it has similarities with “Monolith“, and “Down 75” with an acoustic predominance, that breaks the pace at the end of the album.

Regarding the production, there is nothing that stands out for the worse. Every instrument is clear, and drums sound fairly natural. With a decent dynamic range throughout the whole album, I remain sane, and that’s two albums in a row!

Nevertheless, while not excellent, High Plains is a solid album with enough doses of stoner, fuzz, and some light psych paranoia vibe to keep you happy. “Forefather” is the clear standout on this album, and I sure hope YoungBlood Supercult will bring this growth to their next album.

This album lends itself well to reading and leisurely walking.