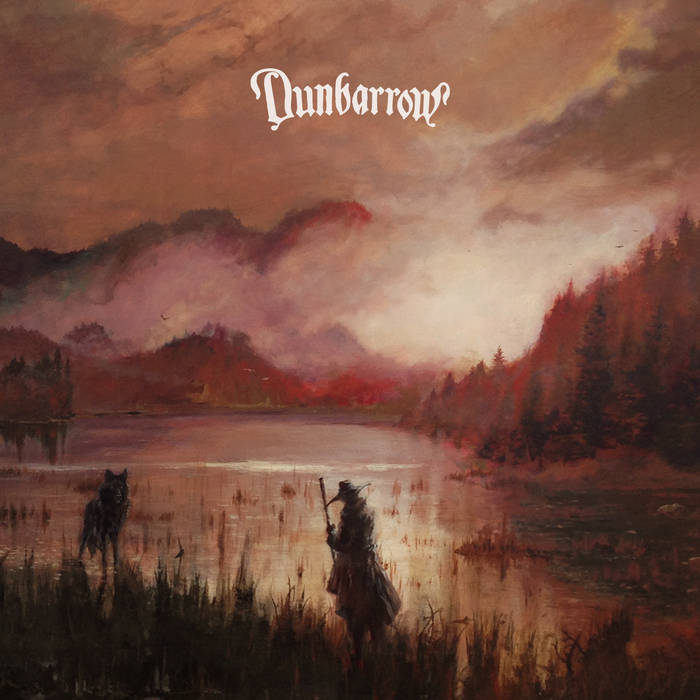 Dunbarrow is a Retro Occult Rock outfit hailing from Haugesund, Norway. They released their slow and gloomy self-titled debut in late January, and caught the ears of quite a few fuzzers with an acquired taste to retro rock. Scandinavia is a scene of its own, so naturally Dunbarrow are influenced by their surrounding neighboors. You will find some striking influence from Swedish doomsters Witchcraft, especially their cult self-titled debut, in this malevolent, yet beautiful debut album.

First off, this release has quite a unique sound for a MoreFuzz review, mainly because fuzz pedals are absent and the guitars are driven by a warm tube amp drive. Don’t be fooled though; Dunbarrow is an excellent debut album. What shines through at first is a very guitar-centeric sound, as tons of amazing proto-doom riffs and groovy solos are thrown at your face. During which, the bass and drumkit act mainly as support, abstaining from taking the spotlight persistently throughout the record. While the band’s style and sound is somewhat retro, the production is very warm and bright, revealing every detail of the sonic spectrum.

The riffs and the lyrics are of a quite occult and dark nature, with lots of harmonic-minor scale riffing and lyrical themes such as torture, satanism, execution and witchcraft. This is not your typical doom metal record. While being quite low on the Fat level, the pure evil emerging from the riffs and the lyrical content bring up the Temperature level, if you like yourself some Sabbath-esque bleakness, of course.

Espen Andersen is an excellent vocalist and gives a lot of character to the occult themes and the overall sound of the band. On tracks such as “My Little Darling”, “Lucifer’s Child”, “Forsaken” and “Witches Of The Woods”, the lyrics tell stories of dreadful, possibly medieval themes, and Andersen’s haunting melodies and unreserved vocal delivery compliments them very well. I must admit he successfully created some catchy chorus hooks that got stuck in my head and that will definitely get stuck in yours, too.

Dunbarrow is not just another cool Scandinavian band. Their debut effort is outstanding and shows a lot of promise. While they seem to openly draw a lot of influence from their Swedish cousins, they also successfully created something unique by putting a lot of focus on the occult themes and most importantly, the riffs. At 35 minutes of playtime, their self-titled debut does run a little short, but the quality of the tracks over-compensate for that. I already can’t wait for their next record, and so will you!

Anywhere but at a catholic church.

Witches of the Woods