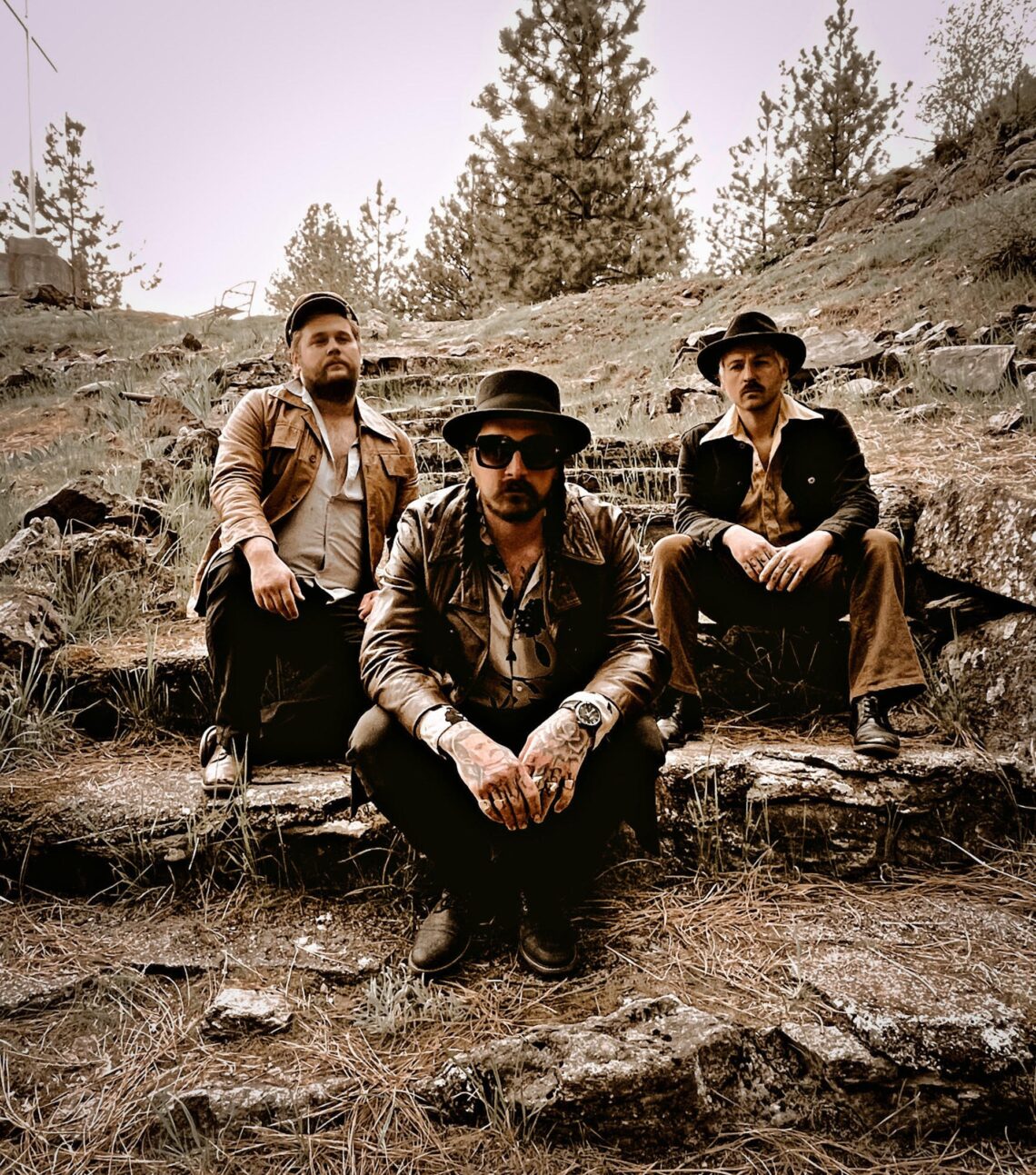 The rockers of the newly formed Kadabra (from Spokane, Washington, USA), just signed on Heavy Psych Sounds, to release their debut album in the Fall.

We partnered up to present you today the premiere of their first single, the smooth occult rocker ‘Graveyard‘, check it out!

Garrett Zanol has been previously rocking in Blackwater Prophet, a cool psych-rock trio that released a few LPs between 2013 and 2017, a bit more on the bluesy lo-fi end of this subgenre, with some pronounced Black Angels inspirations.

The ill-fated year 2020 saw Garrett join forces with his long-time friend Ian Nelson, to create a band pulling influences from some of their favorite bands. To give you an idea, let’s say they’re trying to fill some of the gaps between Dead Meadow and Black Sabbath. After hiring Chase Howard behind the kit, they started working on composing their debut album, illustrating their current climate.

The Dead Meadow worship is especially obvious, with that thick fuzzy tone and catchy reverberated psych vibes, but that is not all they’ve got to offer. The overall atmosphere is a bit more spooky, leaning towards the Sabbath-inherited occult part of our scene, which, I must say, seduced me quite easily.

Though that would still be an incomplete description without mentioning the riffs that pop out here and there, bringing some energy into the mix, that one could connect to the likes of The Heavy Eyes in a way. The vocals are the icing on the cake, the ingredient that binds the sauce and makes it work. Haunted and haunting, completing perfectly the mix of influences to give Kadabra its identity. I would also draw some Black Mountain inspiration, which is maybe not so surprising, Spokane being pretty close to the Canadian border.

That should give you a pretty good idea of what these guys are offering. I, for one, am pretty excited about their debut album, “Ultra“, whose release is planned for Sept. 17th, through Heavy Psych Sounds! (preorders launching today on www.heavypsychsounds.com)