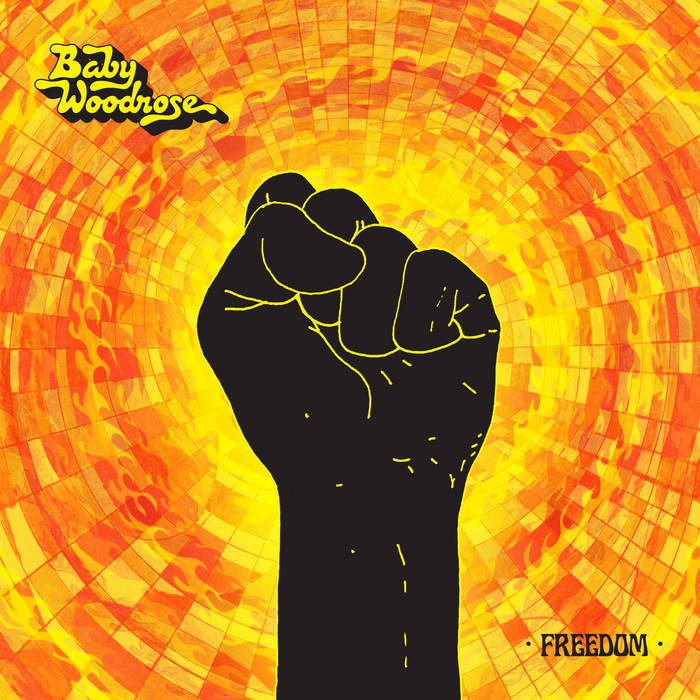 Although not veterans but reigning in the underground psychedelic rock scene since 2001 Baby Woodrose offer one of their most solid efforts. Since their last record four years ago Lorenzo Woodrose spent time with his other band Spids Nøgenhat, but now he came back with this stellar LP.

Thematically drawing a line from gospels and the universality of Afro-American culture. First of all, we have this striking cover reminiscent of the fist of Black Power, and then the eponymous song of the album titled “Freedom” a cover or to be more precise a rendition of an old gospel tune made famous by Richie Havens and his version of Woodstock in 1969. Here it appears to be here the centrepiece from which all the meanings of the other songs originate (“21st Century Slave” and “Mind Control Machine” for example). This whole approach along with the typical psychedelic motifs (“Open Doors”) give a Funkadelic aura but not musically.

In terms of melodies the garage-psychedelic rock of the 13th Floor Elevators and Grateful Dead and in a sense of some more obscure bands like Gandalf is strong here, with many swirling guitar effects, distant vocals and songs drenched with 60s keys like track number 3. Of course, there are some moments that are more laid back and spacey like mantra and the acoustic “Peace”. Termination is the last song and it’s a magical trip encapsulating everything that the album stands for starting with distant effects like sounds from a space station and then reaching to the new frontier where no man has been before and finally stripping down again to the very essentials, psych effects and a guitar.

Relaxing and gazing up the at the stars

As the band states on their bandcamp page the whole album is recorded and mixed on tape, giving it a very rockband live-in-the-studio type of feel. This means no cut and paste and a minimal amount of overdubs. The album is produced by Anders Onsberg and Baby Woodrose in the STC studio in Copenhagen and mastered by Flemming Rasmussen at Sweet Silence and is out by the amazing Bad Afro Records (check their catalogue).