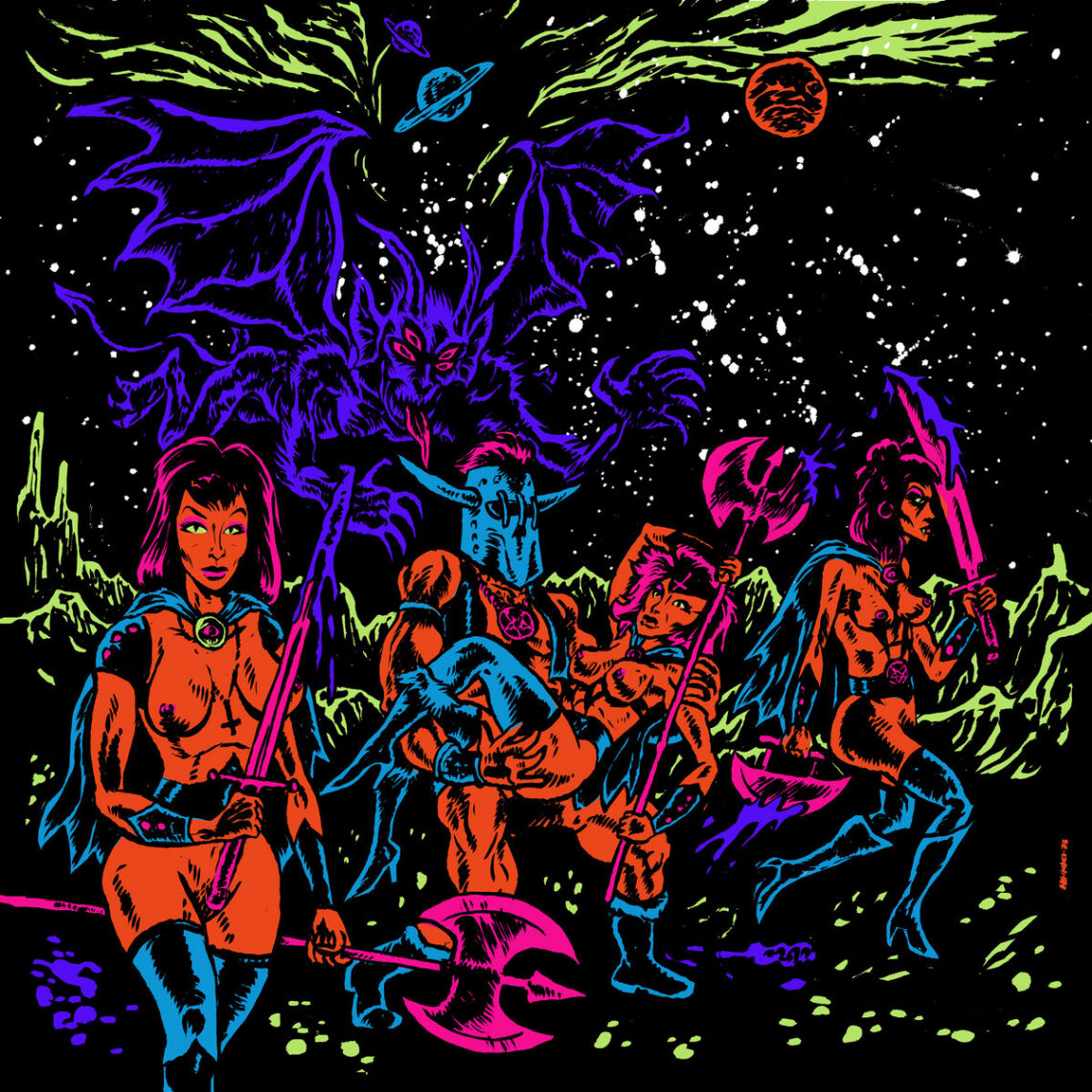 The filthy psych-rockers BALL are back to preach about sin and lust by the grace of their High Priestess Satana!

So now almost 3 years later the sophomore album finally dropped, so pour yourself a whisky…

….and get ready for a dose of greasy Fuzz!

Right of the bat with Satan’s Magic, you can hear that familiar BALL sound that drew you in on their debut.
The distinct and sinister crone of Syrék Ball is of course instantly recognized.
The bass playing and drumming don’t really stand out often but it’s not because they are lacking instead they complement the sound so much that I can’t even imagine BALL with a different drum style.
Last but not least the fuzzy guitars which go from 70’s sounding riffs to classic metal riffage with guitar effects on top which gives you a feel of both the glorious era of rock and the more modern psych-rock.

Next up is Black Magic, a mid-tempo rocker which sounds like the soundtrack to riding a motorcycle at night, here the drums gets a spotlight halfway through before the track evolves into an intense finale full of pounding drums and guitar soloing.

Fyre Eyes is the ode to sexy women and probably their high priestess Satana in this case.
You get a more laidback vibe which reminds you of their debut and Sacred Snow follow with the same vibe but with groovier riffs and a splendid guitar solo to finish it off with some Black Sabbath influences.

If there’s a song which stands out from the rest then it would be Have You Ever Been Dead with its slightly doomy Black Sabbath sound and taking more 70’s rock influences than modern psych.
The next real stand out is the happy sounding Death Deals a Hand, a real foot-stomper which gives me images of a late 60’s rock video where the ladies dance their ass off to “the devil’s music”.

The last song on the album is Tonight’s the Night which doesn’t catch my full interest until the last minute.
Instead, I think the amazing single from last year titled Debauched would have been the perfect ending!
Definitely one of their best songs yet with awesome guitar riffs, trippy effects thrown in here & there for the atmosphere, and a lyrical ode to our lord Satan!