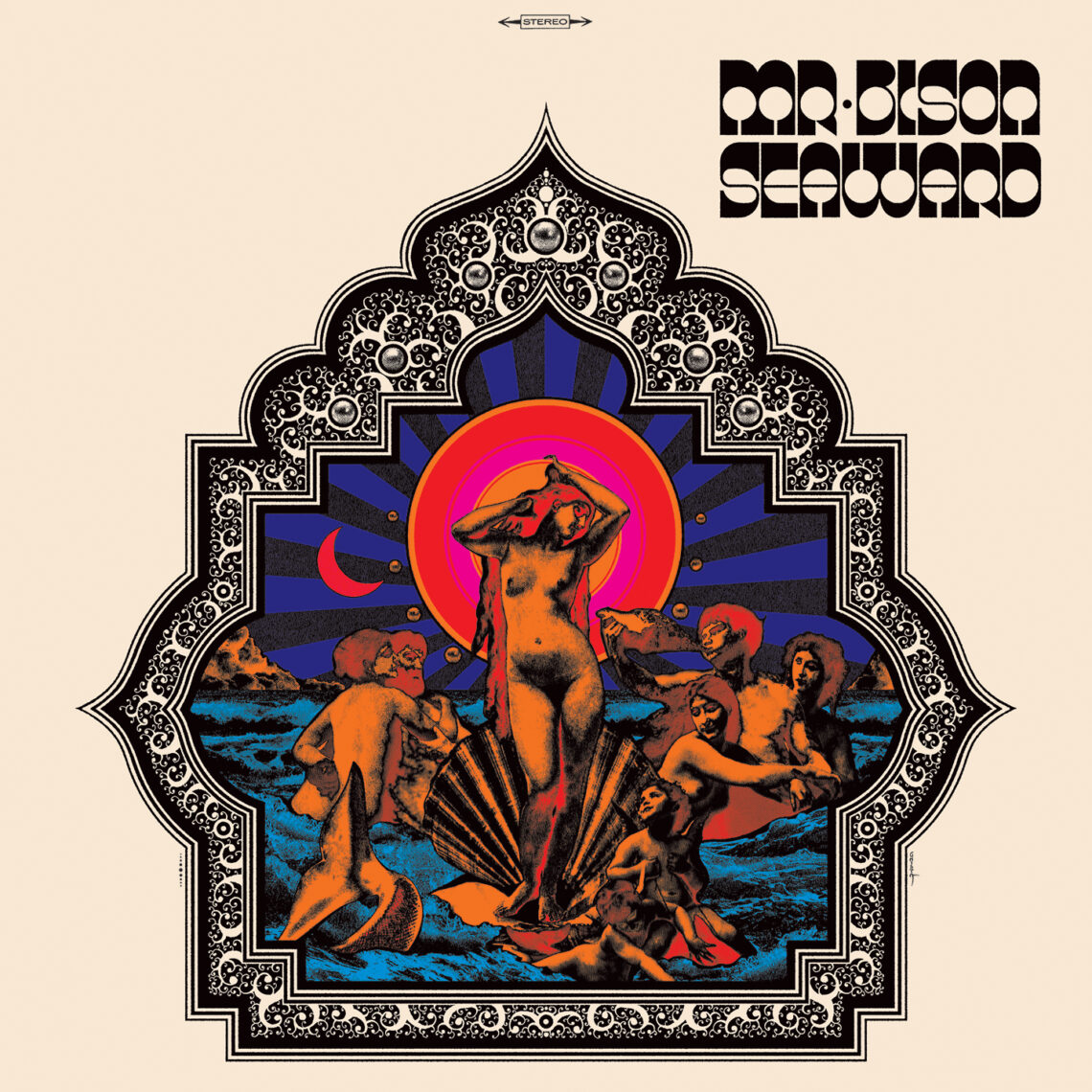 Let this magnificent tide take you on a trip through the luxuriant sonic landscapes of Seaward!

One of Italy’s finest power trio is back today with their new album: Seaward, released through Subsound Records and Ripple Music. Just 2 years after leaving quite a mark on all our minds with Holy Oak, they gift us today with the brilliant continuation of what they showcased with their last release. Asteroid was a pure Heavy Blues / Stoner banger in 2016, and with Holy Oak, they brought a more complex and nuanced proggish side while keeping their trademark sound. Seaward is still on that path, only even further!

The Mr. Bison core remains but wrapped in so much raffinate prog epicness that it’s at times hard to recognize. Definitely in the most positive way though! You can really feel the progression, from Asteroid to Holy Oak, and now from Holy Oak to Seaward. It seems the trio has set the controls, not for the heart of the sun, but to the deepest seas at the outskirts of the galaxy. Their previous album was a doorway, owning their identity while previewing the direction they were taking. From Heavy Blues to Heavy Psych, in a glorious manner!

As wonderful as Holy Oak has been, it wasn’t enough for the 3 Matteos. They’ve really gotten back down to work since then, maturing their ideas, brewing their blend until it reaches perfection. And perfection they’ve reached, at least to me, this record sounds so amazing, in every possible way.

The band presents this album as an imaginary horizon, developed in 7 passages for the 7 pearls of the Tyrrhenian. They depict tales related to the sea and its mythology, in all its aspects. This feeling clearly exudes from the flow and beauty of the sound overall the album. You can feel the tide and waves of sound fluctuating and taking your mood along floating blissfully with its gentle flow or crushing on the shores through the storm, from the captivating depth of the abyss to the warm sandy beaches of the Tuscan Archipelago.

There’s a strong Motorpsycho influence at work here, and if you’ve read me before, you know how much I love the Norwegian veterans. But it’s not only that, here and there, it also reminds me strongly of The Grand Astoria. More specifically about my favorite record of theirs, The Mighty Few, and its epic heavy orchestral style. One might also think of Elder, somewhere between Lore for the prog heaviness that eventually burst out (on Oudeis for instance) and The Gold & Silver Sessions, for the trippy side is quite strong all over. The powerful and pristine singing also recalls of Baroness, as well as the guitar works, especially on Underwater.

While all those influences come to mind quite easily, it’s never exactly just that either. As before, the Italians always keep their core sound print in there, melting it all in a wonderful and awesome epic cinematic musical landscape to mesmerize you into their universe. I’m also quite amazed by the space they create, filling it with their outstanding skills and yet leaving enough room to let your mind wander on the reverberating ripples. Everything is perfectly mastered and at the exact right spot, nothing left to chance, resulting in a spotless ecstasy.

It was really hard to choose a favorite track, they’re all awesome, bringing epicness each in their own amazing way. It’s another of the great qualities of this album, it just flows naturally, killer track after killer track. Maybe this fluidity comes from the sea inspiration around the album, though it’s clearly not just that. The atmosphere built here is really consistent without getting too rebarbative. They come at us with everything they’ve got, from kickass riffing to laid-back sections, building-up with enchanting lines of vocals backed-up by beautiful guitar melodies.

Once you’ve reached the end of the album, you can only be cursed to put it on repeat. And you’ll want to do that over and over again. It’s alright, be at peace with it, and bask in all this masterpiece has to offer, listen after listen.

Laidback on the beach in a warm summer night, observing shooting stars lighting up the sky, wondering which one could be Mr. Bison’s spaceship.

There’s no bass in Mr. Bison, only drums and two guitars, but you won’t even notice or miss it!