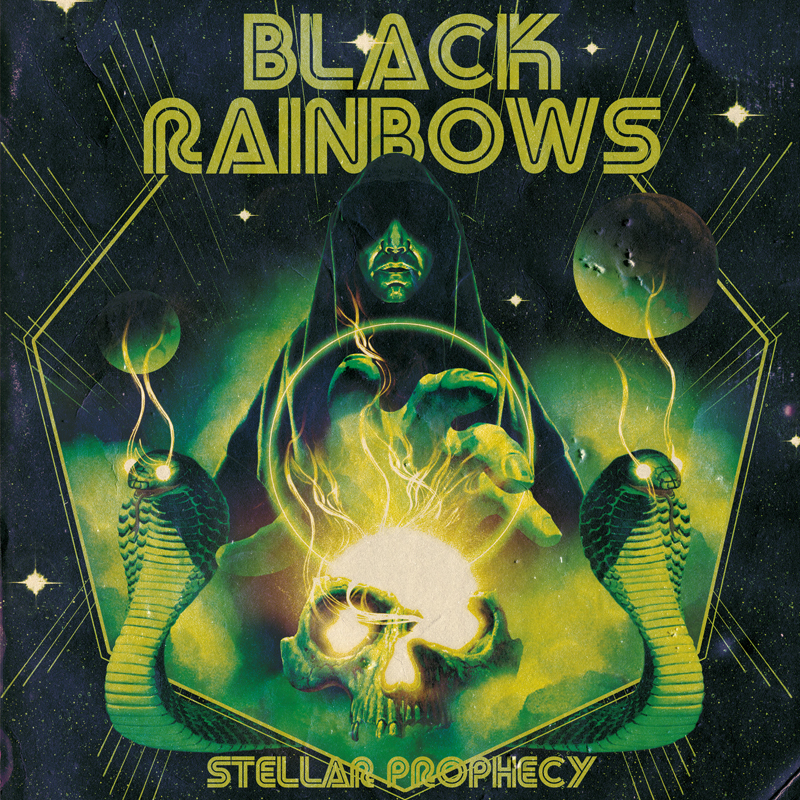 Come On, Electrify My Soul!

If you don’t know them already, Black Rainbows is a trio from Rome, Italy, which is quickly becoming part of European stoner rock royalty, one great release after another. They are back with their fifth album, just one year after Hawkdope (reviewed by Mr Fuzz here). Putting out a release once a year since 2010 (counting EPs and splits) while maintaining this level of quality is just amazing !

There are three variants of Black Rainbows style in this albums, and every one of them just works. First, opening each side, are balls to the wall fuzz rock tracks that will make you headbang like there’s no tomorrow, “Electrify” and “Evil Snake“. “Electrify” is the catchiest of the two, but I think “Evil Snake” may be amazing in a live performance. “Woman” and “Keep the Secret” are pure 70s rock hits, “Woman” being more traditional 70s heavy rock, and “Keep the Secret” ventures a bit on the weird side of the 70s, starting with very heavy riffs before ending on an Hawkwind-y note after a great solo.

“Golden Widow” and “The Travel” are more space-fuzz explorations, much longer then the other tracks (they clock at around 10 minutes each). The haunting bassline in “Golden Widow” lays the foundation for a fantastic trip. “The Travel” is more of a bell curve culminating in two minutes of heaviness before gently landing you down to the end of the album.

All in all, Black Rainbows keeps their style of combining styles, giving us another great album after Hawkdope. If you liked the previous albums, you’ll be right at home as they continue to perfect their brand of quality fuzz rock.