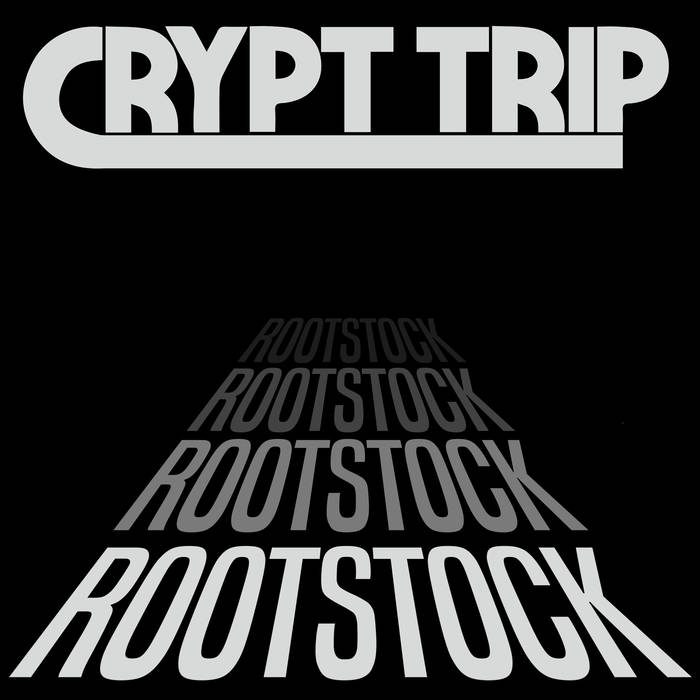 In 2016 Crypt Trip released a short EP featuring 3 incredibly groovy, vintage rock songs. ‘Mabon Songs’ was a short demonstration of quality songwriting and originality but more importantly, my first introduction to Crypt Trip. The band seemed to have come out of nowhere and after playing this 14-minute EP on repeat, I was in desperate need of more material. The big question was, is there ever gonna be more Crypt Trip?

Yes, there, IS! Two years later and Mabon Songs gets revived into ‘Rootstock’, together with five completely new songs. The new material blends in perfectly with the previously released songs and a diverse full-length record is the result. Dig in!

The band follows a classic recipe of retro sounds, long jams, and bluesy hard rock but manages to stay creative and pull-off an original sound. The songs contain a lot of energy and sound like they could have been recorded live, but at the same time seem to be carefully thought through. The rhythm and lead section are following each other closely through ever-changing parts and clever hooks. Well performed vocal-parts and solos by Ryan take the lead and alternate endlessly through-out the record.

The opening track builds pressure before firing away on full speed as the blues-rock power trio that is Crypt Trip. They give everything they’ve got which makes ‘Heartslave’ a great introduction into the record and definitely gets you warmed up for more. Punchy blues licks, lots of wah and epic soloing set the tone and continue into ‘Boogie No. 6’, just to release the gas a little in ‘Aquarena Daydream’ for a piece of mellow psych-rock. The band lets you drift for a couple minutes but puts you back both feet on the ground halfway through the song to warm you up for ‘Rio Vista’, which is a great rock ‘n roll song.

After all the new material it’s time for a small trip to the past into Mabon Songs which are the next 3 songs in the queue. All three of them are absolutely brilliant songs so the excuse to listen to them again is almost as good as the fact that there are new songs to accompany them. ‘Natural Chylde’ used to be my absolute favorite of Mabon Songs and still is a strong competitor for this title in Rootstock. It’s catchy and immediately gets you grooving.

The band blasts through ‘Tears of Gaia’ just to close Mabon Songs with, the ‘Mabon Song‘, a short, chilled out instrumental track played on acoustic guitar. It’s a great track that adds a nice change to the record and shows they can also handle a different dynamic. “Rootstock” is closed off by “Soul Games“, which is the 5th new track added to the album. They don’t get back up to full-speed anymore after cooling down, but the track is definitely a worthy ending to this 40-minute masterpiece.

Overall Rootstock is an incredible release with eight songs that are all different but at the same time equal in quality when it comes to production, songwriting, and execution. Just give it a spin already and have a nice Crypt Trip!

Have a nice Crypt Trip!!