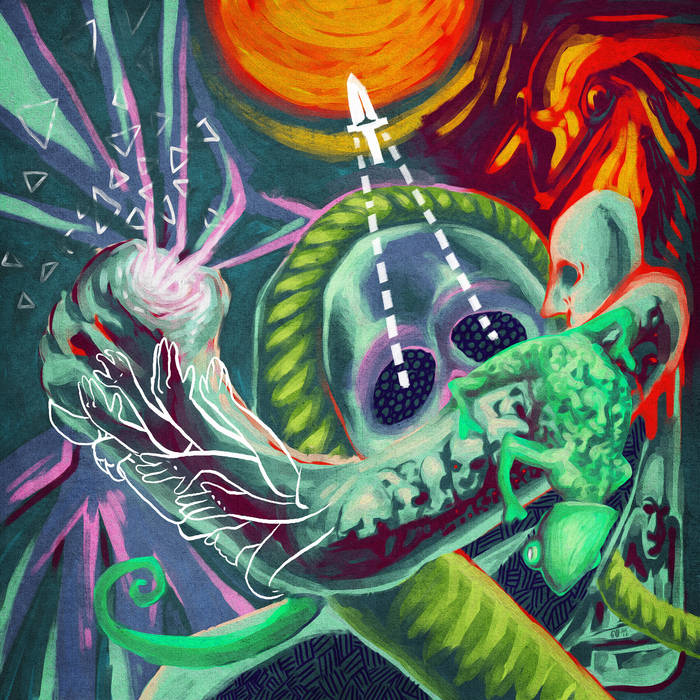 Heavy Blues with an Extra Dose of Heavy !

If you got the chance to check out my list for 2016’s top albums of the year, you know I got a special thing for Day of the Jackalope – and if you’ve listened to their debut EP, you do too. The Norwegian 4-piece plays some of the best bluesy stoner out there and their new effort, Shapeshifter, keeps up the amazing work with a meaner, heavier atmosphere while keeping their creativity at a constant high.

In Shapeshifter, Day of the Jackalope takes their previously presented sound and adds an extra dose of aggressiveness. From the moment you hit play – there’s no second to spare – the title track slaps you in the face with frantic riffage and that signature bluesy sound we expect. There’s no dropping the ball: Tracks like Agitate and Salvager are heavy, ugly and intense – the latter being their heaviest track to date.

Right after the quick jam, Indecent Suggestions, is Red Mercury, reminiscent of the sound presented in their debut EP, and the closing track, Spite, an uncomfortable little song with a riff that’ll stick to you head all day – in a good way – With its haunting melodies and psychedelic elements – just the way we like it.

If the band releases another mini album next year, I see Shapeshifter being that darker chapter in the middle of the trilogy a la Empire Strikes Back, leaving you with a bittersweet taste afterwards. I highly recommend this listen to every heavy blues fan out there – if you still haven’t taken the time to listen to Day of the Jackalope, it would be my pleasure to present you to their amazing music.

Clutch, Queens Of The Stone Age, Geezer, Church Of Misery

Day of the Jackalope Links