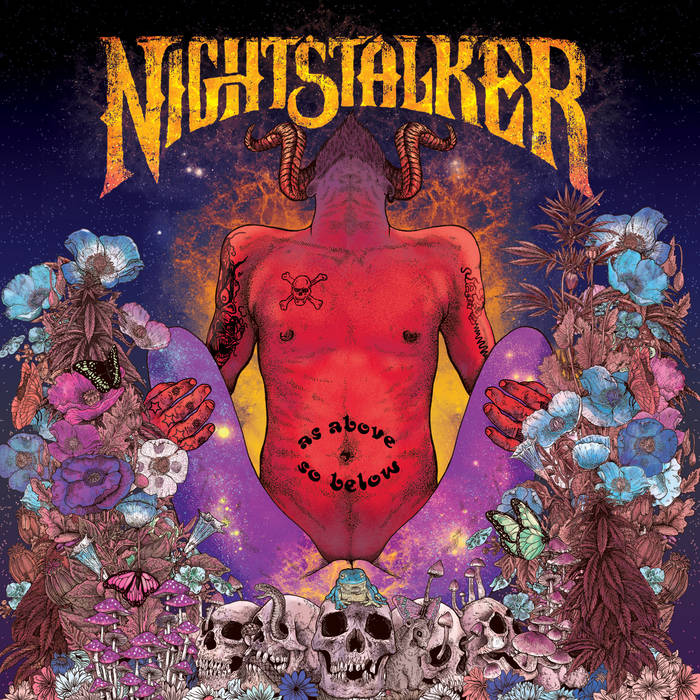 In a – rather long – sentence about the sound of this new album from Nightstalker, one of the most famous Greek Stoner Rock band, I could say that it is simple straight on rock and roll coming from the heart, not so feelgood this time as its predecessor but painted with a few darker colors, a ride through hooks and addictive melodies, with a few bumps along the way. The best – and trust me about that – part is in the second half of the album thus the beginning isn’t so accelerating.

Tracks like the three starters “Naked Fire”, “Space Matter”, “Zombie Hour” and the penultimate “My Electric Head” don’t live up to the moment as the other batch of songs that stand up. I think that in comparison with the next songs they seem formulaic. Beside these few bumps, the remaining songs are extraordinary accelerating to almost a classic status.

“The Dog That No-One Wanted” is a stand alone anthemic track while my personal favorite “Deeper” is a bombastic song and the triplet is completed with the concert – sing along  “Forever Stoned”. Two other tracks “We Belong To The Dead” and the closing “Blue Turns To Black” maybe a little darker but are not subpar; on the contrary, they were ingrained with Lagios’ bass thundering underneath and amazing keys echoing 70s melodies.

The disk isn’t mediocre but it’s a grower and has to be fermented to someone’s conscious after a few listening sessions. The common denominator for all songs is a firm melody based on the tight rhythm section and the in – your – face rock and roll guitars along with the soulful vocals by Argy.