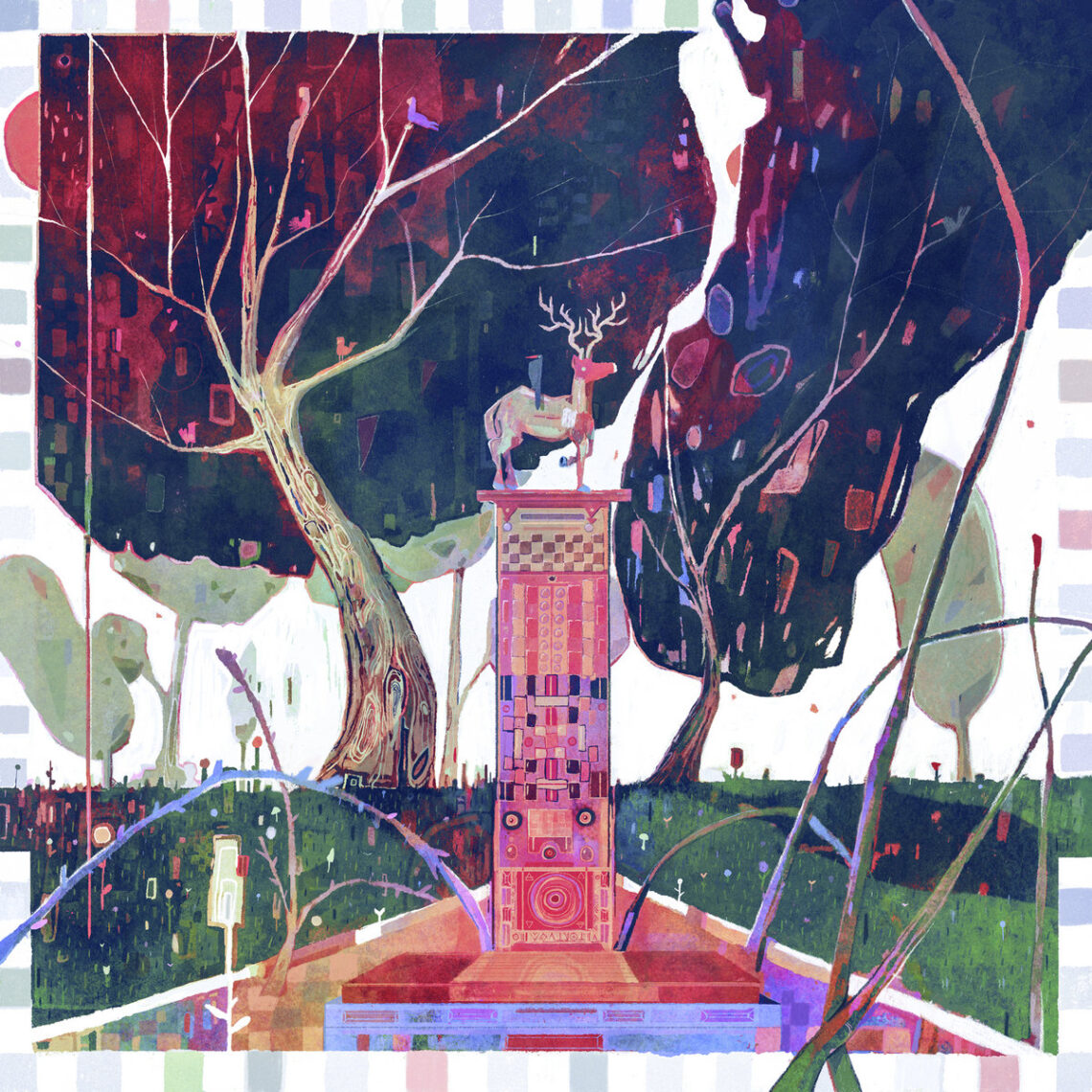 If I tell you Delving, this name will probably not ring a bell with you. But if I tell you Nick DiSalvo, you will tell me he is Elder’s mastermind. Delving is Nick DiSalvo’s solo project name and Hirschbrunnen his first solo album. On his Bandcamp page, the American musician describes himself as a person “obsessed with home recordings”. Hirschbrunnen basically is a selection of songs he wrote during the past few years. The result is an intimate album, a deep and dreamlike trip into Nick DiSalvo’s musical universe, made of endless delayed, jazzy compositions and hints of epic stoner.

The trip begins with “Ultramarine”. Piano notes open Hirschbrunnen’s dreamlike world. The sound is made of layers of both clean delayed and distorted guitar. The songwriting has something to do with electronic music but sonorities remain organic. All the musical elements place Hirshbrunnen in the continuity of Elder’s The Gold & Silver Sessions: forward-thinking spaced-out stoner rock with a jazzy and progressive perspective. The following track “Delving” also displays its bunch of delayed guitar and aerial melodies. A nice repetitive and groovy rhythm section serves as a bridge between the initial contemplative passage and the heavier final section.

The third track “The Reflecting Pool” opens with great work on delay and modulation effects. Every single musical element seems to reverberate on vanishing sound structures. There is something from krautrock in sonorities and songwriting. Managing the tension works well with breaks on the piano. This track is an invitation to meditation and introspection. The next track “Wait and See” starts slowly but the bass line reveals an underlying tension and instigates a creepy vibe. Some parts sound like a video game soundtrack (is that mellotron ?). The final section dives more into Elder’s epic stoner rock legacy.

Eponym track “Hirschbrunnen” uses all the ingredients that make the taste of the album: intertwining guitar and synth layers, floating melodies and a dreamlike atmosphere. The last break on the piano is beautiful and constitutes one of the catchiest passages of the album. The last track “Vast” is aptly named. Synth waves give space to the sound. The music is progressive and increases gradually until a break is made by a sole melody, before diving into a heavier section. A last Elder-like blast before a spaced-out final that just works as a quick comeback to terrestrial reality.

If Hirshbrunnen was not the most expected album of the year, it appears as one of the best surprises in 2021. Nick DiSalvo proves once again he is one of the most creative and forward-thinking songwriters in the heavy scene. And it is just a privilege to enter his personal musical universe.

When you have plenty of time and you decide to walk around your neighborhood on a sunny holiday.

Hirschbrunnen means “stag fountain” in German. It is the name of a large fountain that stands in a large green area near where Nick DiSalvo lives, in Berlin.