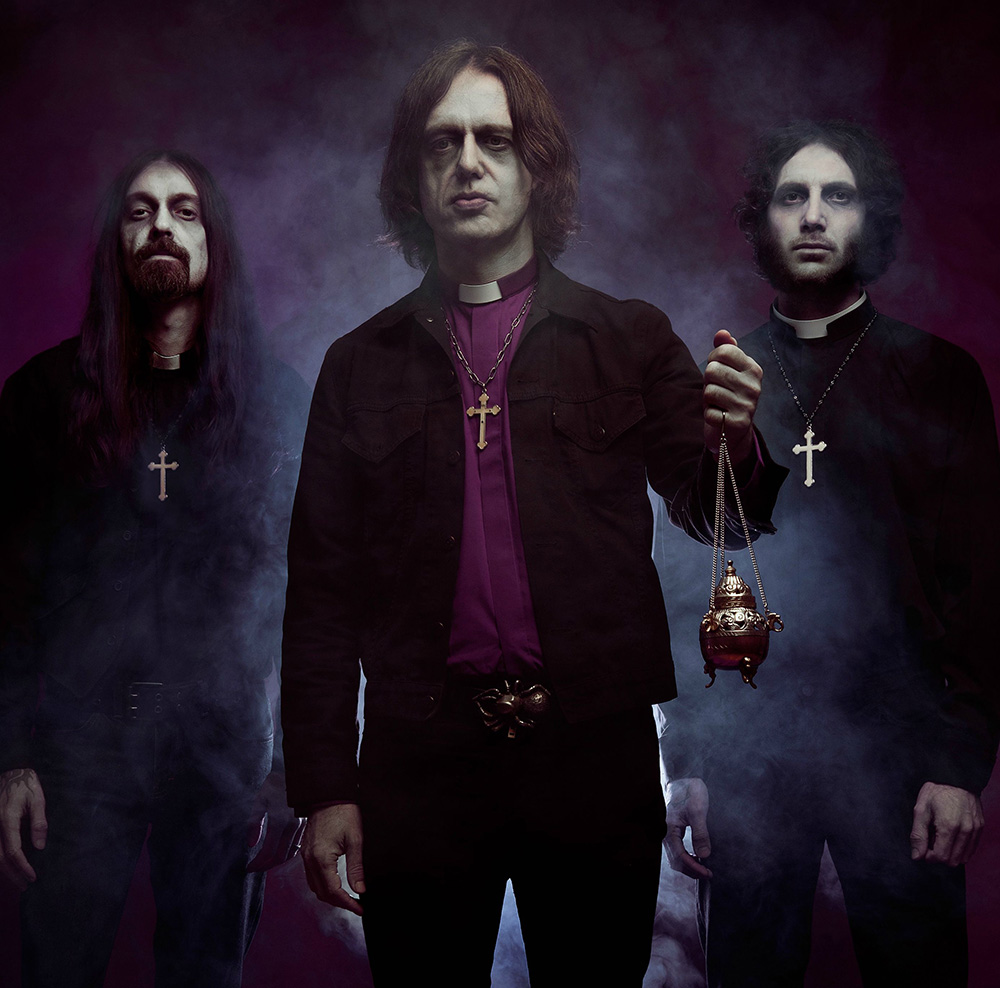 Doom Supergroup Make Their Point and Then Some

What makes a record truly heavy? A question debated over the decades by metal fans the world over, and with no definitive answer. It could be argued that the tones of the instruments and the way in which these are manipulated are paramount. Others would claim that production values hold the key. In this case, it will likely come as no surprise that both of these elements have been handled expertly on one of the most anticipated extreme metal releases of the year, the self-titled release from With The Dead.

For the uninitiated, With The Dead were formed in 2014, and are comprised of the rhythm section from the original Electric Wizard lineup (Tom Bagshaw and Mark Greening on drums), while vocals are provided by none other than Lee Dorian, of Napalm Death and Cathedral fame. A supergroup in every sense? Damn straight. Read on to find out why this album lives up to the hype…

Bagshaw’s riffs cut and thrust in much the same way we’ve become accustomed to over the years. Greening’s beats are typically excellent and propel the album along like a steamroller. Lee Dorain is, well, Lee Dorian. His vocals are a bit like Marmite – you either love them or you hate them.

On first listen you’d be forgiven for finding this album a tad monotonous. This is mainly due to how relentlessly thick and heavy it sounds. Rest assured though that as with any doom album worth your time, magical things begin to happen once your brain begins to strip back the layers of relentless overdrive.

The real strength here is in the compositions, and moments of genius begin to sink in once the immense grooves have successfully mushed your grey matter into a festering pulp. Memorable hooks (and there are plenty of them) include the jarring, claustrophobic breakdown halfway through “The Cross“, and the siren-like guitar lead towards the end of this very same track.

The tone of the guitars is battering-ram heavy, paying unashamed homage to the art of doom. At their most predictable, With The Dead simply sound like mid-era Wizard, which isn’t a bad start. At their best though, a new sonic titan rears its ugly head. Such are the subtle charms of this album that you’ll still be excavating little sonic nuggets from it when comes Christmas (in fact I suspect some of you may not even bother with Christmas at all). Yes, it’s that much fun! Far more fun than the somewhat cringeworthy cover art lets on.

I always like to mention the production, and Jaime Gomez Arellano (Paradise Lost, Primordial, Angel Witch) has done a standup job. With The Dead sounds as unfussy as it is uncompromising. It is for me lacking a certain element of low-fi danger – that rare and unsettling spectre which haunts truly great doom albums (an example being Ramesses’ Possessed By The Rise of Magik), however, this can be forgiven as the album has plenty of character in its own right. My only real criticism is that the reverb effect used on Dorian’s vocals is a bit naff and over-familiar, but you can’t win ‘em all.

In summary, this is a triumphant display of doom sensibility, with riffs rooted in the early days of the genre (think St. Vitus, Candlemass) while still striving for – and possibly even surpassing – the gut-wrenching heaviness of some of their modern-day peers. Throw in a few pentatonic solos and the occasional short-but-sweet moment of droning psychedelia and you’re onto an absolute winner. A run of live UK/Euro dates in the near future seems likely; a bone-shattering live experience is a dead certainty.

Ignore this band at your peril!

Ideally live (and suitably intoxicated), surrounded by hundreds of doom fanatics. Failing that, right before bedtime at high volume through a good pair of cans.

With The Dead is out now on Lee Dorian’s own label Rise Above, which played a vital role in the formation of the UK scene during the 90s.

As well as being founding members of Electric Wizard, Bagshaw and Greening also collaborated in the now-defunct Ramesses – a firm favourite in the UK underground and highly recommended.

For me the standout track is Living With The Dead. Hypnotic beats and chant-like vocals combine in a masterpiece of psychedelic doom. The song is crowned by a euphoric guitar lead which forms the climax of the entire record.

With The Dead Links