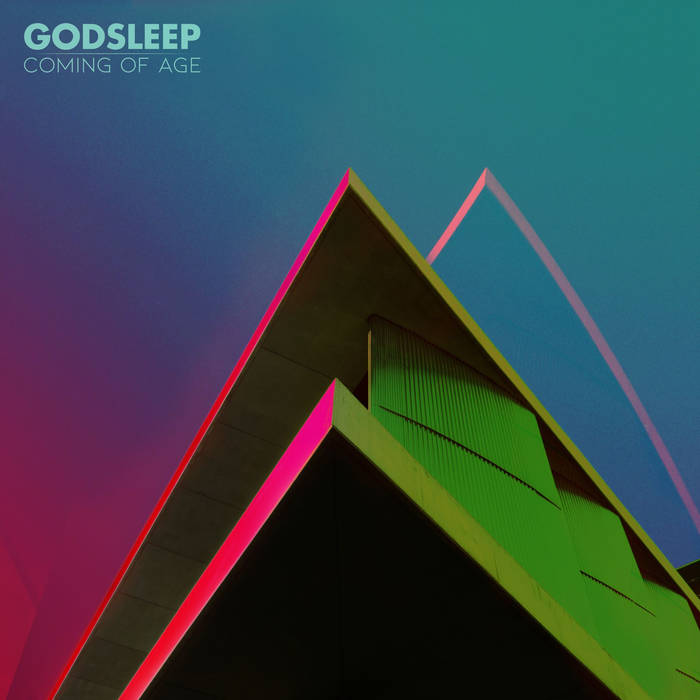 Let me take you for a ride through the Greek desert!

Please welcome a new contributor to the team Kamil alias Mr. Witchfinder from The Netherlands

Greek rockers from Godsleep return with their new album titled “Coming of Age” where fuzzy riffs merge with space and time to further amplify their signature desert preachings.

Just like with their debut child “Thousand Sons of Sleep” released in 2015, Godsleep again created a coherent musical experience that is best perceived as an entity, though diverse enough to surprise the listener with tasty treats every now and then. Clear your mind and approach this album cautiously as it may take you to places distant, unexplored but still somehow familiar. Let’s get that record spinnin’ shall we?

The first track literally feels like an abstract interpretation of a space cruiser takeoff. “Ex-Nowhere Man” kicks off with a resonating wall of sonic fuzz, topped with spacey drums all to later drop and rearrange into a thick, tuned-down riffage. Once Amie with her hypnotizing vocals joins the rest of the band, the song feels complete and ravages until it smoothly transforms into one under the name of “Unlearn“. Here Godsleep takes a more energetic turn which wakes the speed demons living inside of us. Riding the riff with another killer track, “N.O.U“, the band summons desert spirits and unleashes their full potential. The perfect balance between instruments and vocals really adds to the quality of the song. Next comes “Celestial” which invites the listener to continue cruising the desert, although offering a rather standard-sounding stoner vibe. It does though preserve and express the atmosphere of the whole album with its fuzzy and zoned-out riff sequences.

With “Puku Dom“, the fifth track of the album, Godsleep slows down and evokes the emptiness of space only accentuating the soft bass lines and cosmic guitar chords. Lasting less than 2 minutes it gives way to the second part of the album beginning with the song “Basic (The Fundamentals of Craving)” which differs from others in terms of lyrics which seem to tell a story of accusation and past tensions between 2 characters. But as the lyrics unfold, psychedelic detours between bass and guitar lines intrude them and structure the song into clear separate parts adding to the overall eeriness.

“Karma is a Kid” on the other hand starts from a totally different point. Initiating with atmospheric grooves and Amie’s warm voice, Godsleep patiently lead us through the mellow, sonic cosmos only to be later thrown into an evolving fuzzy blitz. This is where the precise drumbeats dictate the pace and lead the track toward its end in a grand manner by crushing everything on its way. Securing the end, “Ded Space” delivers a solid share of head-banging riffs which are reminiscent of early works of 1000mods. The final minutes of the album are a blend of all instruments repeating one psychic sequence led by the ever-angry vocals of Amie. This ending just made me crave more thick, fuzzy riffages!

Guys from Godsleep did an incredible job with “Coming of Age”. Shifting to female vocals and cultivating the previously established raw, desert imagery resulted in an album that is a story in itself. The name perfectly illustrates the step forward which the band took here by experimenting with song compositions and fresh sonic sounds. If you want to stay true to the desert, yet lose yourself in the cosmic abyss tune in and crank that volume up because there is no way your neighbors won’t like it.

Half Gramme Of Soma – Groove Is Black Review