16975 updated post view 636
Home Fuzzy Reviews Hermit’s Weedsom – As Above, So Below Review

Hermit’s Weedsom – As Above, So Below Review 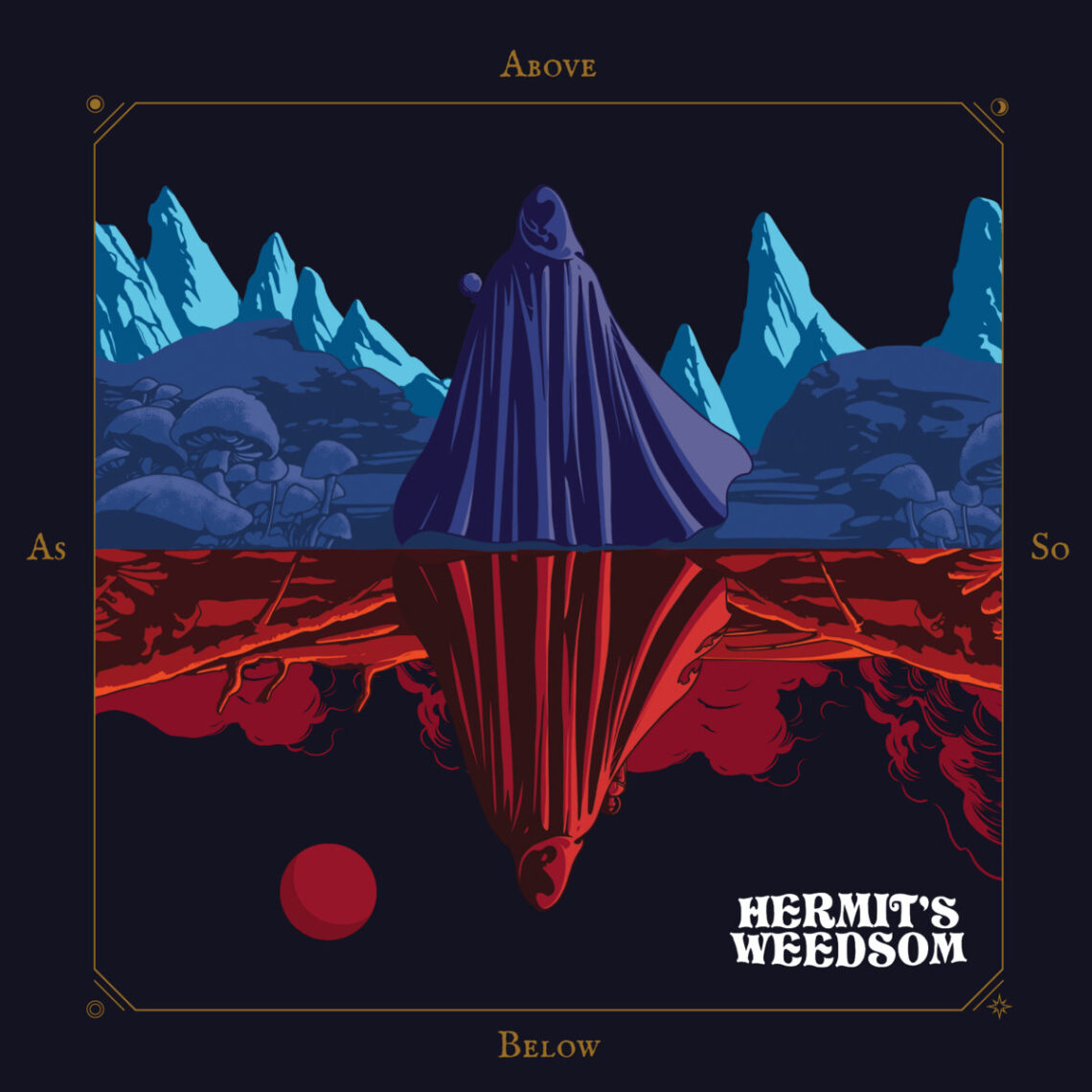 Hermit’s Weedsom is a duo from Rennes, Bretagne, France. Yup, that’s also the city from which Djiin (whose debut album was released on More Fuzz Records) is from, and a quite lively and cultural city, especially for our scene, well, at least before the craziness of the last year and a half. They appeared out of nowhere last October, releasing “He Who Sees In The Dark“, their debut LP, on Nov. 1st. Six months later, they reveal their new offering to our greedy ears, “As Above So Below“, self-released this week, on May 25th.

They describe themselves as a “cunningly heavy instrumental psychedelic stoner doom” band, which is quite self-explanatory and fitting to what they do. As one might deduct from their covers, album and song titles, they dig a lot of their inspiration in the esoteric and alchemy realms. Being an aficionado of the instrumental side of our beloved genres, I particularly appreciate when bands try to find other ways than lyrics to connect their music to conceptual or visual themes, helping the listener to mentally visualize their sonic universe. Spoiler alert: these guys nailed it, and manage to express so many feelings and impressions about their identity, inspirations, and universe, without any lyrics, hats off gents!

Aerial, yet Heavy. Simple, yet sophisticated. Light, yet full of darkness. In a word: contrasted.

But don’t let yourself be fooled, this contrast is at all times mastered, balanced, and channeled as a powerful equilibrium, rooting sonically the alchemy inspirations suggested by the visual and text hints.

That’s also how this album stands out, for me at least. Every detail, in whichever form it can be, melody, riff, break, color, visual, or prose, keeps on building and expanding the band’s universe. The whole album is a singular experience, from the first look at it to the last note of it. You just have to immerse yourself in it and let it sink, paying attention to every thought that goes through your brain, every urge that goes through your soul.

As heavy and bleak as it can sound overall, there’s always going to be a ray of light piercing through the clouds, a respite in the storm. It’s a neverending battle that no side wins, always under the scrutiny of the band, balancing the struggle at all times, orienting in a direction or the other as they see fit.

The Prog influence is all over the album, in various nuances, be it Floydian peaceful moments, ferocious buildups, or any variation in between. The Stoner/Doom base of the band’s sound is enriched with those influences, but also by the obvious Post-Metal vibe that is making the overall result at the same time lighter and meaner.

Hermit’s Weedsom might not be the most highbrow name they could have come up with, but they compensate profusely for it in their music. The guys show unceasingly their natural ability and taste for finesse, which is even more of a feat when you consider that they are just two and keep it instrumental, conditions that usually induce more simplicity rather than what we’re served with here, for our greatest pleasure!

At dusk, enjoying the shift of day into night, taking the time to observe the fluctuations of energies within the music, yourself, and the universe.