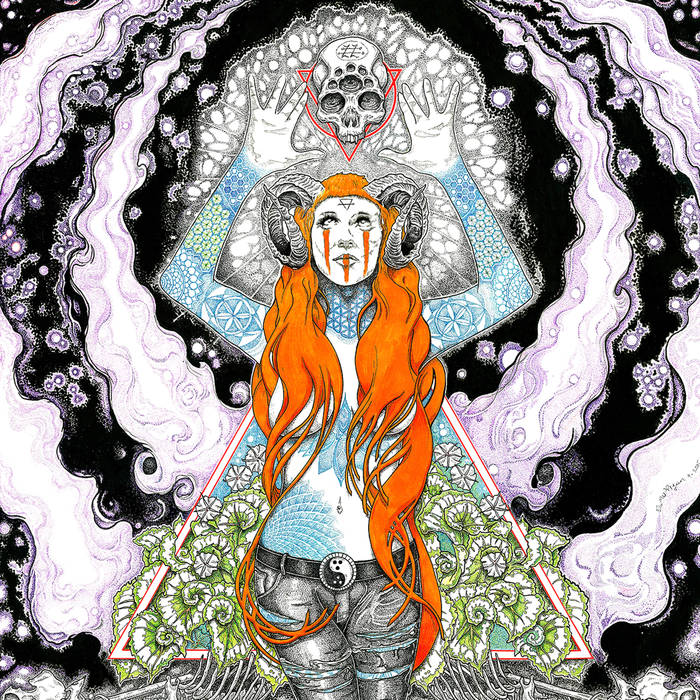 Mother Mooch is Calling Me Back to Her Silver Womb!

Mother Mooch is an Irish quintet active in the heavy underground scene for the last years. They have taken their name from a Black Sabbath misheard lyrics, specifically from “Symptom Of The Universe”, and they play an excellent and hard to define mix of different rock genres, including: Hard Rock, Doom Metal, Stoner Rock, Heavy Psych, Desert Rock, Heavy Metal and Grunge.

They gain a lot of attention thanks to the release of their “Preludes” EP in the first trimester of 2015 and for their appearance in the Doomed & Stoned compilation “The Enchanter’s Ball” a couple of months later. These two events raised the expectations of the heavy community regarding their debut album which arrived last November, and clocking at 31 minutes, “Nocturnes” shows the possibilities of musical expressions without borders of the heavy underground scene.

The album kicks off with “The Tempest”, a song with some mystic guitar effects and the powerful voice of Chloë Ní Dhúada, you can feel she’s sending you an invitation to a psychedelic meeting, one of those famous “acid tests” from the mid 60’s where the Grateful Dead put the musical background. The moment you’re starting to feel comfortable with that vibe, PUM!, the band turns 180 degrees speeds up and mutates the song into a Heavy Metal one, and you know what? The band makes that move perfectly! After this incredible start, they immerse into Grunge and Alternative Rock territories with “Sinners”.

“My Song 21” is a short song with a punk vibe that hits you directly in the face. “Into The Water” is a Heavy Psych song with a vibe that reminds me of Alice In Chains on their “Dirt” years. I particularly love the performance of Chloë on this one, the song offers the space to show her impressive vocal range.

To keep things interesting, the band starts the second half of the album going back to Heavy Metal territory on “L.H.O.O.Q.”, a song with the perfect vibe to start a live set. “Misery Hill” is a song with some very good guitar riffs and solos.

“Hive Mind” has some great drums and bass arrangements and a magnificent vocal performance where Chloë shows her soul and the deepness of her voice. Also, this song provides some fuzzy guitar tones thanks to their two axemen: Sid and Farl. This is the heaviest song of the album, and if you ask me, it’s my favorite too. The album comes to an end with “Out On The Western Plain”, the perfect song for a “rock and roll” inspired western.

With “Nocturnes”, Mother Mooch bring us a diverse musical feast. I really enjoyed this album, it’s a strong debut and I hope everyone who hears it, will enjoy it as much as I did.

If you consume your music on physical format, you have the options to buy the album on CD on their Bandcamp page or their Big Cartel shop. Also, you can order a nice t-shirt with the band’s logo.