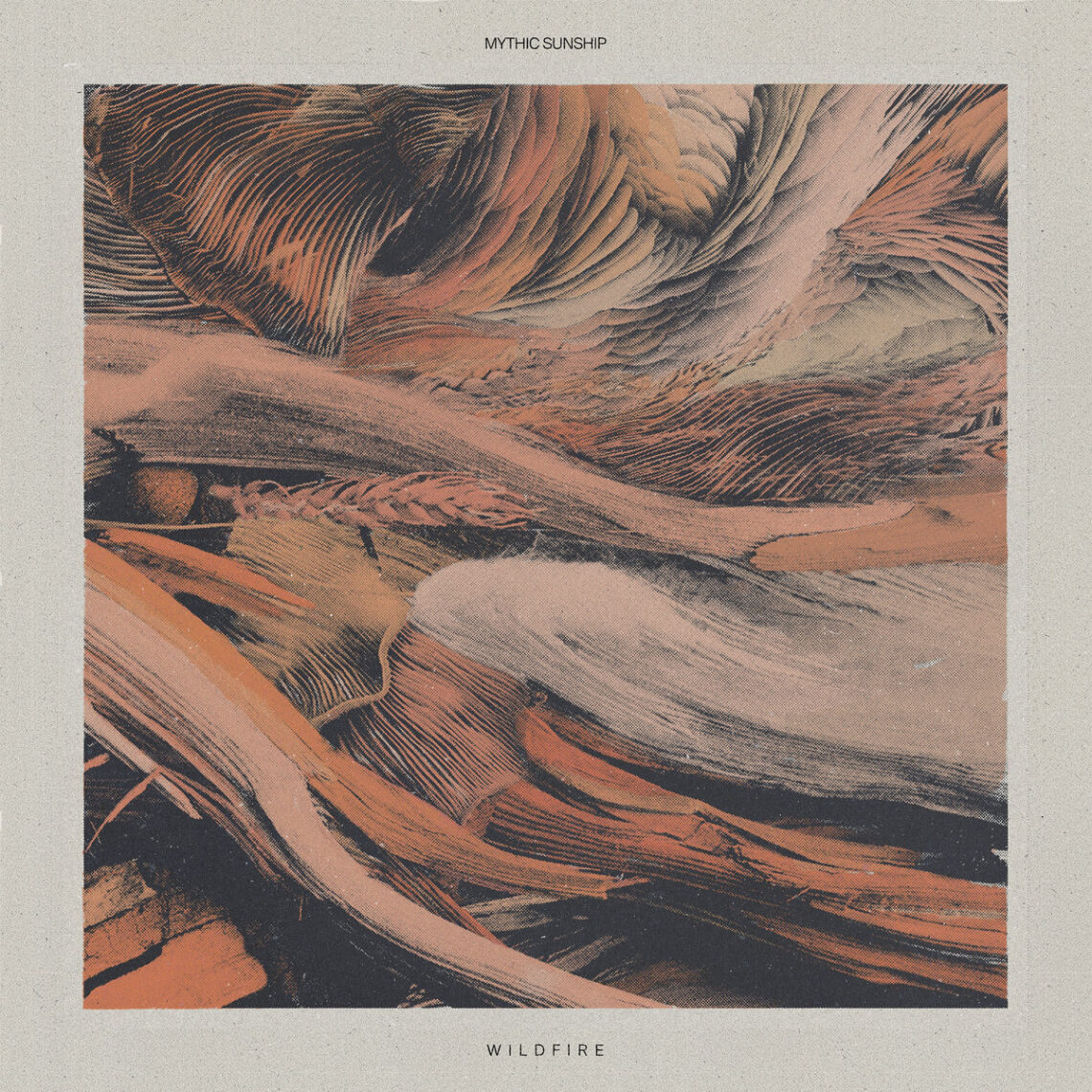 An intense emotional rollercoaster exploration through the stars

I’ve always been a big fan of them, waiting for each new offering filled with anticipation. Like most of us, I’ve still been blown away by the masterpiece that is Another Shape Of Psychedelic Music, their last LP from 2018 (#1 of my top back then), which has been on regular spin ever since. I must say the bar was as high as can be in my opinion, and still, it never crossed my mind that I could be disappointed. So that’s pretty much as overexcited as I could be that I’ve been waiting for this new album to drop.

Even though I have the feeling I will need a lot more spins to make sure I really get a hold of everything that’s hidden in this monumental pillar of jazzy space rock exploration that Wildfire is, I wanted to give you my fresh take on it today…

Wildfire stands by its name right from the first seconds, kicking off on burning wheels with only the names of the album and the track as a kind of warning.

Maelstrom is indeed a really well-fitting name for the crazy energetic opening track. You can feel it directly from the beginning dynamic, and this feeling only strengthens all along the course of the track. All the musicians seem to be firing in every direction at once, nifty soli coming even before the 1min mark! The saxophone is right on point, adding that little jazzy craziness to the overall frenetic obsessive trippy rock vibe the band displays. I’ll always be amazed by the ever-so-intuitive cohesion they manage to keep while evolving freely around the rhythm. As suggested by the title, Maelstrom surely gets its fair share of messy moments, but it’s always a nice mess, each little part of chaos emphasizing the sum of it all.

I’ve been lucky enough to enjoy Olympia live a couple of times, and it’s definitely been one of my highlights each time. The clear echoing guitar intro, which funnily puts Baba O’Riley in my mind at first, turns into a piercing and buzzing krautrock pattern once joined by the other instruments. Then it flows naturally, taking off and speeding up progressively, going up and down, just to get back up again, the guitars taking turns to try to reach some distant stars that seem almost within reach of those atmospherical melodies. Those clear high echoing notes and rich harmonies induce a blissful feeling as one lucky mortal might feel while strolling the Greek Gods sacred mountain. And the fact I’m writing this despite the absence of the saxophone is also saying quite a lot.

Here come some tough part, as familiar as I can be with Mythic Sunship and their music for quite a while now, Landfall makes me feel a bit lost. The best way I could explain it would be to picture a wanderer suddenly coming across one of the most amazing and beautiful landscapes he’s ever seen. Completely stunned, in awe of the wonders unraveling before his eyes, not even knowing where to look at, the brain totally overflowed with rapturous impressions, paralyzed by the immensity of what stands ahead. The overall vibe is so smooth, welcoming us to a brand new world of delight. The guitars take us by the hand, encouraging us to move past our first shock and to explore and bathe in all those marvels before us. I love the touch added by the melodica (or harmonica, not entirely sure about this), the synergy with the rest of the band is breathtaking, especially with the sax.

The band keeps on steadily exploring the range of possibilities at their disposal in Redwood Grove. Locked on a groove with some eastern sprinkles, the guitars and saxophone keep on swirling freely in the jazzy spacey playground that is now clearly bearing Mythic Sunship‘s sonic identity, filling our ears with wonders. Here the sax almost sounds like a violin at times. Even four tracks in, they manage to surprise us with what they can pull out of their magical hat. Despite being almost constantly digging that kind of music, along with lots of other different stuff, I’m abashed by what these guys express and make me feel, most of all, by how fresh and innovative their material always is.

Going Up is another track that really crept up into my ears the last few times I saw those guys on stage. The appealing tone of the first guitar notes makes it an easy earworm to me. I love the way the bass comes in, buzzing, before the drums and other guitar kick in, then heading onto their wild exploration. Going down nicely around the 3min mark, they give us a bit of time to catch our breath, which seems the first moment allowing it since the beginning of the album. That said, it’s been more an exciting drive than a relentless struggle, Mythic Sunship’s music bearing a really (welcomed) positive aura overall. They pace a bit back up, building again piece by piece the previous melodies, giving each one some time to shine too, bringing up some tension before climaxing all together in harmony. This bit of contrast gave even more perspective to their massive sound, making it even more gargantuan after the comeback. After enjoying that state a bit, they pick up their exploration from there, capturing as many essences of genius as they can in the couple of minutes they got left before the end of the track, and album.

Even if that’s not so surprising given what Mythic Sunship have used us to, Wildfire is filled with so much astonishing material, sheer talent, thrilling emotions, fluid jam feeling, intuitive composition mastership, perfectly sounding harmonies, glorious dissonant freak-outs, refreshing sonic explorations, and overall consistency that it’s really hard not to be surprised still. Mythic Sunship managed to release yet another stunning masterpiece, and we can probably expect at least a few more where that came from. I don’t know about you, but that is definitely a comforting feeling for me. Now let’s hope we will have managed to unearth and decipher everything Wildfire has to offer before the next release!

While enjoying the late afternoon sun, keeping it on repeat until the sky is dark and full of stars, to properly grasp the warm rock energy and progressively lose yourself in outer space.

Samsara Blues Experiment – One With The Universe Review