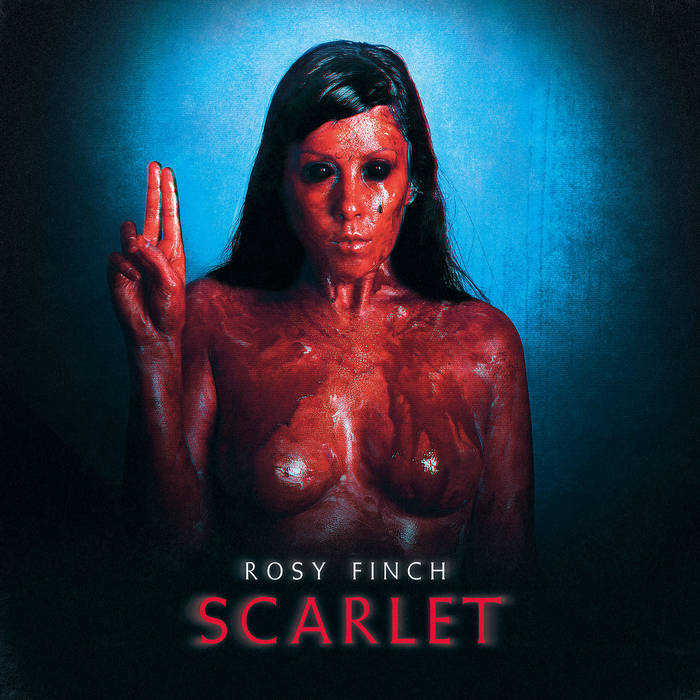 Enjoy these tales of Fire and Blood!

Rosy Finch is a Spanish trio that has been around in the Spanish heavy underground scene for the last seven years or so. The original line up consisted of Mireia Porto (guitars and vocals), Elena García (bass and vocals) and Lluís Mas (drums and percussion), with this formation they recorded three fantastic released: “Wolves Waiting” (2013), “Witchboro” (2015) and “The Sunset Acoustic Sessions Vo. 1” (2017).

During these years, the trio consolidated their reputation thanks to their musical proposal clearly inspired by the grunge and alternative rock of the 90’s, but with the fuzziness, occultish vibe and heaviness of the Sludge and Doom Metal of present days. It is also important to note that during these years, Mireia also served as vocalist and guitarist of the Doom Metal band Hela, with whom she recorded the fantastic “Death May Die” in 2017.

After the recording of the new album, entitled “Scarlet” (2020), Elena and Lluís decided to leave the band. Two talented musicians, who also participate in other excellent Spanish bands, accompany Mireia Porto for the band’s new period: Óscar Soler on bass (Pyramidal/Domo) and Juanjo Ufarte on drums (The Dry Mouths/Baläte/Grajo).

“Scarlet” finds the band angrier and heavier than ever. A thematic album focused on the red color, in their leader own words “Scarlet is about aspiring to be more and to do more. It’s about the idea that nothing will remove the pain but nothing can detain you. Red has always represented danger, lust, sin, guilt, blood…”. These ideas conveyed appropriately thanks to the band’s performance and the excellent lyrics and vocal arrangements of Mireia Porto.

The album starts with “Oxblood”, the heaviest song of the album and the one closer to their Sludge metal influences. Here the band plays with fury and Mireia sings with a wave of anger not seen until now. For “Lava”, the musical atmospheres and the lyrics focused on the devastation that comes with a volcanic eruption.

“Vermilion” is a song with repetitive patterns, downtuned and hypnotic riffs that, at least for me, can resonate with the alternative metal scene of the late ’90s. “Amaranto” is one of two songs sung in Spanish (the other one been “Alizarina”) an up-tempo tune with a strong Stoner Metal flavor.

“Gin Fizz” creates the perfect balance between Sludge Metal and Heavy Psychedelia with a massive sound, harsh and clean vocals alternated that fits perfectly with the lysergic atmosphere that breathes thru the entire song. “Ruby” is another song that benefits from Mireia’s vocal abilities, ones that can punch you directly in your face with despair and rage but also with ethereal beauty. With its riffs full of groove and a punk vibe, “Alizarina” reflects on the effects of the famous red dye, either because it will be used on a painting’s canvas the body of a possible “victim”.

For the last two songs and “Dark Cherry”, the band let us see again their love for the 90’s music. “Scarlet” is a subtle tribute to classic grunge bands like Stone Temple Pilots, Alice and Chains, Nirvana and others. For “Dark Cherry” the trio delivers a solid vocal performance on top of raucous riffs and harmonies reminiscent of the best years of bands like Deftones.