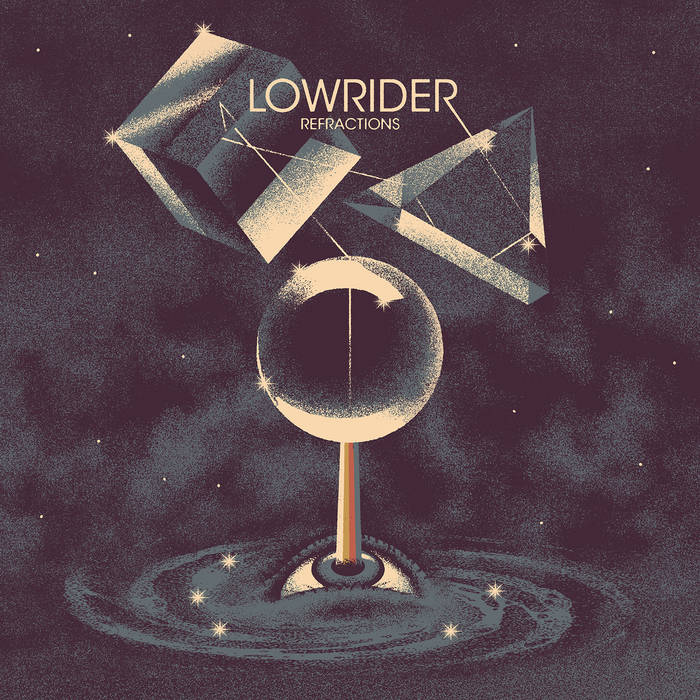 Comeback to the Fuzz!

They are back ! Twenty years after their classic first – and unique album – Ode to Io, the Swedish quartet is back with a killer pure stoner album entitled Refractions. Oh no, these guys never forget their fuzzy recipe…

First of all, Refractions is a comeback story. The comeback story of a Swedish band called Lowrider, that became famous with one killer album entitled Ode to Io, released on September 2000. Only one pure stoner album, following the path of master Kyuss, that became cult. And all of this at a time when the European scene was not as developed as it is today. And since that time? Nothing or almost nothing. In 2003, the band is promised to a brilliant future but splits. We had to wait until 2013 to see the band reformed at the Deserfest Berlin. And twenty years to have the pleasure to listen to their second long opus !

The truth is that I listened to Refractions without big expectations. Nostalgia drove me to it, in memory of Ode to Io. I did not expect a Lowrider album anymore and the struggles they went through did not invite us to be optimistic. And yet, I took a big slap in my face when I listened to it. Refractions is a very consistent production. The pure stoner album we forgot to expect, and maybe a bit more. And damn, what a pleasure to hear again that singular insane groove we missed.

Opening track “Red River” works like a time machine. This aggressive stoner riff introducing the song, this particular voice with reverb, this short and fuzzy wah-solo : twenty years after, Ode to Io spirit is still alive! Swedish guys directly show us that they still perfectly master their unique desert-rock recipe. A unique recipe that is also easily recognizable in fourth track Ol’ Mule Pepe, crafted on the same model with its stomping and so efficient main riff. Some fragments of a glorious past we enjoy rediscovering it.

But Refractions is a bit more than a comeback album. And that is also what makes it so enjoyable. It seems that Lowrider gained in maturity as years went by. This serene strength can be noticed in the second track “Ode to Ganymede”. The composition gains in complexity while the punkish high tempo gives way to a slower management of tension. We can even hear some synths. This more instrumental and progressive approach leaves no doubts: Lowrider came back with some new stuff. The mark of forward-thinking bands that can be seen is next track “Sernanders Krog” as well. Sound textures still refer to the original Lowrider sound signature whereas the structure of the composition gives more importance to the atmospheric construction. The middle section of the track with this bassline and a quite strange soaring melody symbolizes the evolution.

Last two tracks “Sun Devil / M87” and “Pipe Rider” shape one unique final section and constitute a perfect synthesis of what is Lowrider twenty years after. “Sun Devil / M87” follows the path of “Red River” and “Ol’ Mule Pepe” with this amphetamines-fueled stoner that made them famous. A quite short song that introduces the longer “Pipe Rider” (11.25 minutes), in which Lowrider displays all its mastery. Progression is slower but a recognizable fuzzy guitar line still leads the story. The narration takes more its time and develops itself on a highly electrified -and desertic – background. Then, the music falls in a more contemplative section that progressively comes back to a more aggressive final led by a crazy wah- solo. The combination of both elements reinforces the psychedelia present on all the album. And one key element of Lowrider magic.

At the end, I have to admit that Refractions is more impressive than one might think before listening to it. It manages to give this taste of nostalgia while going a little bit further. This singular approach combined with this still rocking stoner feeling reminds us why Lowrider became so famous in such a short period. It reminds us also how they could have influenced so many younger bands. Their forward-thinking capacity is still there and alive. Real fuzzers never die.

Announced in 2015, it finally took six years to Lowrider to record and release their album. It is never easy to come back…