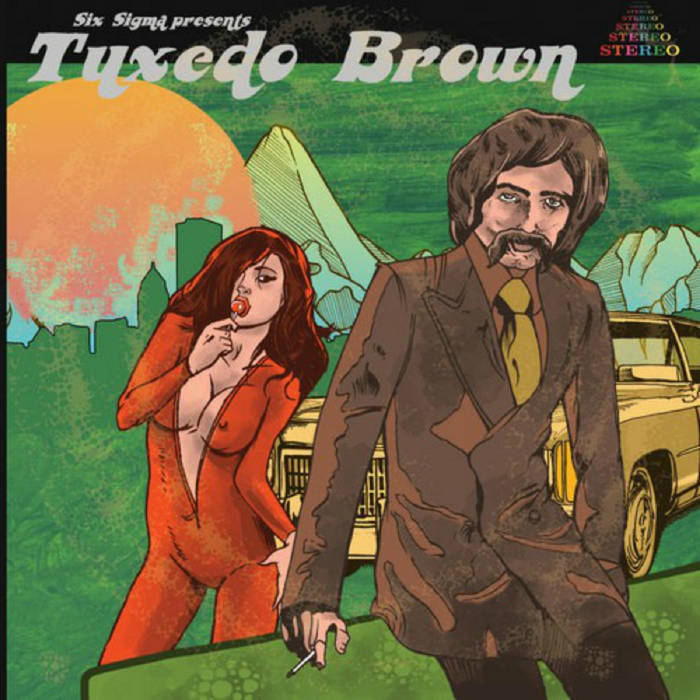 Hey fuzzers ! Been such a long time I didn’t write a review for the blog, so I thought the 300th one (Yes this is the 300th review on More Fuzz Wooohoo

) would be a nice milestone to give me a kick in the butt and try to do some again !

So let me present you another very fuzzy band I fell in love with recently : Six Sigma. They from New Jersey, USA, and have been active since 1999. They released their debut album in 2000 and what’s funny is they recorded another one in 2001, but only released it just a few weeks ago ! Yes their 2nd album, “Tuxedo Brown” is more than 15 years old, I dunno why they waited so long to release it, but don’t worry, it RAWKS so much !

Six Sigma definitely has a Retro-touch and a love for all things bluesy. Most of the songs have a high “Temperature Level”, a terrific groove that is always present which will make you move your ass or at least your head !

Doug Timms (guitar) has that raw acidic fuzz tone with some mad wah-wah skills, it reminds me a lot Gabriele from the Italian bands Black Rainbows and Killer Boogie. And to stay in the similarities, his way of singing will certainly remind you Fu Manchu’s Scott Hill one (also dig the cowbell, Fu Manchu style

What’s also interesting is their instrumental jam parts which have a pleasing psychedelic-side, “She Burn In Blues” would be the most representative song of that side of their music. It’s indeed the longest track of the record, hitting the 8-minutes mark. A long blues-based jam trip ala Led Zeppelin, I love it !

Blast it to get groovy !