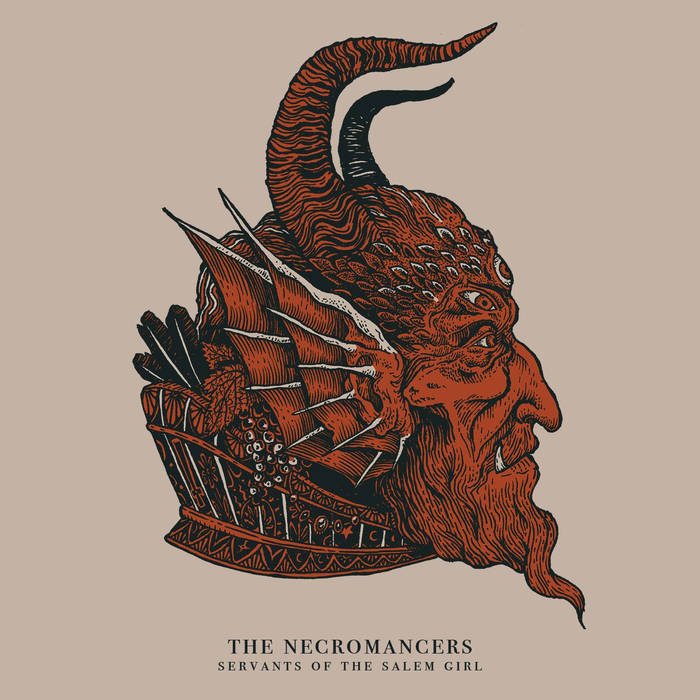 From Poitiers, France, The Necromancers released their debut album, Servants of the Salem Girl, on August the 18th with Ripple Music and it’s been conquering new listeners since then, making it rank ahead of many big-name bands we all know and love on the Doom Charts. The group presents a doomy but uptempo occult rock with lots of heavy metal influence, making it different than what’s out there in an organic and genuine way.

Starting out with my personal favorite track, “Salem Girl Part I“, they don’t hold back any punches: this amazing piece showcases a vast variety of the band’s influences in a way that makes it seem natural, effortless – they’re playing a full-on rock and roll riff, switch into old-school heavy metal, back into rock and roll and then head first into a doom bridge that turns into something else before you notice it. Trust me – it’s hard to explain – but this is good stuff right here. Really good stuff. The track closes off with an amazing guitar solo that WILL get stuck in your head, in a good way. This is one of the best tracks I’ve heard all year.

Next off, is the full-on doom mode with “Lucifer’s Kin“. With a slow, hypnotic intro that speeds up for the verses and drags you way back down again in the chorus, this 9-min track is the album’s darkest moment.

“Black Marble House” and “Necromancers” keep it up, giving some rock and roll and bluesy vibes to the occult and satanic themes presented in their lyrical content.

After that, “Grand Orbiter” brings the album back to it’s darker tone, and finally, Salem Girl comes back in Part II, which is a surprisingly different beast than the opening track. This is their final blow, a punch to the face, the album’s heaviest track and its darkest moment since Lucifer’s Kin. “Salem Girl Part II” finishes it all off so intense, it takes a moment to let it all sink in. And then you get it – that’s why they’re getting all the praise they’ve been getting.

With one of the strongest debuts of the year, The Necromancers don’t disappoint. Give this album a spin. You’ll be jamming to this for weeks.