The Well – Death And Consolation Review 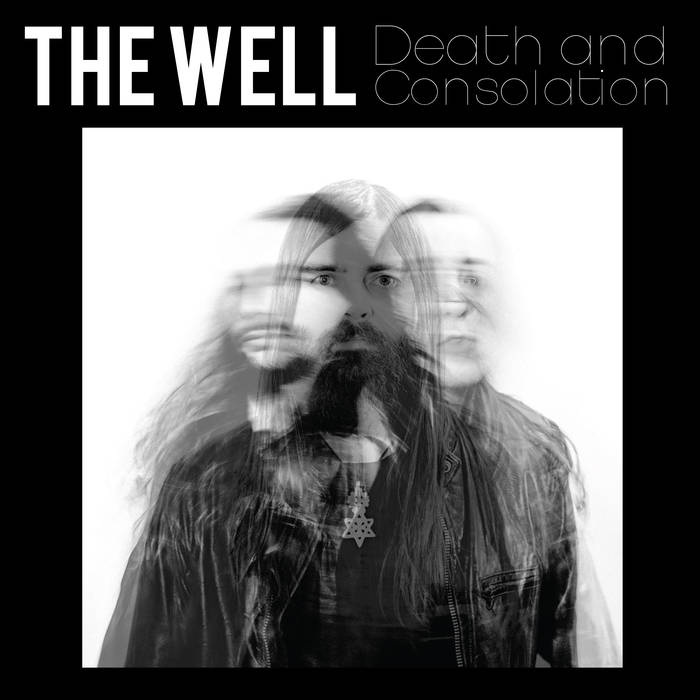 The Well takes their Stoner/Doom to catchier yet darker realms.

The Austin, Texas trio The Well is to my insight pretty well known in the scene and made a name for themselves especially with their last album Pagan Science.
I, on the other hand, didn’t really listen to them until 2017 when I started watching Ride with Norman Reedus.
The tv-show is about The Walking Dead actor riding motorcycles with friends of his around the world and The Well did a short and awesome theme song to the show.

But getting to the point at hand, The Well’s new album Death and Consolation, out on RidinEasy Records, is here!
And since they mentioned it’s influenced by some post-punk bands I have been extra curious since I really like post-punk and its close neighbor goth rock that came during the late 70s/early 80s.

Death and Consolation walks in similar trails as Pagan Science but with extra attention to catchier melodies and overall darker atmosphere while still keeping it fun.
In “Saba”, The Well shows you what’s up after a short raga piece, they get your head moving with catchy guitar riffs and dual male/female vocal lines that give a sense of post-punk vibes.
The second track “Raven” brings the same vibe but even more catchy making you wanna rock out.

Then with “Death Song” and “The Eyes Of Fingers” they slow it down for the doomier side of The Well.
And from here on it starts to get darker and with some really good guitar solos to spice up the tunes.
On “Eyes Of A God” they deliver some straight up Black Sabbath worship, especially during the refrain yet they vocally twist it to sound awesome in their own way which makes it a highlight of the record.

One of the longer tracks is “Act 2“, and here they first keep it doomy with a horror vibe and later switch it up with some trippy vocals and stoner guitar riffs that get your body moving and it’s just in time for the most different track on the record.
With some really sweet basslines, “Freedom Above” is heavy yet chill and reminds me of the band OM.

Now there are only two tracks left and “This Is How The World Ends” keeps a steady pace and to be honest, it’s just alright to me but “Endless Night” more than makes up for it when fusing everything that is awesome about The Well.
The chimes and the awesome effect-drenched guitar solo at the end really amps up the darkness too and you’re left feeling that the record couldn’t have ended in a better way. 🙂

From a Fuzzer to Fuzzer, if you haven’t watched the Ride with Norman Reedus show then sure get on it because it kicks ass.
Beautiful places, cool rides, nice people and Normans good ways of looking at life ! 🙂

Eyes of a God & Endless Night

Stubb – Cry Of The Ocean