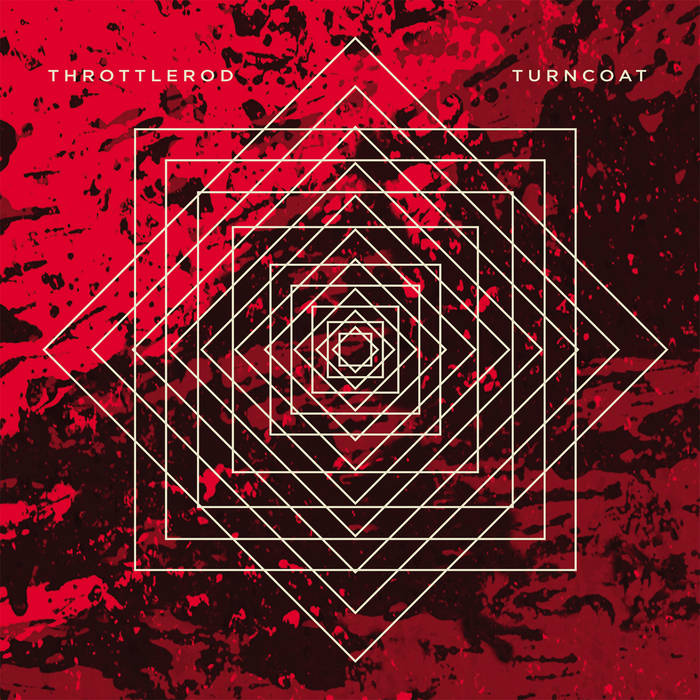 After 7 years of being quiet, Throttlerod has finally granted us another album on the label Smallstone Records. Throttlerod has always given us straight up stoner rock with no little extras thrown in to distract us from fuzzin’ and that doesn’t change on the latest release Turncoat. There are 12 tracks that run to a total of about 55 minutes: just enough time to relax after a hard day at work.

Don’t let my last words trick you, Turncoat is not a tranquil album, but it also isn’t super heavy or so saturated that would require energy to listen to. The riffs and drumming carry a lot of groove, as expected, but it’s a soothing kind of groove. Think about this: you’re sitting at the computer with a coffee (or tea) you like and you’re in the mood for light stoner rock, but nothing too whacked out on the Purple Haze Level. When you hear some of the grooves kick in or when the song gets kicked up a notch, you could react two ways: you want to get up and move a bit or you bob your head gently like a “yeah this is righteous” sort of deal. The way the basslines wrap around your ears and the brashness of the drums kick in when they do is great for the kind of laid-back appreciation I tried to describe.

Speaking of the bass, it would do Throttlerod some justice to turn the volume of the bassist up a tiny bit more. It is audible throughout most of the record, but there are times when it gets difficult to hear. The bass has a light fuzz on it to give it enough pzazz to pique your interest. What piqued my interest the most was the vocals because I can’t really describe them. The vocals aren’t filled with emotion, but they aren’t hollow or dull. They surely fit the music and help give Throttlerod a unique sound. I don’t want to say they carry a lot of power, but that’s not entirely true because the vocalist gives some hearty shouts. Even during the more peaceful of moments on Turncoat, like how the bass is leading a simple beat on “Lima”, his shouts raise the heat a bit.

In the beginning I said Turncoat is not a tranquil album, and it isn’t, but some songs are lighter than the majority so that statement was focused on the majority. The song I just mentioned, “Lima”, is one of the calmer ones. The other chiller ones include “Turncoat” and “Every Giant”. Just like on “Lima” those other two have a really light guitar pattern being played while the bass is the fuzzy leader. The drums play something appropriate to the soothing sounds of a fuzzy, moving bass. All three retain a chilled out vibe until the chorus kicks in, which is the best part of all three for me. I love the transition between calm and high energy, hard rock. It breathes life into each song even though they all were good without the choruses.

Outside of the three I mentioned, the rest of Turncoat has more energy and is more focused on playing a decent hook with a different drum groove each time. Shoutout to the drummer for playing something unique on each song and not resorting to a basic groove with a few fills here and there. Everything the drummer played matched what was happening in the song and is partially responsible for the energy put into the choruses. My favorite songs are the ones that are in high gear the whole time, like “Bait Shop” and “You Kicked my Ass at Losing”. “Bait Shop” has a more “stoner rock” sound by the vocal delivery and cooperation between bass and guitar. “You Kicked my Ass at Losing” has an almost 90s sound to it. I’ll credit that to the constant rumbling bass and guitar riffs mixed with the vocals.

During some light work or when you want to listen to fuzzy rock that isn’t too heavy or psychedelic.