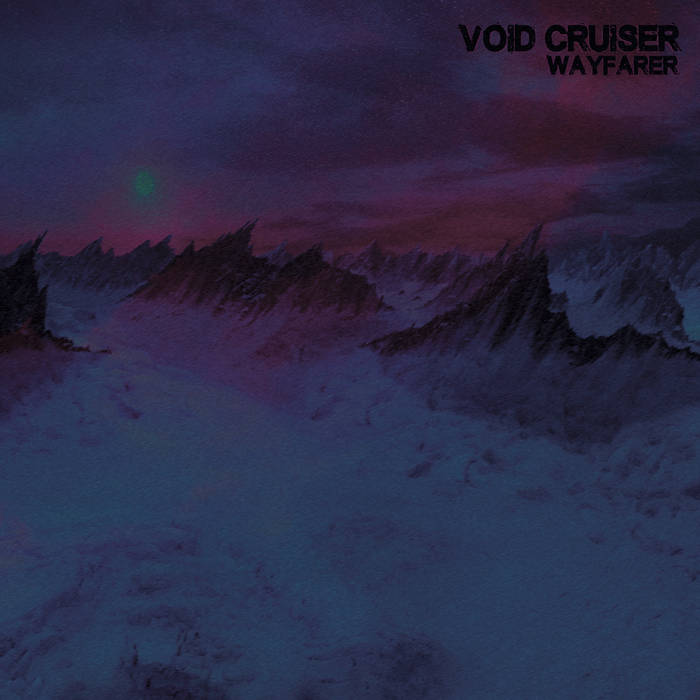 There's a ticket to the introspective unknown... Courtesy of Void Cruiser

Void Cruiser’s new album, Wayfarer, is the follow up to “Overstaying My Welcome” edited in 2015, and their sound has matured…a lot!!
With a slightly different approach, they still seem to have that characteristic love to the good ol’ rock n’ roll sound that they expand in different pathways throughout the eras.

Like the sea itself was building the biggest wave the world has ever seen, only to crash upon us, mere mortals, at the 1:58 mark in the first song of Void Cruiser’s “Wayfarer”.

“A Day Which No Man Was Born“ grip you in ways that you almost feel the desperate need of getting out (but can’t) of this immense, fluid and silent beast, this track is the perfect set up for a 46 minute long journey provided by Void Cruiser, where you’re able to take a glimpse back to the nostalgia and the sober tone of the 90’s hard rock scene mixed with the ways of the heavy psych and doom of current times.

Without ever leaving the sense of the cosmos and spacey atmospheres “I Didn’t Lie But I Know Now That I Should Have” slowly starts off only to become something that could fit perfectly between “Rooster” and “Junkhead” in Alice in Chains album “Dirt”.

Towards the end the whole band becomes a sort of untamed animal and the song almost has a jam type vibe, with the prevalent “wah wah” tone of the lead guitar that almost sound as a harmonica and S-Salo’s vocals drifting between a car’s battery acid voice and a shouted roar à la Layne Stanley.

With “IDLBIKNTISH“ finished “As We Speak“ enters with a completely different aura, a straight forward classic stoner piece, with very subtle changes throughout the entire song, that provides the perfect gateway to the massive center of the album with “Madonna’s and Whores” probably the heaviest riff in the whole repertoire, it blends the sounds of early Soundgarden with some southern scents of “NOLA” of Down.

Unpredictability is the perfect adjective to this album, and that’s evidenced in “Seven Years Late“, where Void Cruiser takes you to the gothic environment of Type O Negative, to the street corners of raw energy of hardcore and to an 80’s Alice Cooper song, yes it’s strange but once the song reaches its final stages your head is in a scattered puzzle that once you put all the pieces together it makes so much sense and you are left with a sense of “WOOOW I’ve felt greatness!“.

“All Over Nowhere“ and “Maailman Kallein Kaupunki“(The Wealthiest City in the World) finish off this masterpiece, the first one is definitely one of my favorites, and does not need a lot to be it! A crushing riff, excellent drum work and a scream at the end that send chills down on your spine, simple formula right? The last is a really “psychysh” rework to the original composed by a Finnish folk artist J.Karjalainen in their native language, it sounds awesome!

“Wayfarer” seem to be a two faced coin, on one hand, you have all the space atmosphere, artwork… The overall concept of the album is space right?

This is what Void Cruiser wants to primarily provide to the listener, but on the other hand, the vocal themes seem to approach different themes, like the struggle of doing the good where everyone else does the evil to achieve success.

This duality in their music seems to shine through to the artwork, where all the “white, the bright and the pure” is at the bottom of the mountains while all the “black, the darkness” is at their peaks. All the creative process of Void Cruiser seems to be inspired by the seasonal changes and the mystical nature of Finland.

Where the melancholia is ever present.

I Didn´t Lie But I Know Now That I Should Have, Seven Years Late, All Over Nowhere