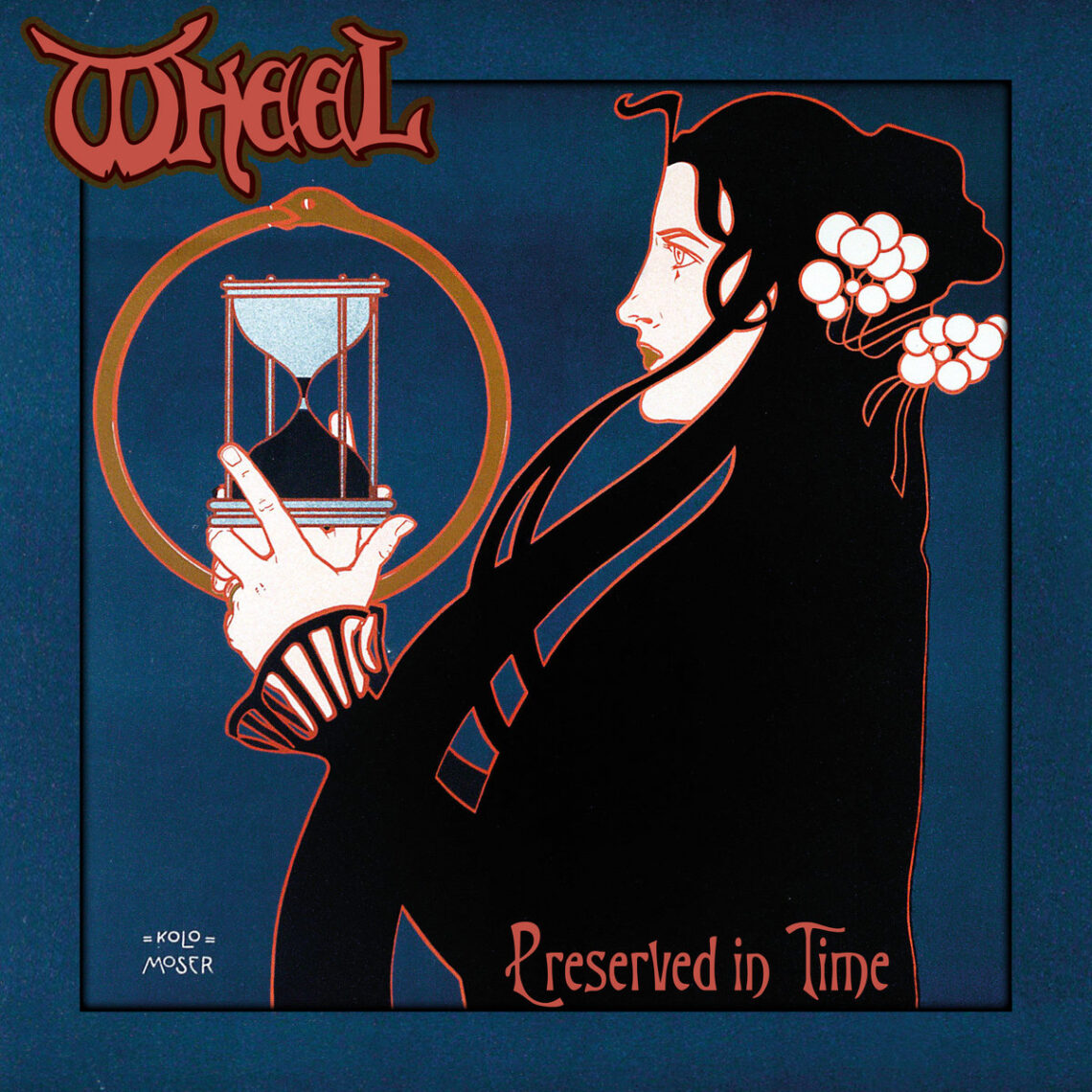 Prepare for an epic ride!

Wheel is a German band formed in 2006 when by Benjamin Homberger (guitars), Marcus Grabowski (bass) Arkadius Kurek (vocals) under the name Ethereal Sleep. With the addition of Carsten Jercke (drums) in 2009, the band decided to change their name to Wheel in part because it “resembled the slowly-grinding mill wheel as heard in the intro of ‘Mills of God’ on the band’s self-titled 2010 debut”, i.e., it suited better to the type of music they played: Epic Doom Metal.

In 2013 the band released their second album, Icarus, and entered in a period of inactivity. After 8 years, they signed with Cruz del Sur Music for the release of their third LP, “Preserved in Time”, an album that doom lovers have been waiting for for a long time.

The album starts forcefully with “At Night They Came Upon Us”, with powerful riffs and a slow rhythm serving the table for an excellent vocal performance. After that, the band delivers a less dramatic performance with “When The Shadow Takes You Over”. This is pure and unaltered epic doom metal, a sound that can be traced back to the genre classics such as Candlemass and Solitude Aeturnus.

With catchy melodies and choruses, “After All” and “She Left In Silence” could be the radio-friendly singles of the album (ha!). Joke aside, they are emotive songs with lyrics centered on traditional doom metal themes: despair, misery, etc. “Aeon Of Darkness” starts with some acoustic guitars arrangements that highlight the melancholic essence of the band’s sound. Kudos to Marcus Grabowski on this one for the groove created with his bass lines.

The album enters its final stretch better than ever with “Hero Of The Weak” and “Daedalus”. The first one serves for Arkadius Kurek to show his vocal abilities delivering tons of emotions in tune with the musical atmosphere created by the band. The album closes with my favorite tune of all. In its 9 minutes, the band encapsulates what Epic Doom Metal means.

In conclusion, I can say without a doubt that “Preserved In Time” is called to become one of the strongest albums of 2021.

We appreciate their signing with Cruz Del Sur Music, a record label that suits them and for what we know will work to promote them among the fans and followers of the heavy underground scene.