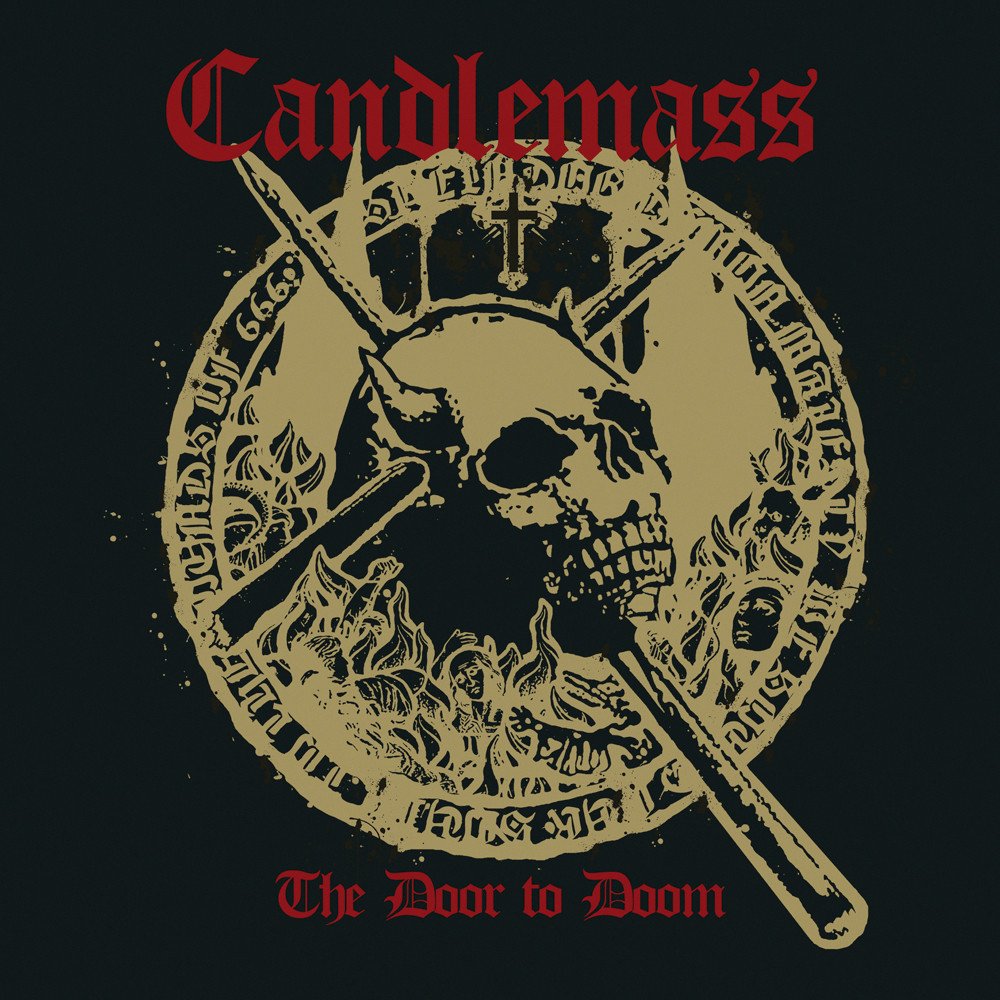 The Masters of Epicness are Back!

As I start writing this review, I can’t stop thinking about the one I wrote of Pentagram’s “Curious Volume” almost 4 years ago. At that time I said, “It seems unusual to introduce Pentagram to the ‘More Fuzz’ audience, probably everyone in here knows about them, but much water has gone down the river and this band, one of the first doom metal groups (…), has revitalized becoming stronger than ever”. Change “Pentagram” for “Candlemass” and “one of the first doom metal groups” for “the originators of epic doom metal” and the argument would be the same.

Candlemass is a Swedish band that has been around since the early 80’s when they were known as Nemesis. By 1984 founding member, bassist and bandleader Leif Edling decided to start a new band with Johan Längqvist (vocals), Mats “Mappe” Bjorkman (guitars), Klas Bergwall (guitars) and Matz Ekström (drums), and that’s how Candlemass was born. Inspired by the sound of Black Sabbath, Witchfinder General, heavy metal warriors Angel Witch and Manilla Road, they entered the studio to record the infamous debut “Epicus Doomicus Metallicus” and without knowing, they created a new musical subgenre: Epic Doom Metal.

After the album’s recording, Längqvist, who served as a session vocalist, left the band and was replaced by Messiah Marcolin, who remained in the band until the early 90’s. In that period, they cemented their reputation as one of the best bands in the genre with their landmark albums “Nightfall”, “Ancient Dreams” and “Tales of Creation”. A lot of water ran under the bridge since those days, members came and went, including Messiah Marcolin, and 2019 brings us a surprise reunion of the band with its original vocalist Längqvist, now as a full-time member for the release of “The Door To Doom”.

The album starts in fine form with “Splendor Demon Majesty”, constructed around up-paced riffs, heavy drums and thunderous double bass, the perfect musical companion for Längqvist’s performance and lyrics that highlights the ways of the “dark lord”.  “Under The Ocean” is classic Candlemass, heavy mid-tempo riffs, solid rhythmic accompaniment thanks to Edling and longtime drummer Jan Lindh, and emotive and dramatic vocal performance.

“Astorolus – The Great Octopus” is one of the highlights of the album, not only because it’s one helluva song, also because it counts with the participation of the Godfather of all things heavy, Mr. Tony Iommi himself. The guitar work on this one is really good thanks to the interaction between longtime axe-men Mappe Björkman and Lars Johansson. For “Bridge Of The Blind”, the band lowers the revolutions so that the listener can take a break from the intensity of the previous tracks. In addition, it serves as a bridge for the second part of the album.

“Death’s Well” is a typical song from 21st century’s Candlemass, one that could have been part of the albums they recorded while Rob Lowe was handling the vocals. “Black Trinity” is very powerful, with a similar vibe to “Astorolus – The Great Octupus” which means it’s very Sabbatesque without abandoning Candlemass trademark sound.

“House Of Doom” it’s a re-recorded version of the one that came in the 2018’s EP of the same. It has some new arrangements, its major highlights are the organ and guitar solos in the mid-section.  The album ends with “The Omega Circle”, a song that embodies the Candlemass sound and aesthetic perfectly. After its finish, the band leaves you with a hunger for more material.

After the album is finished, you can tell these guys are professionals and know their business, they stacked to their guns and managed to deliver one of the best doom metal albums of the year.

Don’t expect “Epicus Doomicus Metallicus Pt. 2”, “The Door To Doom” is a beast on its own nature and only time will tell us if it aged well and the appropriate place it will have in the band’s catalog.