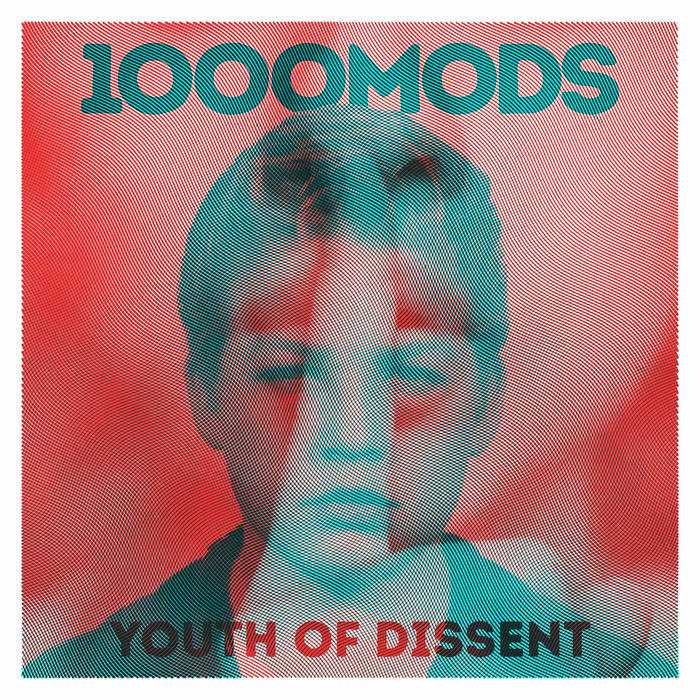 Review by a new contributor, please welcome François alias Mr. Momo from France in the team

I’ve been into 1000mods as long as I’ve been into stoner music. Tracks like “Vidage“, which has become a reference in the community due to its ability to continuously pop up on the YouTube algorithm, “Road to Burn” or “Low” have been my life’s soundtrack for the past years. And their 2016 release, Repeated Exposure To… was still that kickass heavy rock with a wonderful energy, the track to an imaginary road 66 but with olive trees instead of cactus, somewhere along the Mediterranean coast. These last years, the Greek band has been all over the place, getting a lot of enthusiasm, so everyone was long awaiting their new album, Youth Of Dissent, released in April 2020 via their own Ouga Booga and the Mighty Oug Recordings label.

What happened? I would like to get, one day, an answer to this question. This album is, to say the least, disappointing. A lot of what made 1000mods great – their energy, their great heavy riffing, their aggressivity on certain tracks – seems to have vanished from most of this album. Overall, it sounds a lot more polished, flat, almost gentle. A lot of it is also due to the voice, quite less engaging than on the previous albums, and the guitar, a lot clearer. Like the band does not want us to feel their fury. Like they would want us to… calm down? It all sounds… a bit boring, to be honest.

Let’s dig into it. The first song, “Lucid“, is quite OK, but a good example of all the problems scourging the album. The rhythm is good, energetic, but then the voice starts and the bewilderment begins. It’s flat. The rage that made a banger hit like Low has disappeared. And it never really picks up. “So Many Days” begins with a beautiful bass line that unfortunately gives way to a mediocre song, except in the last 2 minutes, a bit heavier. And most of the tracks are like those, there’s something that feels right but drowned in the middle of a very average record. Don’t even get me started on the first single released, “Pearl“, which made me really, really worried at the time. It seems I was right. Some songs just have nothing to do with stoner anymore – “Less is More” and “Young” are a gesture towards something more pop, a lighter approach, which I wasn’t expecting to say the least. “Blister” is heavily leaning towards grunge.

So why listen to this album? Because there are shining nuggets in the dust. “Dear Herculine“, after a sluggish start, offers a slower, doomier ambient with a real intention. Something is clearly happening with “21st Space Century“, which is building up tension but will never release it, being a 2 min instrumental interlude. “Mirrors“, the last song in the album, is also its best surprise. A beautiful round bass, drums striking with military precision and violence, a heavy and repetitive riffing, and, last but not least, the return of the anger in the voice.

Also, the album is very well produced. The instruments sound great, the mastering is good, it makes for a technically, if not emotionally, good listening experience.

So what can we make out of all this? Maybe 1000mods just want to reach a wider audience. Clearly, the album is opened to more influences, takes from more different styles, and can be listened to by non-stoner ears. It may sometimes leave us with a feeling of betrayal, but who are we to tell anyone that they have to sound the same all the time? I don’t like this album, I don’t like where 1000mods seem to be going, but I’ll be the first one to wish them godluck & goodspeed, and thank you for all the good times.