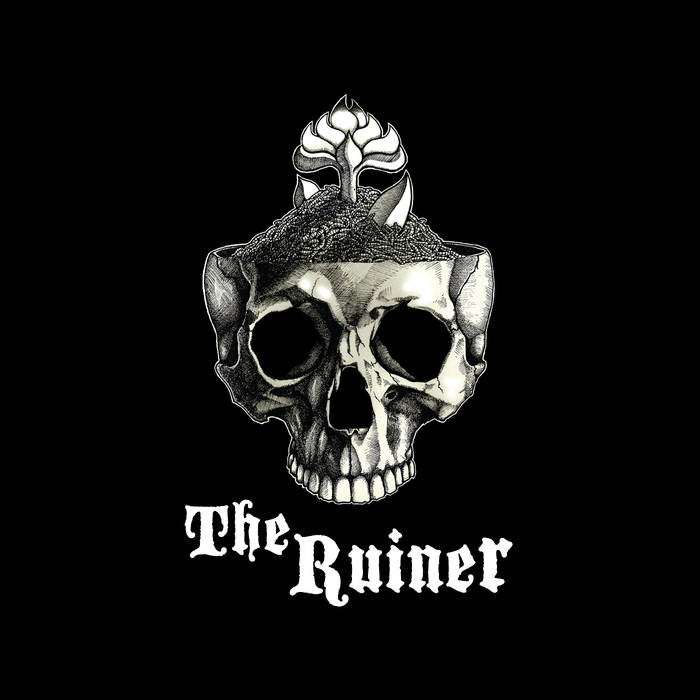 You Aren't Ready For What These Dudes Reserve To You !

Located in Australia, The Ruiner is a fresh new band who just released their first full-length. This 6-piece stoner/punk/doom dropped their album, on 26th of September, and it is… quite heavy I’d say !

The band is composed of Jason V. (vocals), Jason PC (bass), Craig Westwood (guitar/vocals), Adam Stokes (guitar) and Ben Stokes (drums). They combine the massive voice of the singer with a huge sound of guitar and a strong rhythm section.

Out on Desert Highways (independent music label, based in Melbourne, who release the self-titled album of Hobo Magic, which I highly recommend), this 9-tracks release relieves some really good doomed-riffs with a hot dose of distortion and fuzz. These dudes already played live a lot, opening and sharing stages with some great bands like Saint Vitus, Jucifer and Black Cobra and for me, it’s trustworthy !

They’re here and they know how to play. Most of the time it’s really loud and heavy, the guitar’s riffs deliver long head-banging moments, followed by some high and mind-blowing parts, like in ‘Smoke‘, ‘10 Paces‘ and ‘In Dirt‘. The Ruiner really put the guitars in front, in order to hit you in the face and slowly make you fall into a whole new universe. Add to that the growling voice of Jason V., the groovy bass-lines, the rumbling drums, and you get a perfect mix between a very raw music and a deep/doomish world, which makes you shake your head, truly hard.

Opening with the brutal track ‘Hubble‘, a fat and heavy wall of sound which welcomes you into the powerful world of The Ruiner. And as you get used to this strong mix, a brilliant solo slaps you in the face ! Then followed by ‘Liar‘ and ‘Smoke‘, these two songs repeat a system that works : it’s heavy, you like it, they know that. The awesome riffage, the fuzzy sound of the bass guitar and the massive drum kicking also complete very well the obscure/gloomy vocals. ‘Liar‘ reserves you two solos, short but good, slicing the sound perfectly.

‘Smoke‘ has the energy of a punk song, but in a doomish style. The drums give an awesome rhythm, followed by the guitar which fit perfectly with the whole. The kind of energy which doesn’t move you from your couch, but put your mind literally on fire.

In fact they know you like it ! The Ruiner indeed show you their bright side with ‘10 Paces‘ and ‘In Dirt‘. Let’s be honest, the sound is the same, heavy, but the riffs are faster and don’t let you the time to try to understand what just happened to your ears. The killer riff and short bass intro give a lot with ‘10 Paces‘. They start the fire and put away all what you have in mind. This song also welcomes the low voice of Craig Westwood (the guitarist) who did an excellent work. They also add some calmer parts which make a break in this colossal odyssey.

‘In Dirt‘ is the longest song of the album (nearly 7 minutes!) and it really follows the flow of the precedent track. The intro slowly brings you back in your couch you just left, 1 minute ago. This song perfectly mixes the raw and slower parts, letting the clear voice of Craig slowly warms you up into bed, but at the same time, launching the enraged voice of Jason to wakes you up. This song is certainly my favourite.

After this first part of the album, The Ruiner come back with a powerful riffage and some heavy drums and rhythm with ‘Volcano‘, which will blow your mind. This song ends with a very beautiful and magical riff. ‘Fleshlight‘ and ‘The Bull‘ follow the good tradition The Ruiner have taught us : play heavy.. and fuc**** play heavy ! The fuzz buzz you hear all along these two tracks adds a real charm, which will please your ears, like mine.

The album closes with ‘Hanging‘, ending up perfectly the journey we just lived. The two guitars parts are incredible, filled with a fuzzy and awesome bass sound. The drums are kicking hard and give a heavy rhythm on this track (and on the whole album, by the way).

It’s really good to listen to a band which makes you want to move, to do something and in the meantime, to make you fly, supported by quiet parts and a loud bass/drum duo. This album is certainly a good surprise and it’s really worth a listen, for its powerful energy, sometimes raw and sometimes deep. Go check it out, you won’t be disappointed !

While driving on a desert road… with a monster truck ! More seriously, everytime you need to release the pressure and to get a real boost.