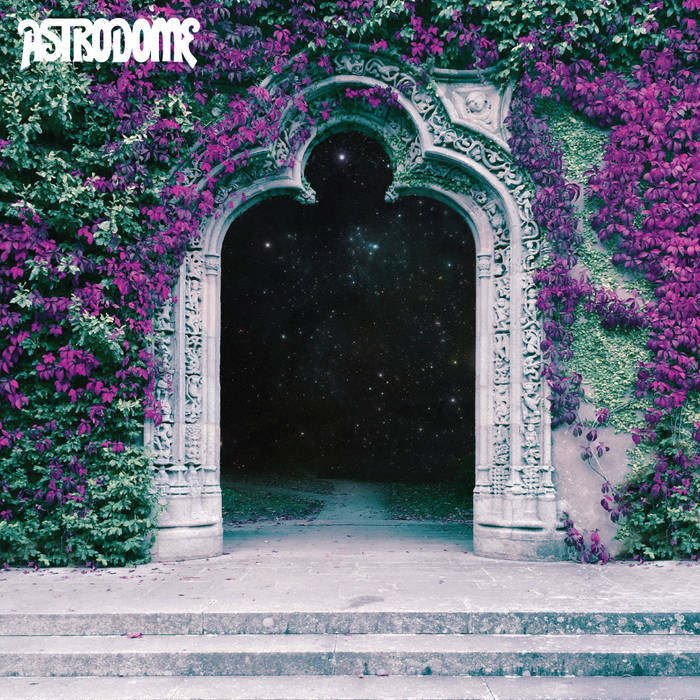 Well, 2016 is finally upon us, and it looks set to be another incredible year for heavy music! There’s Black Sabbath’s final tour and some long-awaited albums due to drop (words can not explain how excited I am for new Tool). But before we dive into another 12 months of fuzz, there is something that almost slipped by unnoticed, which urgently requires your attention!

Their name is Astrodome, and back in November they put out something magical. This Portuguese four-piece formed in 2014 and released a roughly recorded live demo, but now a year later, we get to hear their vision realised in its full glory.

Some of you may remember I reviewed Big Red Panda’s Grand Orbiter earlier in the year, and that album holds a lot of similarities to this (not just the fact these bands are based a few hours drive from each other!); The creative and hypnotic drumming, the warm and welcoming bass tone, the eclectic degrees of fuzzy guitars, and the gorgeous moments when they all meet up. Astrodome too prove that intensity and comfort aren’t always mutually exclusive.

So if Grand Orbiter was Portuguese heavy psych condensed into 30 minutes, Astrodome is surely what you get when you take that level of brilliance and give it over an hour to grow and flourish. I’ll warn you, this goes pretty deep. The songs all have a very gradual pacing to them, so don’t be expecting a quick fix of fuzz. Instead, be prepared for long sections of building and preparation to ensure you’re mind is ready for those final payoffs. But isn’t that what us psych fans love most? The palpable anticipation for what’s coming, and then it finally hits…magic.

This careful progression means each track is immensely descriptive with the mood and imagery it provokes. Each change in riff is like a peacock flaunting its colours. “Through The Black Hole” forces you deeper into your journey. “Fall” starts off full-on Pink Floyd before suddenly cascading down a whistle-stop tour of every kind of fuzz. “Coronation” has a show stealer of a drum solo that goes on for seemingly most of the song! Yet on an album without any weak links, there still manages to be a standout track – “Into The Deepest Space“. This is so good that upon my first time hearing it, I actually clapped at the end, despite being at home by myself! The last 5 minutes, when a metric ‘fuzzload’ of low end is poured into your lucky, lucky ears is an absolute necessity to experience for any heavy psych fan.

It wasn’t until listening to the album with a guitar in hand, trying to learn how to play it all, that I did notice they use similar riffs/chords quite a lot. However, if I’m only now finding a small fault, 15 playthroughs later and after deciding to learn to play bloody thing…that’s still a damn good album, right?

When you’ve had a bit too much, and you want a trip but the thought of doom metal is a bit scary.

First few times I tried to review this, I couldn’t, because I kept drawing this little star shaped dude who travelled through space at light speed on a unicorn-shaped motorcycle. He was later joined by a bumble bee that wore shades and played a floating drum kit. Yeah, it’s one of those albums guys.

P.S I’m yet to work out how the bumble bee reached the kick pedal.

Into The Deepest Space

The Devil and the Almighty Blues