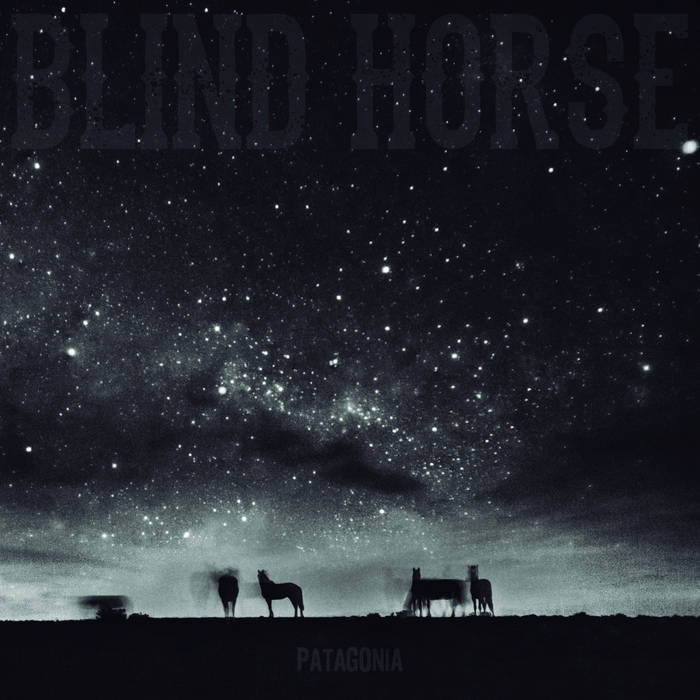 How about some Proggy Blues Rock from Rio?

Two whole years after their debut EP, “In the Arms of the Road”, Blind Horse, from Rio de Janeiro, Brazil, release their first full-length album, Patagonia, which features a more diverse and elaborated approach to their familiar bluesy retro sound – and man… do they deliver!

Patagonia is one of those albums you hit play and let your mind take you away – and this time it’ll be taking you in a psychedelic night ride through the sounds of South American fields.

The experience actually begins before you hit play – in that moment you realise you’re about to listen to an album with a 15 minute-long opening title track which asks to be listened to while enjoying a big ol’ fat one, like the lyrics suggest. And then you sit back and let Blind Horse take you through Patagonia with their majestic sound led by Rodrigo’s hypnotic guitar and Alejandro’s intense vocals.

The two next tracks are more familiar ground for the band – with the acapella piece “Stun Bomb Blues” and the straight-on Blues rocker “Rock and Roll Me“. “Noite Estranha” is the album’s lead single, it’s also Blind Horse’s very first song in Portuguese, their native language, and if you don’t understand the lyrics, which you probably don’t, I highly suggest you take the time to translate them while you listen.

But if you thought that was it, and the album’s highest point was its title track, you’ll be surprised – this baby ends even better than it begins. After “Noite Estranha” you’ll get my personal favourite here – “Soul Locomotive“, another lengthy track full of that bluesy sound they love to play. And then that’s it – the credits roll with the spoken word track “Los Heraldos Negros“, a psychedelic acid trip with lysergic organs and drumming and Spanish lyrics.

But then that’s when you gotta play this baby again – ’cause it gets better in the second – and even in the third listen!

Led Zeppelin, Siena Root, The Who, All Them Witches, Samsara Blues Experiment