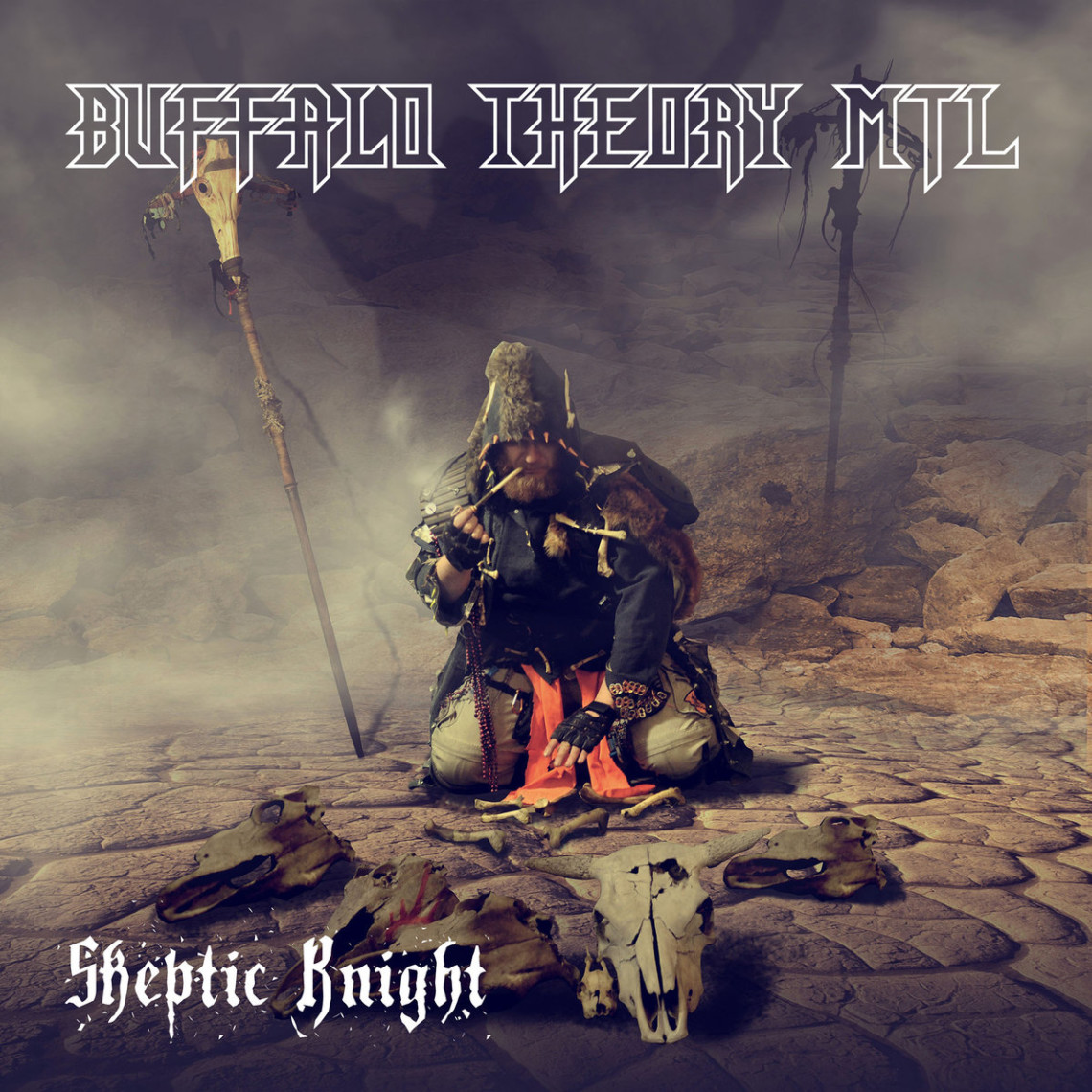 I have to admit I just discovered Québecoises Buffalo Theory MTL, even though they are not newcomers and their music is right on my wheelhouse. With one Demo, one LP, and one interesting EP already under their belts, they released Skeptic Knight last month to my surprise and subsequent delight. This is pure Stoner Metal.

Going back on their previous efforts, it becomes quite clear Skeptic Knight is an evolution in many aspects: production-wise, but also in their music and style. Skeptic Knight is a pretty straightforward LP, not only on account of being composed of only five tracks, but also regarding its music. Gone is the more ample musical construction found on Buffalo Theory MTL‘s 2012 Heavy Ride in favor of the continuous rollicking of riffs that make up Skeptic Knight. While usually I would be up in arms about something like that, and while I do appreciate what I heard in Heavy Ride, I think it’s hard to dispute that in this case, it has worked out just fine.

Skeptic Knight mixes the NOLA sound with a certain flavor vaguely reminiscing of Rage Against The Machine or Limp Bizkit, primarily on the vocals, but also on a more intangible fashion that you can feel on its riffing. I think the Slo Burn comparison unavoidable, although the music is different, but in part for the short LP style, in part for the straightforward stoner fuzz. The songs are enjoyable, following a formula built on pure, muscular riffs throughout all its tracks. As an anecdote, I also found a certain Metallica vibe on “Punishment”; you check it out and tell me on the comments if I’m wrong. While Buffalo Theory MTL‘s emphasis certainly isn’t in their lyrics, my only tangible gripe with this album is track three: I honestly ended up skipping it every time after I became conscious of the constant “get on it”. Repetition is a tool that sometimes works, and sometimes doesn’t.

Regarding the production, not only it is a huge step-up from previous efforts, but it’s also a testament to every fuzz band out there that it’s not necessary to compress your music to death and hail the almighty wall of sound to make a heavy album. Dynamic range and compression are something some of you may have already seen me mention, and I will continue championing them as long as you, improbable readers, abide. In this respect, I want to congratulate the band, and Peter Edwards who mixed and mastered it, for keeping me sane one more day.

The shortness of Skeptic Knight is, again, another huge right guess. The straightforward approach of the LP is reinforced by having only five tracks. Its five songs are pretty uniform on their sound, which makes me think that, had the album been longer, it would have become boring and samey. Instead, I’ve seen myself hitting the play again button. And that’s a success.

It delivers what it promises: muscular, rythmic stoner riffs. Short and sweet.

When you needa quick fuzz fix.

NOLA, Down, Slo Burn, Rage Against The Machine