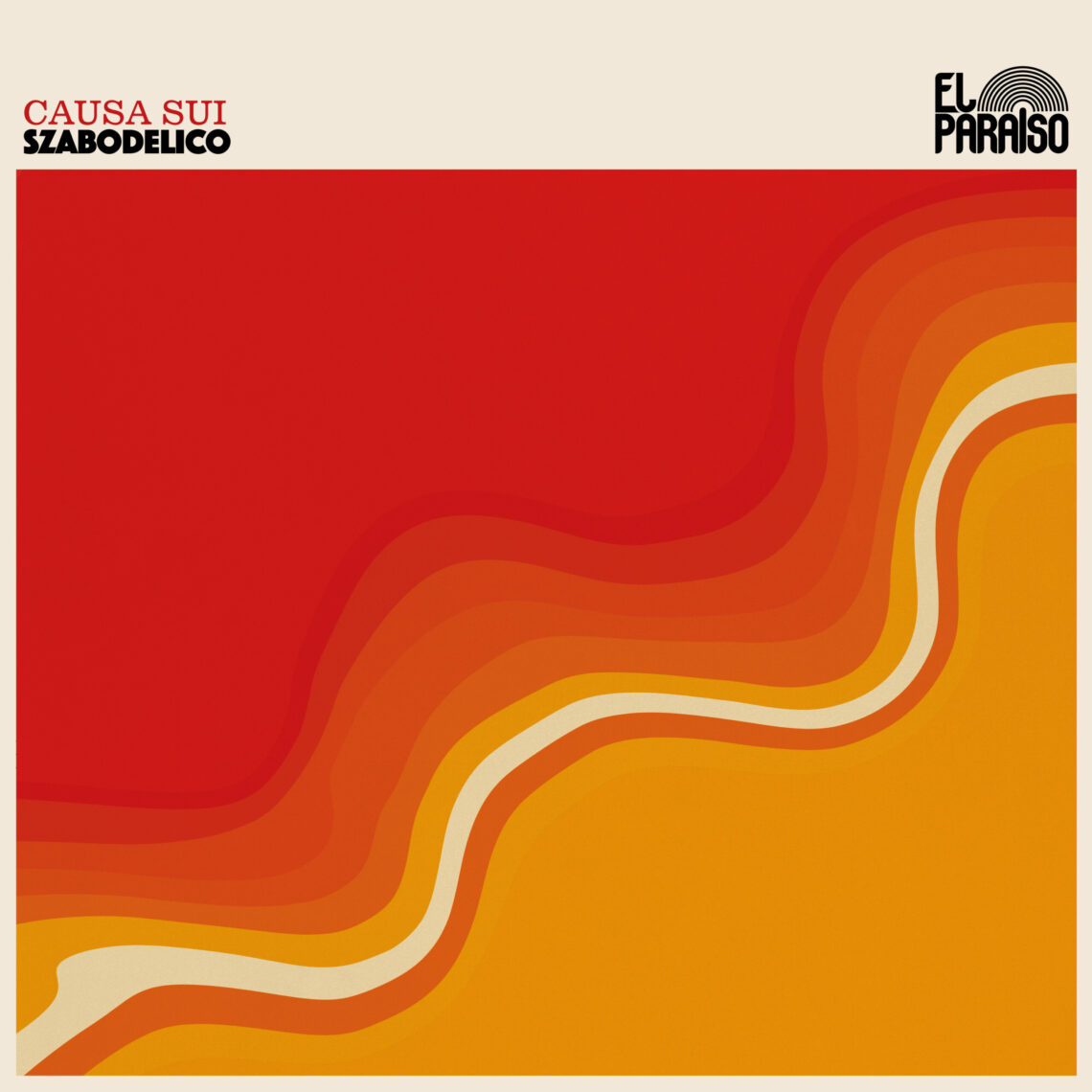 Welcome to the world of the endless summer...

Danish quatuor Causa Sui released their sixth album, the fourth out on El Paraiso Records. Entitled Szabodelico, it mixes up the inspiration from the Hungarian jazz guitarist Gabor Szabo to Causa Sui’s heavy psych inclination. The result is a shiny instrumental piece of psychedelic music.

I discovered Causa Sui six years ago. For my birthday, a friend texted me and, as a gift, put a link to their Summer Sessions Vol1. It was a revelation to me. The first time I listened to this fabulous mix of heavy psychedelia and jazz. In six years, they have contributed a lot to my musical construction. I assume I’m not the only fuzzy mind in this situation: Causa Sui stands as one of the kings of the European psychedelic underground. Szabodelico is the sixth album of the Danish quatuor.

The album’s title directly makes a reference to Gabor Szabo. He was a Hungarian jazz guitarist. His work is characterized by gypsy guitar compositions and a jazz musical basis. Like many jazz musicians of the ’60s and ’70s, Szabo was fascinated by the psychedelia he could hear in rock music. Then his work reflects these plural influences and his will to make them sound together. Once you know that, it becomes easier to understand why Gabor Szabo can be a source of inspiration for Causa Sui. Szabodelico is a shiny psychedelic album. A soft but complex contemplative instrumental journey that highlights Szabo’s legacy in Causa Sui’s music.

Szabodelico opens with “Echoes of Light”, a short free-jazz introduction typical of the band. The transition to “Gabor’s Path” is smooth. Jonas Munk’s clear guitar licks remind Szabo’s playing and composition. Floating waves on the keys give an oniric touch to the sound. The sweet psychedelia that irradiates all the album begins to infuse each element of Szabodelico’s universe.

The third track “Sole Elettrico” reflects more on Causa Sui’s previous works. Tension is progressive and subtle. The band displays its incredible ability to find the right balance between jams and a clear melodic guideline. The next one “Under The Spell” catches the attention with his western-like guitar riff. But a hallucinated one of course! It may be the most easy-to-listen track on the album. The psychedelic phase in the middle works perfectly. “Vibratone” is a hotter piece. The sound irradiates the atmosphere like the heat on a warm summer day. Once more, the guitar riff refers to Szabo’s music. Notes on keys add a spatial dimension.

The sixth track is called “Laetitia”. The flute guides us during this slow-tempo walk in a kind of dreamy forest. Instruments make live this mysterious jungle on the rhythm of a round bass. Then comes the eponym track “Szabodelico”. It is an upbeat track. It begins with Szabo’s inspiration and arrives in Causa Sui’s more intense heavy psych universe. It finishes in a hectic cacophony, the kind of passages that made Causa Sui’s reputation on past albums.

“Honeydew” works as a refreshing interlude. We can let us drift on these soft waves on keys. After this rest, “Lucien’s beat” comes with more energy. Music remains shiny. Struck chords sparkle while their echoes fulfill the air. Then arrives another short track entitled “Premonitions”. It is more electronic and gets closer to krautrock. The eleventh track “Rosso Di Sera Bel Tempo Si Spera” displays a peaceful strength. The relation between the drums, the other percussions, and the bass generates an elegant groove. There is something almost tropical in this track.

“La Jolla” may be my favorite. It confirms Causa Sui’s capacity to evoke large open spaces. The music depicts a cosmic Eden, where all the universe’s elements prosper in a perfect organic symbiosis. It revives with melancholia the warm nights of a summer that we wanted to be endless. The longest and last track “Merging Waters” (9mn52) offers a soft and proper conclusion to the journey, surfing on the foam of this summer spleen.

You may find me a bit hyperbolic writing about Causa Sui. You will certainly be right. However, I repeat – and I stand by this – that Causa Sui deserves our high recognition. It has been 15 years since they influenced the heavy and psychedelic scene with their boundless creativity. Our Danish fellows could have felt at ease in view of their instrumental mastery. They could have headed to hermetic experiments too. But disk after disk, they keep developing this virtuosity that transcends musical genres. And I can only be grateful for that.

With headphones, lie down on your sofa, waiting until next summer.

If you like Causa Sui, do not hesitate to check out the other productions from the excellent Danish label El Paraiso Records (Papir, Mythic Sunship, Kanaan among other gems).