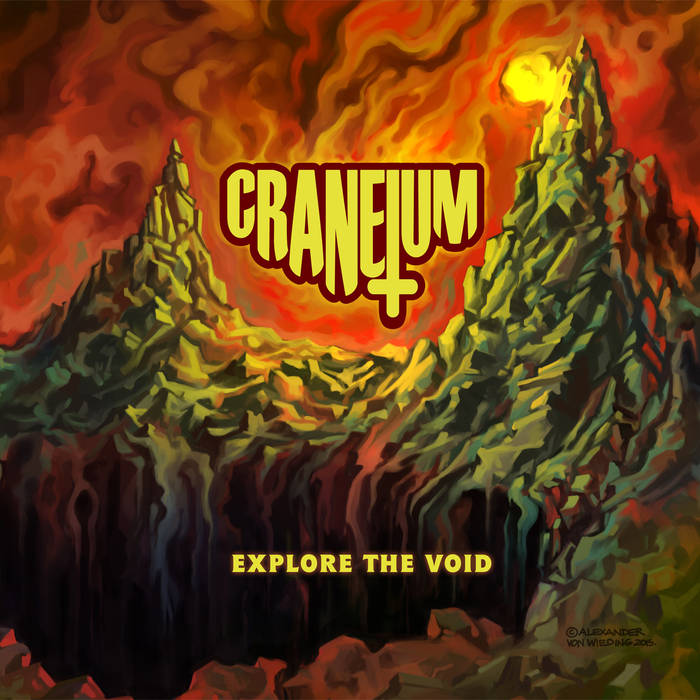 Fill the Void in Your Music Library With This Stunning Stoner Rock Album.

Ladies and Gentlemen fire up your rockets as we are about to embark on another galactic joy-ride, this time in the company of Finnish Stoner Rock band Craneium and their debut full-length album Explore The Void.

The band are like interstellar Mad Maxs’ scouring the rock universe for those precious and refined riffs to fuel their powerful fuzz rock machine. Mercifully these guys are no hoarders as they bring their bounty back to Earth, and share the wealth for us, mere mortals, to enjoy.

Honing their sound through a plethora of live performances, Craneium keep a raw edge running throughout the album and the clever use of splitting the lead vocal duties between Kajan, Ahlo and Brink also adds an intriguing element to the record.

That raw edge I mentioned is highlighted perfectly with the dynamic opening track ‘Imperial Duster’. A fantastically fuzzy and distorted riff runs through the next track ‘Meet On Mars’ before a change of tack with the more punk influenced ‘Holy Oath’.

‘Tzar Bomba’ has a wonderful hypnotic groove to start the song, accentuated by the smooth vocals, before the shredding guitar conjures up images of the forewarned nuclear apocalypse. ‘Harvest’ has some great contrasts, each verse combines a mellow rock sound to open followed by a sludge-like riff to close, before we are treated to some inventive distorted sound effects and an explosive finish.

There is no let up from the heavy fuzz rock vibe with ‘Demon Of The Sands’ and ‘Dr. Plague’ before once again the band show their great versatility with the ebb and flow of the electrifying ‘Witchcoven’.

The closing track, ‘Ceasing To Exist’, has a certain Pink Floyd style to it and is an awesome, euphoric nine minutes of rock culminating with a wonderful piece of acoustic guitar and is a fitting end to a mightily impressive album.

There is so much content and variety in this album that you could dip into this record whatever your mood.

The band is actively looking for a label to discuss a possible vinyl release for this album. Spread the word Fuzzers!