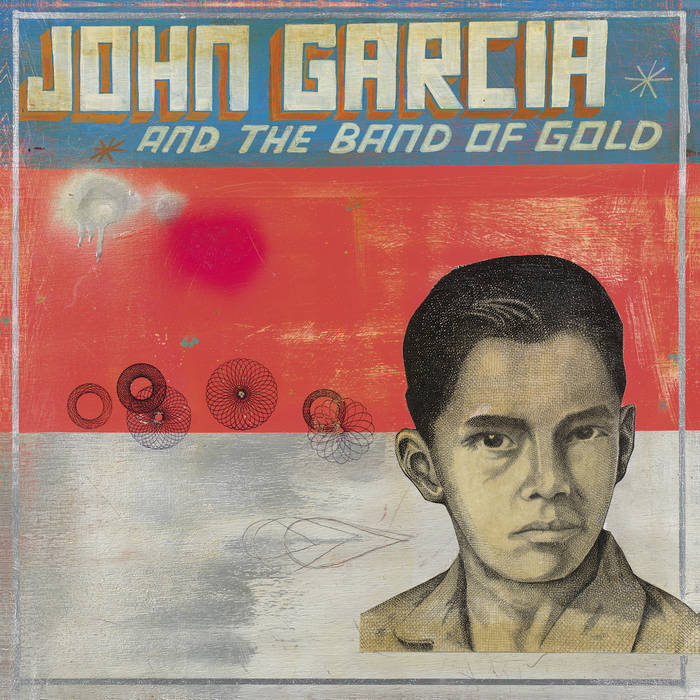 3 words to describe it with? FUN, SEX and DESERT. Yeah, you heard me right. Now go and spin that beauty!

Let me introduce you to the pinnacle of Garcia’s solo work which blends a variety of influences into a strong desert mixture, full of thick riffs, crisp vocals and astral grooves.

John Garcia and the Band of Gold loudly opened the year of 2019 releasing a self-titled record. Evoking a strong, frying-hot haziness of the Californian grounds, the band managed to craft an album which literally sounds and feels like the place where it was recorded. Knowing John’s honest yet passionate devotion to his roots, relatives and music, it would be a shame to miss his newest project. And believe me, there is nothing more rewarding than hearing the desert king at his finest. With a bag full of fuzzy treats by his side.

The album came to me as a surprise as Garcia’s solo work hadn’t been on my radar before. Okay I stumbled upon a single titled “Chicken Delight” earlier in November 2018 but I found it rather average so I let it go. More than 2 months later though, happy to hear about the release I just couldn’t wait to get my hands on what the Coyote had brought along. So it happened, all eager and plenty of optimism I gave it a first spin.

“Space Vato” opens the album with a gentle, spaced-out touch of fuzz only later to transform into a stellar machine shooting through the cosmos at light speed. This instrumental track sets the atmosphere just right introducing the listener to the wavy, echoing chords interwoven with some powerful bass lines. It very well does build up the tempo whilst warming up your blood for what’s about to come.

With “Jim’s Whiskers” the band follows up with a simple beat and some melodic vocals. The track is a smooth riffage with a constant, underlying groove of base and drums that gains more momentum and power during the last minute of the song. Yet again an energizing track that is as solid as it is fun. Keeping up with the vibe come “Chicken Delight” and “Kentucky II” (hidden love for KFC perhaps?) that bring new riffs to the table yet lean more towards the world of catchy rock and roll rather than its stoned and dusted cousins. The latter was actually written back in 2017 where it was unplugged and under a different name of “Give me 250 ML”. A fun touch I’d say.

Now, you probably know this moment when you listen to something new, it kicks in and you’re suddenly like ‘Damn! That’s gooood!’. Well guess what, it happened when playing “My Everything”. This track is certainly a highlight of the album, if not its best cut. I love it for how it gradually grows, builds-up and enfolds while being guided by Garcia’s amazing vocal play. And when it culminates and finally explodes I just end up crying for my sanity has been kidnapped by a mesmerizing riff. It really is that good.

Moving on to the second half of the album, gold keeps on flowing and fun is still there. Even though two more tracks (“Cheyletiella” and “Don’t Even Think About It”) were again taken from “The Coyote Who Spoke In Tongues” from 2017, I loved the new touch they were given. This angry yet cheerful boost that guides the remaining tracks carefully dances with its calmer, at times even eerie rhythmic brothers. Yes, it offers both worlds at the same time, just in varying proportions and duration.

At the very end of this incredible journey comes Softer Side , the sweet ending reminiscent of drops of unmolten honey on the bottom of a teacup. When I’ve first heard this song, I sat back feeling astonished and lost in my melancholia. Where did this gem came from?  I asked. How can one’s voice be so fragile yet carry so much content and emotion? This I still haven’t discovered. For all I know, Softer Side pleasantly stunned me and came as something that perfectly illustrates who John Garcia is and what sits in his mind. For that is empathy, struggle, love and passion. Not to mention the brutal energy that sometimes leaves me wishing I had a roadster to shoot down the Palm Springs freeway and escape from it all.

One thing is certain though, “John Garcia and the Band of Gold“ is a solid piece of desert-infused rock and roll that celebrates its roots while single-handedly slashing through the sonic realms of fuzz. Yet despite all the financial and emotional turmoil surrounding the making of this record it turned out to be a great piece of music summarizing John’s musical spirit and proudly drawing from some previous ideas and sounds.

My Everything, Softer Side

John Garcia and the Band of Gold Links