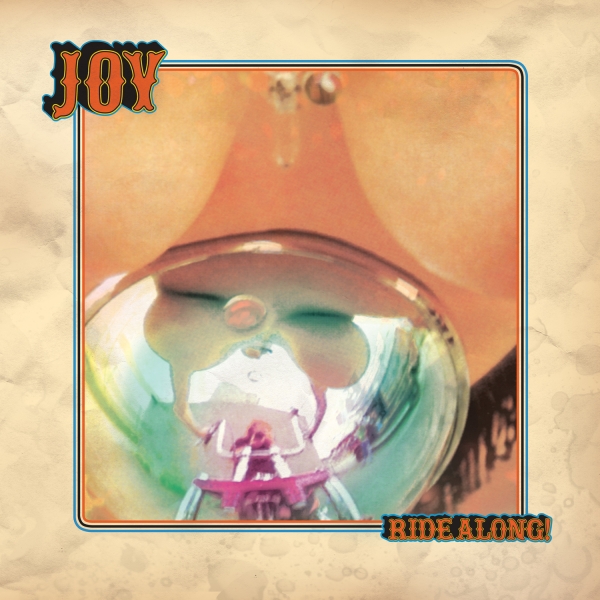 Joy brings us fuzzed out noise in the most accessible and enjoyable way possible !

Off of Teepee Records is stoner rock/acid psych rock band Joy with their second album called “Ride Along!“. Joy has been with Teepee Records since their first album and continued their otherworldly legacy on this recent album. Noise is often used as a negative way to describe sound and music, but Joy redefines the word into a much kinder and common approach to sound.

Playing any kind of music obviously involves a lot of movement, but that is not what I mean when I say there is a lot of motion on Ride Along!. Ride Along! doesn’t let up for a moment in any aspect. From the start of the record to the end, there is constant movement and energy. This is definitely one of the more energized records I’ve listened to this year: you can visualize the guitarists moving with the guitars with each lick and the drummer bob his head to the groove just like you would. The drums probably have the most contagious movement. You can tell the drummer was really feeling the music and feel him smash the cymbals with each accent. That adds the extra kick needed in Joy’s style because of how active their music is.

Moving away from activity, I love the vocal effects used on Ride Along!. The vocals sound like they’re on a megaphone and it somehow matches the super fuzzed guitar work. While the guitars wail away on the high notes during a solo, the vocals throw fuel into the fire. The bass is usually the only instrument that keeps things from flying off the rails too much by keeping some consistency. Between the rest of the band, you never know what you will hear, but you know it will hit you hard. Some songs are a bit more tame than others, but every song is wild at heart. “Evil Woman” is one of the more tame songs by keeping the solo within sight, which directly contrasts to all of “Red, White, and Blues.” Between the quick little riffs and licks played between beats and the overall fast speed of the song, “Red, White, and Blues” accurately captures what Joy is all about.

There are a lot of blues references throughout Ride Along!, and for good reason. Joy definitely has a vintage sound and not because of the effects they use or instrumental tones. There are a lot of bluesy solos and riffs on Ride Along!. You can listen to any song to hear the influence, but the ones that really stand out are “Ride Along!” and “Certified Blues” (Which is a ZZ Top cover). The guitars and vocals have so much crackle to them, it helps give an aged sound without sounding lo-fi. Even with all of the effects on, and there can be quite a few, you can still somehow make out the notes being played and what effects are being used. I’m amazed every time I hear the whacky combination of effects because I know I can’t make all of them sound that good at the same time. And to think Joy solos with that madness just makes it more amazing.

There are a lot of things I like about Ride Along! , but one is that some of the riffs consist of tiny, mini solos rather than a continuous set of notes repeated. Another is how unexpected some of the song progressions are. When “Gypsy Mother’s Son” first plays you think it’s a really laid-back song that doesn’t carry itself like the rest of the album, but you have to wait for the break. Give it a few minutes, less than four, and boom. I’m not saying it spins off into another dimension or anything, but it surely does take things up a notch or two and reintroduces wailing technical guitar work for the remainder of the song.

I listen to music in this vein when I’m in a good mood and want to do something. I feel like this would be a great album to throw on while you are driving to a vacation spot or an activity of some sort